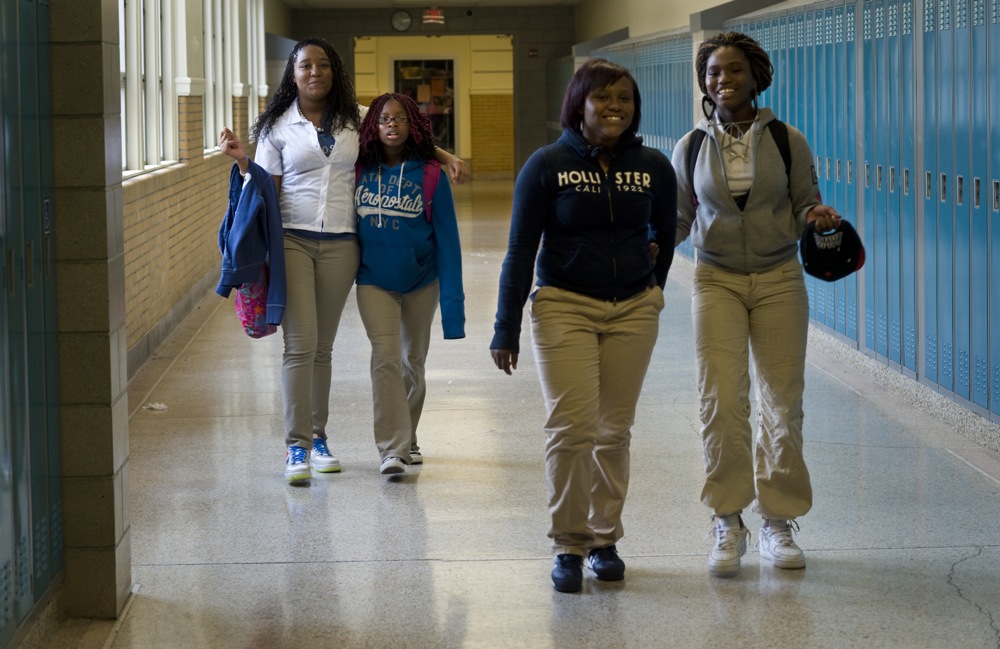 *UPDATE 2/16/2012: The short-lived experiment at Westinghouse High School is chronicled here by Pulitzer Prize winning photographer Martha Rial. Students talked about their experiences in September and October, 2011, when they were in the midst of the changes.

The historic Westinghouse High School in Pittsburgh opened this fall as an academy with single-gender classes. Its students attend longer classes, go to school more days and focus on leadership, as well as the traditional subjects. The building teems with energy as students in white shirts and khaki pants, their daily uniforms, walk the halls. As for the hotly debated single-sex classes, the Pittsburgh Public School Board voted in November to end them after only three months.