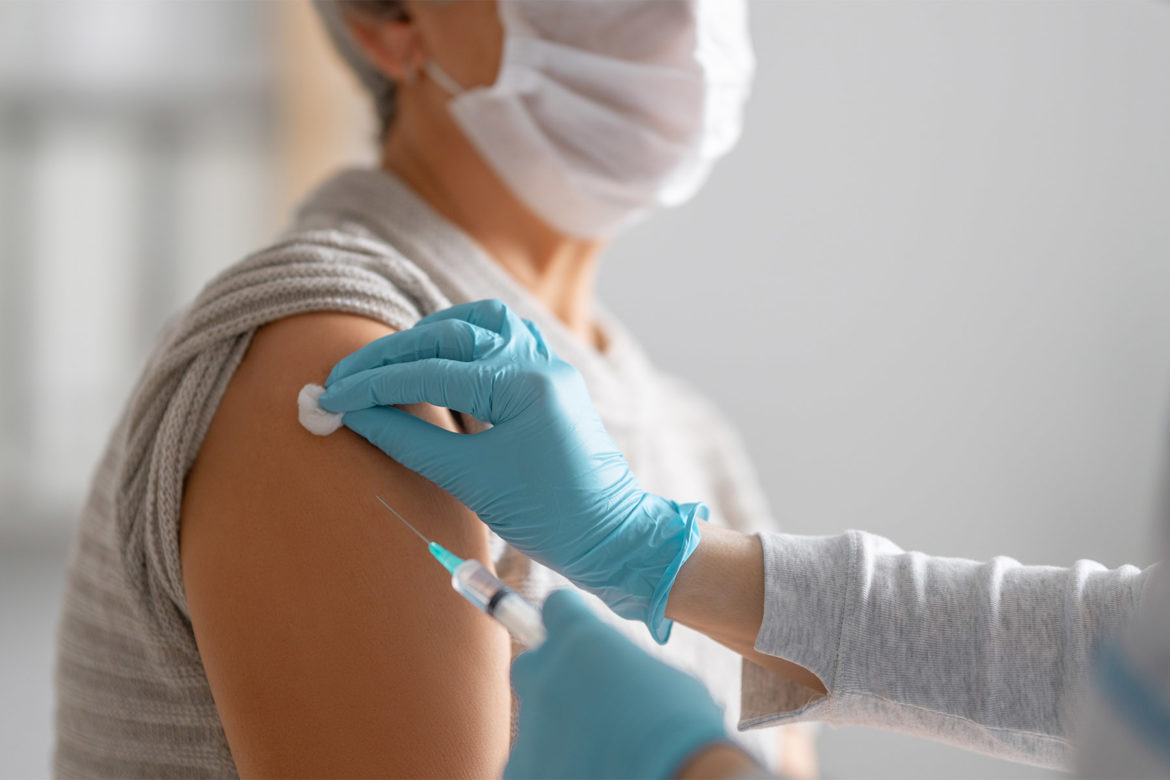 Update (8/17/2001): The federal government authorized third doses of the Pfizer and Moderna vaccine for immunocompromised individuals. A plan to provide booster shots to all vaccinated individuals after eight months is reportedly being finalized.

When the pandemic hit, Rachel Battaglia watched people around the world seized by fear that they would contract a highly contagious illness their bodies had no way of fighting. Suddenly people were aware that a cold for one person could mean hospitalization or death for someone else.

“It was almost like really nice for me, for a year, to have people be more cautious,” she told PublicSource. “I hate to say that because it was so scary for everybody else.”

Battaglia, a licensed psychologist in Cranberry, spent childhood getting sick over and over, even though she was fully vaccinated for school and for life in college dorms. “I got weird stuff, too,” she recalled. “I got chicken pox all the time. The mumps. I mean, constant upper respiratory infections and pneumonia.”

Around 2006 at the age of 22, she was diagnosed with Common Variable Immune Deficiency [CVID], one of the most frequently diagnosed immune disorders that arise spontaneously, rather than being caused by another illness or event. People with CVID make fewer or no disease-fighting antibodies and do not develop immunity normally after getting vaccines.

Battaglia still gets vaccines, though. She gets flu shots twice a year, and even though she still gets the flu, it is less severe than what she experienced without the shots. When vaccines for COVID-19 became available, she got the Moderna vaccine as soon as she could. Even though she doesn’t produce antibodies, her immunologist said the mRNA vaccines, Pfizer-BioNTech and Moderna, stimulate T cell immunity, which might protect her from severe COVID-19.

Since July 22, when officials from the Centers for Disease Control and Prevention [CDC] told immunocompromised people and their doctors to “stay tuned” for possible approval of additional COVID-19 vaccine doses that could enhance this population’s resistance to the virus, Battaglia has been curious to find out whether her doctor will recommend another dose.

The announcement came in the wake of reports that people with impaired immune systems do not have the near-complete protection from COVID-19 that vaccines give to everyone else.

And while severe cases are rare across the board for vaccinated individuals, in a study of 45 vaccinated patients with breakthrough infections, 20 of them (44%) were immunocompromised patients.

Roughly 12 million people in the United States have weakened immune systems. They may be immune-deficient from an illness like CVID, HIV/AIDS, lymphoma or another immune system disorder. Those who are immune-suppressed may be taking anti-rejection medicines such as those that keep solid organ transplants working, or they may be receiving treatment for cancer or autoimmune disorders.

Given the longer times immunocompromised people with COVID-19 can be contagious, vaccinating them, their families and communities to form a protective shield has broader implications than keeping one person or family healthy and whole.

Historically, immunocompromised people like Battaglia have benefited from vaccines and routinely receive flu vaccines and others even though their resulting immunity is not typically as strong. Considering the increased risk of hospitalization and death that immunocompromised people run if they contract COVID-19, the CDC has advised doctors to encourage patients who have impaired immune systems to get vaccinated and also continue following precautions like masking, hand-washing and physical distancing.

For those who are vaccinated, much of the recent research has revolved around whether this population is responding adequately to COVID-19 vaccines and if an additional dose would help that response.

Some researchers say yes, and some countries have gone ahead and started giving extra doses. Israel has started administering third Pfizer-BioNTech shots to all individuals who are immunocompromised and over 65 years of age. And French scientists reported in June that while only 40 of 99 organ transplant recipients studied produced antibodies in the month following their second Pfizer-BioNTech shot, that number went up to 67 in the weeks following a third dose. The production of antibodies — immune system proteins that stick to germs and flag them for destruction — is often considered a decent measure of immune response.

But Dr. Ghady Haidar, a UPMC transplant infectious diseases physician and assistant professor in Pitt’s Division of Infectious Diseases, explained to PublicSource that antibody levels don’t tell us everything there is to know about an immune response.

Haidar is the lead author on a study whose results were released at the end of June without peer review in the interest of getting the information to the public quickly. They confirmed suspicions that most of the immunocompromised study participants who were fully vaccinated did not produce as strong of an antibody response as healthy ones, and that their immune systems were less likely to neutralize the virus if they were exposed. The notable exception in these results came from people with well-controlled HIV infection, who produced antibodies to COVID-19 at comparable levels to healthy participants.

Although circulating antibodies are by far the easiest and cheapest immune system component to measure, the other immune factors can’t be discounted, Haidar said. These are primarily T cells and B cells, which perform functions like recognizing infections, alerting the immune system about them, releasing antibodies and other substances that inactivate germs and consuming and killing microbes.

A patient with undetectable or low levels of antibodies may still have these cells circulating in their bodies, protecting them, Haidar said. They are just harder to measure.

Would an extra shot help?

When asked about whether individuals with weak immune systems should be getting a third shot of Pfizer-BioNTech or Moderna vaccines, or a second shot of the Johnson & Johnson vaccine, Haidar said we don’t know for sure that higher antibody production equals higher immunity, so more data is needed.

“If someone didn’t make an antibody after an initial two-dose series but then made one after a third dose, are they actually more protected? I mean, maybe, but also maybe not,” he said.

This uncertainty is a factor because one of the ways the CDC could make additional doses available for immunocompromised individuals is expanded access, also known as compassionate use. One of the requirements for this regulatory pathway is that the potential benefit of a treatment outweighs the risks. If the FDA does not see evidence of enhanced protection, it might not meet the threshold.

Barring this pathway, the CDC will have to wait to make this recommendation until the FDA fully approves the Pfizer-BioNTech, Moderna and Johnson & Johnson vaccines or amends their emergency use authorizations.

Is an extra dose the same as a booster?

Pfizer recently made the case for booster shots for all to renew immunity that they say may wane over time.

The risk of breakthrough infection for immunocompromised people is significantly higher than for healthy people, making this a categorically different question.

Francis S. Collins, director of the National Institutes of Health, recently told the Washington Post a third shot for immunocompromised people is necessary for them to reach a level of protection closer to that of healthy individuals.

“I wouldn’t call that a booster,” Collins said. “I would call that trying to get the primary immunization into the effective place.”

How does this affect everyone else?

A person with a weak immune system has a higher likelihood of getting sick from any disease-causing agent that enters their body. Since the pandemic began, immunocompromised people who have gotten COVID-19 have tended to be sick for much longer than their neighbors with stronger immune systems. A study of cancer patients with COVID-19 showed some remained contagious for 61 days. Research shows that healthy individuals aren't generally contagious after 10 days, though that can extend to 20 days during more serious illness or if the individual is immunocompromised. During this time, the infected individual’s body is creating countless new copies of the virus and, with each one, the potential for new variants.

However, pushing boosters for everyone has led to objections because the global need for vaccines is still a major problem.

World Health Organization Chief Scientist Dr. Soumya Swaminathan recently tweeted: “Before boosters in some countries, we need to vaccinate the vulnerable in ALL countries,” indicating that keeping the immediate focus on the immunocompromised and the unvaccinated is the right way to go.

Juliet B. Martinez is a freelance journalist on Pittsburgh’s North Side. Reach her at julietbmartinez@gmail.com or on Instagram @JulietBMartinez.