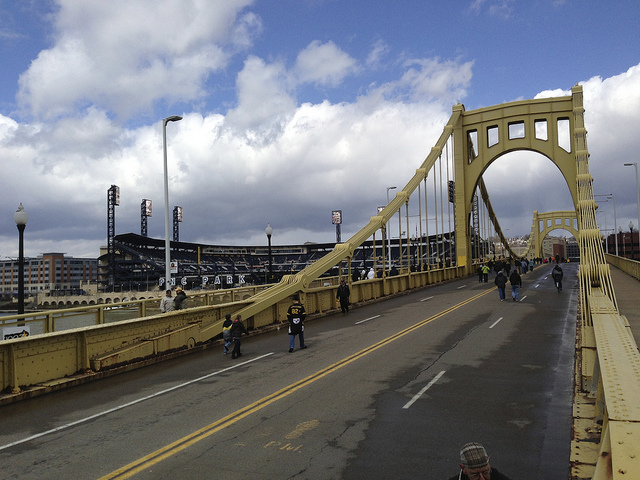 Democratic U.S. Sen. Bob Casey emphasized the importance of funding bridges that Pennsylvanians use to go to work and school soon after the U.S. House of Representatives approved a $305 billion transportation funding bill 359-65 on Thursday.

The bill is expected to pass in the Senate and be signed by President Barack Obama, according to The Hill.

Casey said the bill would provide a stable future for funding bridges that aren’t part of the national highway system, called “off-system bridges,” in a conference call with reporters on Thursday.

He said there would be $73.8 million for these off-system bridges in Pennsylvania each year for the next five years. Since 2012, the state has received the same amount of money as it would in the proposed bill, but it had to be approved on a yearly basis.

Of the more than 1,200 bridges in Allegheny County, 350 are off-system bridges, according to data provided by Casey’s office. These bridges could be owned by local, county or state authorities.

Casey said it’s up to the counties to prioritize which bridges get fixed first and to submit requests to the Pennsylvania Department of Transportation.

"I'm sure counties know better than I do,” he said.

Pennsylvania has more than 22,000 bridges and 23 percent of those are structurally deficient, according to the American Society of Civil Engineers. On the group’s 2014 infrastructure report card, Pennsylvania received a D+ for the condition of its bridges.

This federal help, on top of millions from the state’s 2013 transportation bill, could start alleviating the backlog of infrastructure projects around the state.

“Finally, PA will have more resources than it did in the last several years,” Casey said.

The potential for its reinstatement has angered some Republicans, including Texas Sen. Ted Cruz, a presidential candidate.

Boeing, which was founded in Washington, had about $3 billion worth of jet sales that couldn’t be financed when the Export-Import Bank was shut down earlier this year, according to seattlepi.