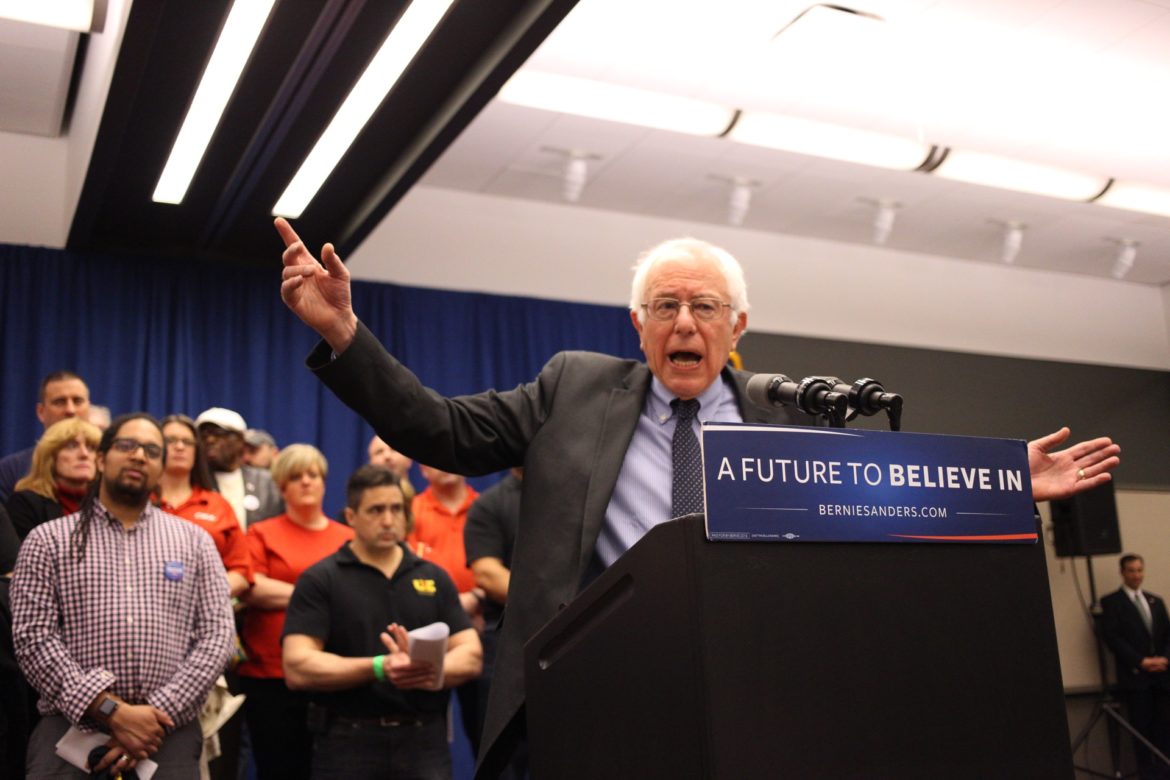 At the Pittsburgh event, the 74-year-old senator from Vermont focused heavily on free trade, an issue the campaign linked to regional jobs lost to competition in China and Mexico, notably at Allegheny Technologies, which laid off workers at two idled steel plants and GE Transportation in Erie, which has laid off hundreds of workers at its locomotive plant.

“Over the last 35 years, our trade agreements have been rigged by corporate America to shut down manufacturing plants in Vermont, in Pennsylvania,” Sanders said in a press release.

During the rally, Sanders said:

When I came to Congress in the 1990s, I didn’t need a PhD to understand that these trade policies were written by corporate America for one very simple purpose. And that purpose was to not have to pay workers in this country a living wage. The purpose of these trade agreements was to enable them to shut down factories in Pennsylvania, in Vermont...

Sanders criticized Democratic primary opponent Hillary Clinton’s use of Super PACs, describing the system as “corrupt and complex.” Sanders, in contrast, has funded his campaign with contributions by individual supporters who have on average contributed $27, the campaign said.

In the 2008 Pennsylvania primary election, Clinton beat out President Barack Obama with 55 percent of the vote.

In Pittsburgh, the first Bernie supporters to arrive late Wednesday were a mother and daughter who started a line at that would wrap around the David L. Lawrence Convention Center and through the parking garage. Doors for the event opened at 7:30 a.m.

Sanders quickly headed to another rally in the Bronx, while local supporters here moved to his campaign office on the South Side to volunteer their time.