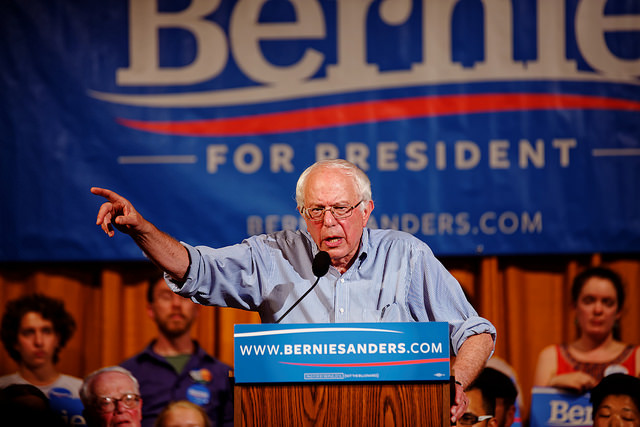 Vermont Sen. Bernie Sanders has pulled even with former Secretary of State Hillary Clinton in a recent Iowa poll by Quinnipiac University.

Sanders leads Clinton 41-40, which is a vast improvement over their July poll when Clinton was leading 52-33.

Vice President Joe Biden, who spent Labor Day in Pittsburgh and has not declared if he is running for president, polled in third place at 12 percent.

“Sen. Bernie Sanders has become the Eugene McCarthy of 2016,” said Peter A. Brown, assistant director of the Quinnipiac University Poll. “He is the candidate of the Democratic left, against his own party’s bosses and their prized presidential candidate, Secretary Hillary Clinton.

“Sanders has seized the momentum by offering a message more in line with disproportionately liberal primary and caucus voters.”

Among those polled, 79 percent had a favorable opinion of Biden compared with 78 percent for Sanders and 76 percent for Clinton.

“Although Vice President Joseph Biden received only 12 percent of the vote in this poll of likely Democratic Caucus-goers, he still may be a winner in the zero-sum game of presidential primary politics because it further increases questions about Clinton’s electability.”

The poll surveyed 832 likely Iowa Democratic Caucus participants on land lines and cell phones between Aug. 27 and Sept. 8. The poll’s margin of error was 3.4 percentage points.