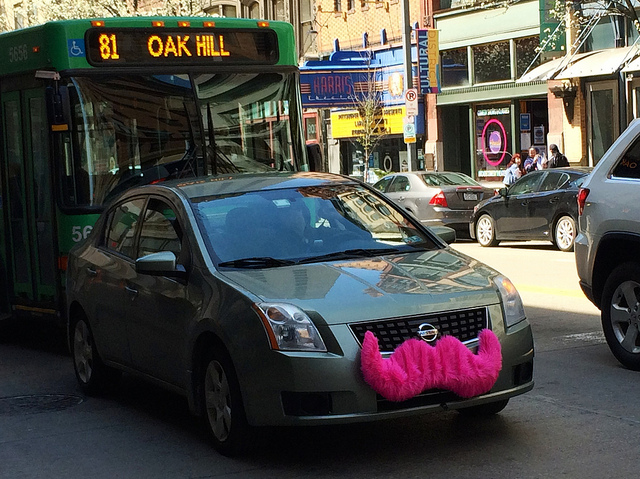 Ridesharing services such as Uber and Lyft are closer to being formally regulated in Pennsylvania after Senate Bill 984 was approved 23-2 by the House Consumer Affairs Committee on Wednesday. It will now be considered by the full chamber.

Uber and Lyft are both conducting business in the state through the use of temporary licenses, though they are currently operating illegally in Philadelphia, where taxi services are regulated by the Philadelphia Parking Authority.

The bill includes regulations to administer background checks of potential drivers, says drivers must be at least 21 years old with a valid driver’s license and that the vehicle must be insured. No car used for transportation for a rideshare company may be over 10 years old, with the exception of hybrid cars, and no vehicle can have more than 350,000 miles on the odometer. Both Uber and Lyft already include some of these provisions into their company standards.

“While there are still aspects of the current bill we are concerned with, we are glad it is moving through the legislative process and look forward to continuing the public discussion about the benefits ridesharing brings to people in Pennsylvania.”

“While we still have serious concerns on some key outstanding issues, we look forward working with House members in the weeks ahead to resolve those concerns and establish a permanent, statewide home for ride-sharing in the Commonwealth.”

Since its introduction in September, SB 984 has encountered considerable pushback from traditional taxi companies in the state. When the Pennsylvania Public Utility Commission (PUC) granted temporary licenses to Uber and Lyft in 2014, taxi companies sued the commission. In April, a panel of judges voted to uphold the rideshare companies’ right to operate within the state.

Beginning in February 2014, Uber and Lyft were operating illegally, offering rides in Pittsburgh  without licenses from the PUC. Because of those illegal rides, both companies have faced fines from the state.

In April, the PUC issued an $11.4 million fine against Uber for operating in the state without a license. That’s the largest fine ever issued by the PUC, breaking a record of $1.8 million set last year.

In its motion for the fine, the PUC wrote:

“It must be recognized that Uber has deliberately engaged in the most unprecedented series of violations of Commission orders and regulations in the history of this agency. While we cannot disclose the number of proven violations, as this data is proprietary, this figure, in the many thousands, far exceeds any prior case involving the commission.”

Lyft previously reached a $250,000 settlement with the PUC in 2015 for operating without a license.

“Decisions like this unprecedented fine against Uber will make it difficult for Pittsburgh and other cities to attract technology companies to our state,” the letter said, “and have a chilling effect on the new economy we are trying to build in Pennsylvania.”

Uber has made recent investments in Pittsburgh. Its Advanced Technologies Center, located in the Strip District, will employ an estimated 400 workers and will focus on research to develop driverless cars.

Uber announced in February its intentions to open another center in the Almono development in Hazelwood. The 178-acre development site aimed to “develop a sustainable riverfront community with significant economic impact,” according to Uber’s press release.

In all, 32 states and the District of Columbia have enacted rideshare legislation, and an additional 14 states have pending bills. Only Delaware, Florida, Oregon and Wyoming have no laws regarding rideshare regulation that are either on the books or being discussed in the state legislature.

Last year, Bloomberg reported that Uber has 250 lobbyists and 29 lobbying firms registered in state capitols across the nation. Uber has spent nearly $750,000 on lobbying in Pennsylvania since July 2012, according to the state's lobbying disclosure website.