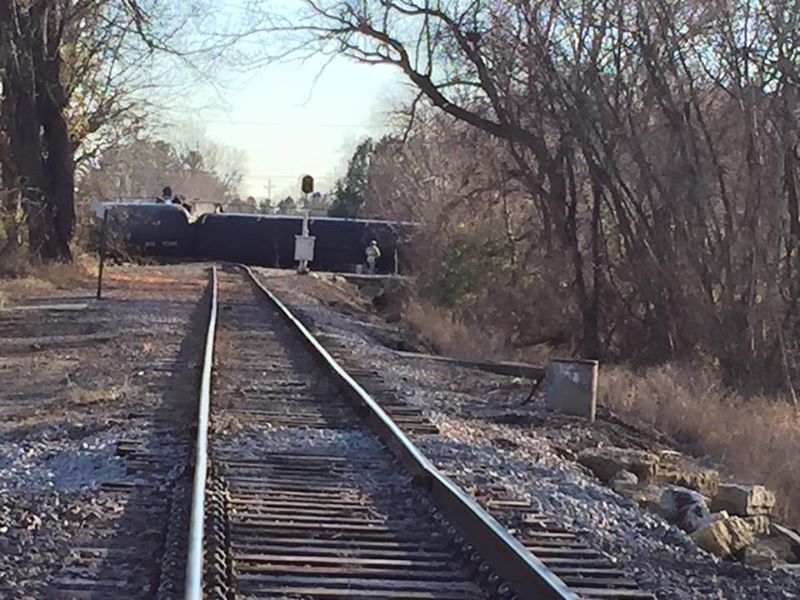 Three and half hours into a daylong event focused on crude oil trains in communities, tensions boiled over.

“What we are not going to be able to confirm is exactly what lines they are on or what are the hazards and the most desirable targets,” said Ray DeMichiei, a top emergency response official in Pittsburgh during a panel discussion in Oakland’s Wyndham University Center at the Friday event.

“What advantage does it give you to know in downtown Pittsburgh how many daycare centers are within a mile on either side of a rail line?” DeMichiei said to the 100-plus person crowd.

“Because this is the American public! This is a democracy!” someone screamed from the crowd among a cacophony of claps and “Woo-hoos.”

The question at hand: Why do officials and railroads cite national security reasons for keeping information about crude oil routes and emergency plans from the public when the trains are impossible to hide?

Pennsylvania officials say about 60 to 70 trains travel through Pennsylvania weekly, carrying fracked oil from a North Dakota shale deposit on their way to refineries in Philadelphia.

But specific information on train schedules and emergency response plans for crashes are kept secret. Environmental groups and people living close to tracks have pushed for more disclosure after a series of oil train crashes in North America since 2013.

DeMichiei told the crowd that Pittsburgh has an emergency response plan and the city is prepared in case of an accident. But officials won’t release specific information on the plan and don’t want to give the “bad guys,” or terrorists, exact locations of where the best place would be to blow up a train in the city.

More than two dozen speakers presented at the event, including emergency responders, government officials and environmental activists. PublicSource is partially funded by the Heinz Endowments, which organized the event.

Officials from Norfolk Southern and CSX, the two railroads that haul crude oil in Pennsylvania, were not present at the event because organizers said they wanted to focus the conversation on collaboration between communities and government officials.

Fred Millar, an independent rail safety consultant based in Washington D.C., and panelist at the event, said he’d like to see more information become publicly available.

“These are elephants tiptoeing through the tulips,” Millar said, referring to how obvious mile-long oil trains are rolling through cites. He said railroads should release other “secret” documents including worst-case scenario plans, proof of catastrophic insurance and comprehensive emergency response plans.

A local official from Spokane, Wash., spoke about the importance of forming regional partnerships to put pressure on the federal government to pass more stringent safety rules.

Sarah Zarling, a resident of Watertown, Wis., flew in to attend the event, which was only a few days after a crude oil train derailed near her house on Nov. 8. The day before that, another train crashed in Wisconsin and spilled 20,000 gallons of ethanol into the Mississippi River.

“It was very scary,” she said of the Watertown crash. “We just heard this big boom.” Thirteen cars went off the tracks and about 1,000 gallons of oil spilled from one car, according to media reports. There were no injuries or fires.

About halfway through the event, Phil Johnson, the Heinz Endowments science and environment program director, alerted the audience that a Norfolk Southern train had derailed in a rail yard near Philadelphia. There were no spills or injuries.

“I think this kind of brings home this issue a little bit,” Johnson said about the derailment. “It’s important for us to push hard to prevent these incidents from continuing to happen.”

The event kicked off a weekend event focused on what strategies community activists can develop to pressure railroads and governments to do more to protect the public and the environment.