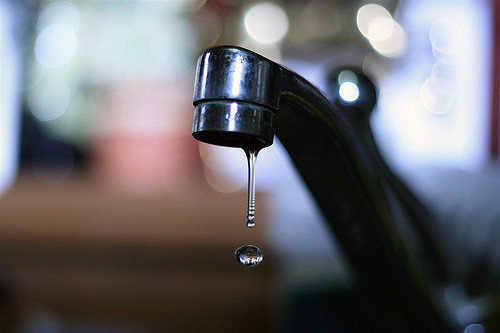 After two tests in November showed high levels of carcinogenic chemicals in drinking water at a small Washington County school district, a more in-depth round of testing by university researchers in February now shows safe levels in the area.

These tests came after THMs — known carcinogens with federal limits for safe drinking water — were detected in drinking water at the Bethlehem-Center School District in Fredericktown.

“We decided to do a series of repeated sampling to see if the numbers persisted” from the November tests, Ziemkiewicz said. “They did not.”

In February, four weekly samples were taken in the Monongahela River upstream of all five of the intakes for the water authorities, he said.

All of the tests showed safe levels of trihalomethanes in the water. THMs can form when organic compounds found in river water mix with chlorine used for disinfection at drinking water treatment facilities.

The team took 32 samples at 11 locations throughout the water authorities' distribution systems.

More tests were needed to figure out if there was an immediate threat after the tests in the school district, Ziemkiewicz said. (The February testing was funded by the Colcom Foundation, which also provides funds to PublicSource.)

People who consume THM-laden water over many years may have increased risk of kidney, stomach and liver disorders and certain cancers.

School officials solicited water testing last year after concerns circulated about radioactivity and other chemicals in Ten Mile Creek. The creek is a major tributary to the Monongahela River, which is a source of drinking water for hundreds of thousands of people in the region. Tests from WVU researchers and state environmental officials have since shown safe levels of radioactive elements in the creek.

PublicSource has been writing about pollution concerns in Ten Mile Creek for more than three years. Some local residents, including people living in Labelle and prison guards at the State Correctional Institute of Fayette, think their health problems — including kidney issues and cancer — may be linked to THMs in their drinking water.

In early February, the Pennsylvania Department of Environmental Protection tested the drinking water at the school district for THMs after concerns were raised from the WVU November testing. The subsequent DEP tests showed levels were well below safe drinking water limits, according to The Observer-Reporter.

The Federal Safe Drinking Water Act sets a limit of 80 micrograms per liter as the allowable amount of THMs in drinking water when averaged over one year. Pennsylvania regulations require sampling for the chemicals every three months and determines compliance based on the average of the previous four tests.

The school district pulls its water from Southwestern Pennsylvania Water Authority, which was included in the WVU study. The authority's general manager wrote in a letter last month to Bethlehem-Center officials that the plant has been in compliance with state clean water regulations since 2013, according to the newspaper.

However, other water authorities included in the WVU study have recently been out of compliance with THM levels.

The Tri-County Municipal Water Authority in Fredericktown has exceeded safe drinking water limits for THMs numerous times in recent years, and the Charleroi water authority recently went out of compliance.

Tri-County officials have said the problem stems from low water usage in a certain portion of their system, where chlorine has more time to interact with organic material, according to the Uniontown Herald-Standard.

Others have speculated for years that the high THM levels stem from high bromide concentrations in Ten Mile Creek and other streams in the area. Bromides can mix with other compounds at drinking water plants to create the carcinogenic chemicals.

WVU tests along with water testing led by a local conservationist group have shown high bromides levels in the creek and area streams for years.

While abandoned mine drainage is typical of area streams, including Ten Mile Creek, bromides don’t show up at high levels in mine drainage, scientists have found. This has led some local residents to speculate that fracking wastewater, which can contain high bromide levels, was somehow getting into the local waters.

But WVU’s recent sampling shows that bromide might not be the culprit.

If bromides were causing the uptick in trihalomethanes, you’d expect to see more of the species created from bromides, called bromoform, he said. But they found that only about 12 percent of the halogens in the THMs came from bromide, while the other 88 percent came from chloride.

Ziemkiewicz said that could be because water authorities chlorinate more heavily in the late summer months to kill bacteria, which can lead to the formation of more trihalomethanes under certain circumstances.

But further research is needed to be certain, and Ziemkiewicz said he hopes to conduct sampling during a low-flow period on the river in the fall.