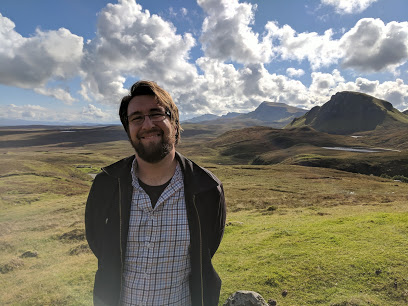 PublicSource reporter Jeffrey Benzing is a Texas native and never more distinct is his Southern drawl than when he is interviewing sources. While reporting on issues of public safety, Jeff’s y’alls seem to have a disarming effect even when he’s discussing the most contentious of issues. Colleagues say he is one of the most patient reporters they know, remaining calm even when working with public officials who have rejected his Right-to-Know requests for information that should be available to you, the public.

Jeff says he got into journalism for two reasons: To hold the powerful accountable and to tell human stories. He adds that newsrooms have had fewer and fewer resources for both in recent years. And, “Luckily, I found a home at PublicSource where we’re given the time to go after important stories that too often go underreported.” Jeff recognizes that having that opportunity in journalism in 2018 is by no means a given, and he’s grateful to not only have the chance to pursue those stories but also to have support and encouragement from everyone in the office.

Jeff is most proud of PublicSource’s work that amplifies community voices. Most of his stories tend to focus on intense topics, and it’s important for him to go beyond facts and data to show readers that issues like gun violence and unsolved homicides have lasting impacts on their neighbors. “While solutions are slow to come, I hope that our stories can at least change the way people view issues they might otherwise ignore.”

He’s also proud to see recent changes in the city after PublicSource’s investigation into police technology programs that have been fully paid for but not implemented. As a result of our reporting, city council is increasing scrutiny of contracts and the city is evaluating a major overhaul to the technology used by police every day.

Jeff recently won a Pittsburgh Black Media Federation Robert L. Vann Award of Excellence for his investiation, “From school to jail: How hundreds of kids get arrested in Pittsburgh schools every year.” He and reporter Mary Niederberger are also finalists for the Education Writers Association national award for their stories in the “I am a black girl and...” series.

In his spare time (do reporters have that?), he likes to travel, listen to records, attempt to play guitar and explore the many charms of Pittsburgh.