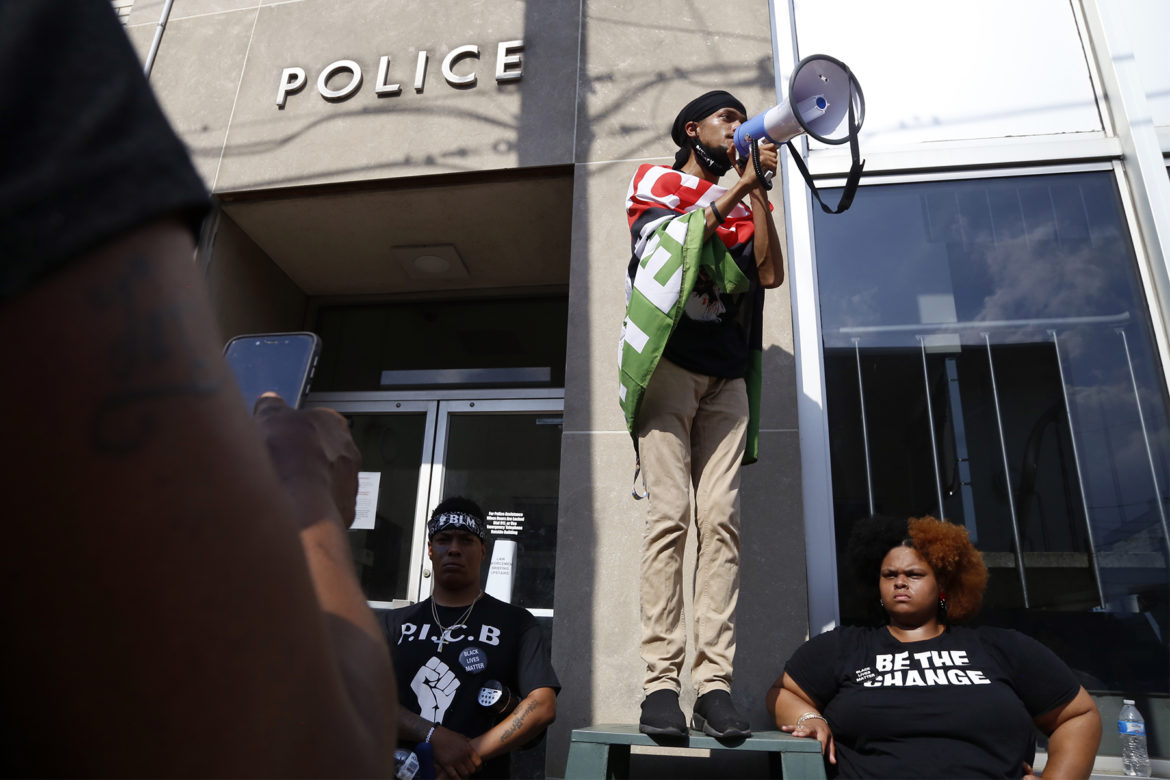 Protesters marched through the streets of McKees Rocks on Sunday to speak out against systemic racism and demand an investigation of the borough’s police department.

The almost five-hour event began at the intersection of Linden Street and Chartiers Avenue and continued to Sto-Rox Junior-Senior High School before returning to the starting point.

It was organized by McKees Rocks resident Lorenzo Rulli and Nique (who preferred not to include their last name) with support from PICB. 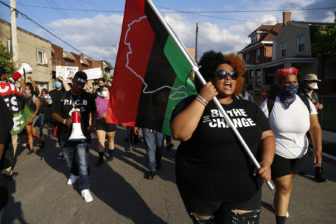 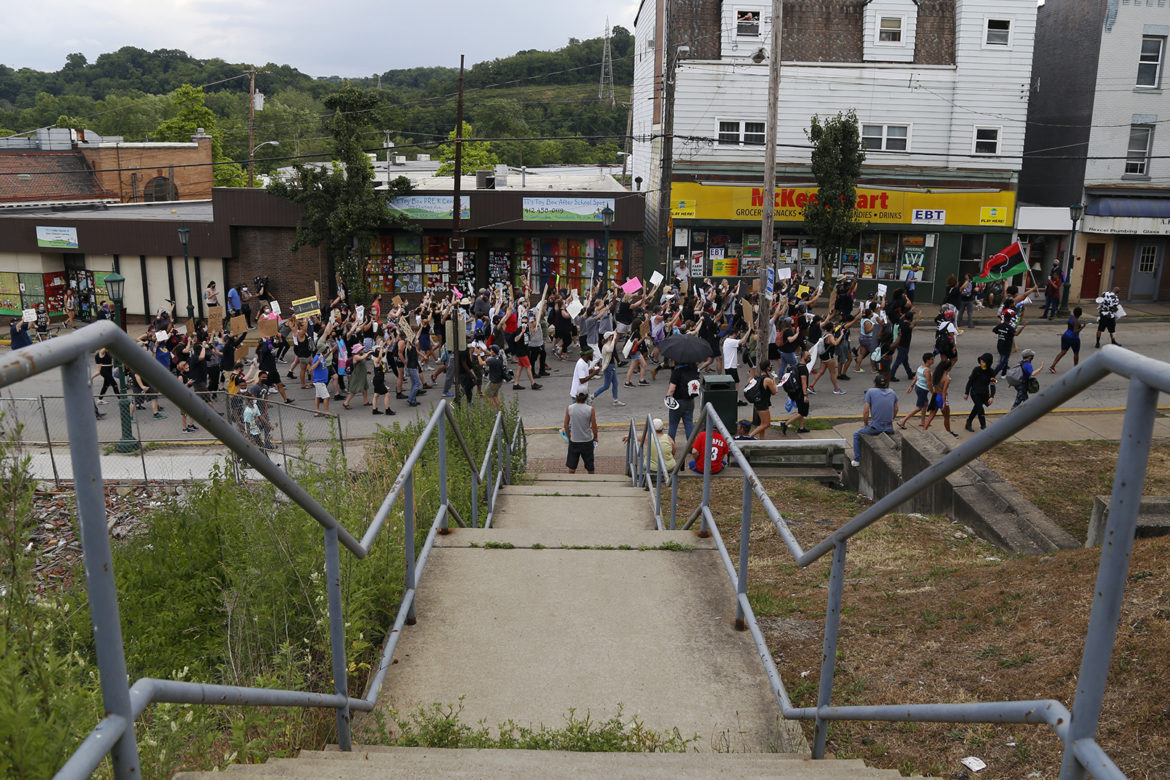 During the demonstration, organizers addressed several local businesses and entities for engaging in behavior they considered harmful.

While gathered in front of Black Forge Coffee House on Chartiers Avenue, Nique asked Black Forge owner Ashley Corts to “take more accountability” for the “have coffee with a cop” events the business held at its Allentown location several years ago. Corts said she was approached by several community groups and asked to host the event and would not do it again. “I learned my lesson four years ago,” Corts told PublicSource. She agreed to several asks from the organizers, including hosting a cookout for McKees Rocks residents.

Stopping in front of Sto-Rox High School, speakers called for education equity for Black and brown children, including curricula that teach African American history. “I want you to understand that they are literally trying to erase our entire history,” PICB organizer Kyna James said of white-centric curricula.

At one point, organizers collected money from attendees and distributed it to Black women in the crowd. Rulli said they collected over $500 and split it between 15 women.

At the end of the event, Rulli reminded attendees to continue supporting the ongoing protests and equal rights movement. “Racism is not one action or two individuals. Racism is an injustice everywhere,” he said.