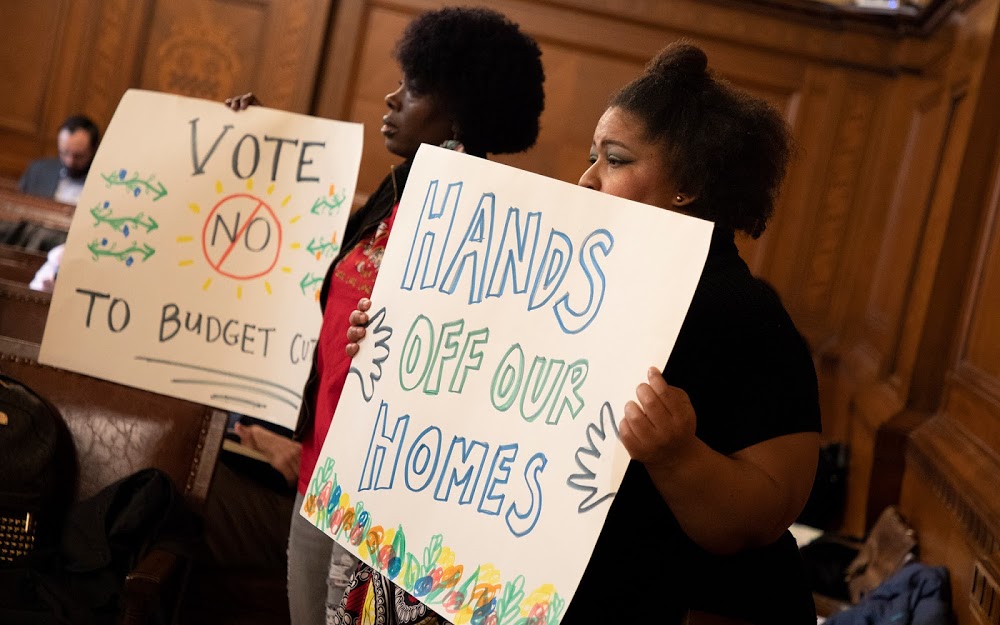 A two week-long kerfuffle over funding for affordable housing in Pittsburgh seemed to be nearing a resolution in the City Council Chamber on Wednesday.

Mayor Bill Peduto’s 2019 budget proposal eliminated $5.3 million in funds for the Urban Redevelopment Authority [URA], reducing the city’s contribution to the authority from $8.4 million in 2018 to $3.1 million for 2019.

During the URA’s budget hearing on Nov. 29, URA Executive Director Robert Rubinstein, stressed to council that the cuts to his agency’s budget, largely to its “housing development” programs, would be harmful for the city.

“Money allocated in the capital budget, while certainly appreciated, is woefully short in terms of advancing the goals that we have collectively as a city,” Rubinstein said, referring to the city’s shortage of more than 17,000 affordable housing units.

Housing advocates then began calling on the city to restore the URA’s funding. In an email blast about the proposed cuts sent on Sunday, organizers with Pittsburgh United, a social justice nonprofit that works with other community nonprofits, were still trying to wrap their heads around the cuts. They wrote that the cuts would mean the $10 million Housing Opportunity Fund — established last year and funded through the real estate transfer tax — would be reduced by more than half and used to make up for reductions elsewhere. Their claim turned out to be misguided; the cuts were to the URA’s housing programs such as rehabbing old homes, upgrading facades and gap financing for new apartment buildings.

Then, on Wednesday, Council members R. Daniel Lavelle and Rev. Ricky Burgess introduced an amendment to the proposed 2019 budget to restore $2.5 million of the URA’s funding, about $2.3 million of which would be earmarked for housing programs. If the funds are restored, the URA would receive a total of $5.6 million for 2019. Between 2014 and 2016, the city supplied the URA with an average of $8 million per year.

After about a dozen advocates and residents urged council to take action, council members voted to pass that amendment.

Peduto’s spokesman Tim McNulty explained that difficult choices are made because funding is limited.

"The City has more pressing priorities than it has money to go around, and sometimes tough decisions have to be made,” McNulty wrote in an email Wednesday. “The budget process we've gone through with Council the last few days...was a productive give and take and is the way good government works."

McNulty said the cuts were proposed because of fluctuations in available funding, like the city’s Paygo account, which is tax revenue used for capital projects such as construction. McNulty said only $12 million in total will be available from Paygo next year, compared to $26 million last year. Last year’s Paygo fund level was an aberration, and the $12 million for 2019 is more on par with the levels from previous years. That account varies year to year based on how much tax revenue the city pulls in and how much the city spends on operating costs. Last year, tax revenue was up, meaning more Paygo funds were available, Councilwoman Deb Gross said. 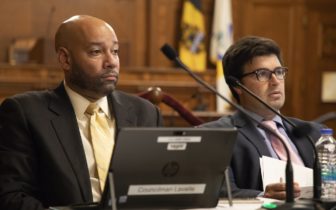 There is also uncertainty about how much federal funding the city will receive in 2019.

For example, McNulty said the city wasn’t sure how much Community Development Block Grant [CDBG] money it would get from the U.S. Department of Housing and Urban Development [HUD]. The city is expecting to receive $13.5 million in block grants next year, though President Donald Trump has threatened CDBG funding in the past, causing uncertainty in the city. CDBG funds are distributed by HUD and are supposed to be earmarked for community and economic development projects, according to HUD.

Earlier in the week, McNulty said he expected some of the URA’s funding would be restored — as council began to do on Wednesday.

“We fully expect that many of the proposed cuts will ultimately be restored by council, and the administration is already working with Councilman Lavelle on that, so much of this will be resolved by the time the budget is ultimately passed,” McNulty wrote in an email on Tuesday. City Council must pass the 2019 budget before the end of this year.

Community advocates, including Celeste Scott, the affordable housing organizer for Pittsburgh United, were pleased to see that some of the URA’s funding might be restored but still felt the the city should do more. Pittsburgh United helped organize some of the people who spoke out against the cuts.

“We do appreciate Councilman Lavelle and Rev. Burgess restoring what they could restore,” Scott said. But, she added, “We feel like we're still in a crisis...I think we're going to continue to fight.” 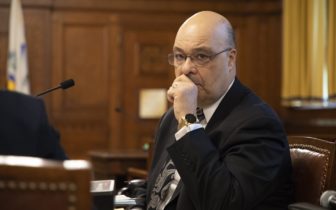 Councilman Rev. Ricky Burgess at a city council meeting to discuss the 2019 budget on Dec. 12, 2018. (Photo by Kat Procyk/PublicSource)

Some advocates, including Scott, say the city is short 20,000 affordable housing units, 3,000 more than what the Affordable Housing Task Force identified in 2016. The Housing Opportunity Fund was created in response to the shortage to go toward making additional affordable housing available each year.

With council set to deliver final votes on the city’s 2019 budget next week, here are the financial details that spurred the recent unrest over affordable housing funding:

Not included in the cuts were the HUD Choice Neighborhood grants and other CDBG funds and city dollars the URA was set to receive for affordable housing developments in Larimer/East Liberty and Bedford/Hill District. Together about $3.5 million will go to the URA for developments in those neighborhoods, according to McNulty. Earlier in the week, McNulty issued a statement highlighting those projects as examples of Peduto’s commitment to affordable housing.

“Budget proposals for the Urban Redevelopment Authority do not undercut equitable development and affordable housing as some have erroneously claimed,” he wrote.

At the council table, members voiced their support for restoring the URA’s funding, though some said they’d prefer to spend more money on street paving.

“If I'm looking out for my district, I'm all about paving, I gotta tell you,” said Councilman Anthony Coghill who represents Carrick and the other neighborhoods in Pittsburgh’s South Hills. The city is budgeting $20.3 million for paving in 2019. 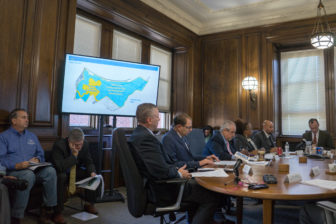 Members of the Urban Redevelopment Authority [URA] board and others listen to URA Chairman Kevin Acklin discuss Hays Woods at a board meeting Nov. 9, 2017. (Photo by Brian Conway/PublicSource)

Lavelle said the city needs to do more for housing than just reversing the cuts.

“The commitment doesn’t end with restoring these funds,” Lavelle said in council on Wednesday. He also floated the idea of having the city leverage the $10 million in its Housing Opportunity Fund to take out a bond of $30 to $60 million to fund even more affordable housing in the near term.

Rubinstein, of the URA, said this week that he understands the city has many priorities.

“I realize that a dollar allocated over here takes away from something over there, but I think if our priorities are to be an equitable city and to build our tax base then the URA is well equipped to deliver on that,” he said in an interview with PublicSource on Monday. The URA didn’t respond to an additional request for comment on Wednesday.

After council voted on Wednesday, Crystal Jennings, a housing advocate who works with Pittsburghers for Public Transit said she is glad URA funding could be restored but hoped council would allocate even more before its final vote next week.

“We're going to keep pushing and hopefully for [the final vote] next Tuesday they could restore a little more,” she said. “We got some people at the table working for us.”