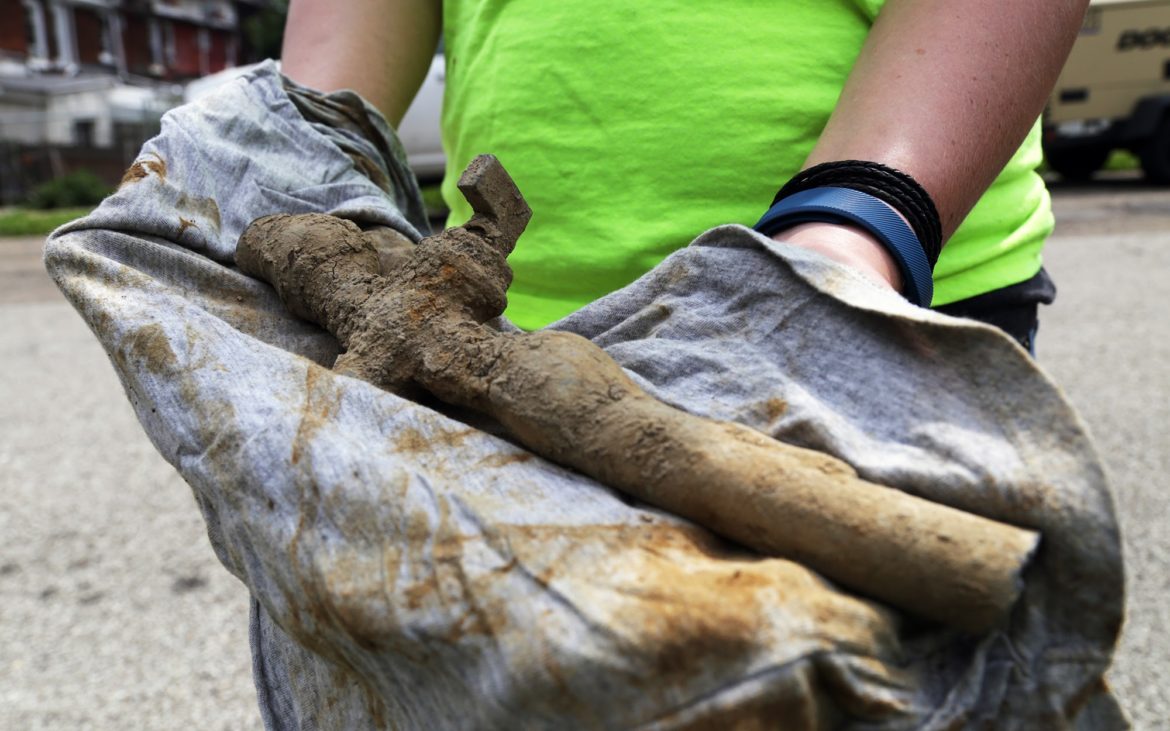 Update (1/22/2018): On Monday, Jan. 22, the Pittsburgh Water and Sewer Authority [PWSA] released certified data from the state Department of Environmental Protection verifying that lead levels in Pittsburgh increased to 21 parts per billion in the second half of 2017.

The certified data include lead tests from 118 homes. The 21 ppb result represents the 90th percentile calculation, which means 10 percent of the homes tested between July and December had lead levels of 21 ppb or higher. PWSA broke the data down further:

This most recent round of lead testing was the first time PWSA reported lead levels rising since July 2016.

Preliminary water testing data released this week show that lead levels in Pittsburgh’s water increased in the second half of 2017, pushing the Pittsburgh Water and Sewer Authority [PWSA] over state and federal limits yet again.

However, PWSA issued a statement emphasizing that the data is not yet certified by DEP regulators. PWSA spokesperson Will Pickering said ensuring that all of the tests were done on homes with lead plumbing, and removing tests from homes with other plumbing, could change the results.

The preliminary data, which PublicSource has independently analyzed, shows that 10 percent of homes in the most recent water tests PWSA submitted to the state Department of Environmental Protection [DEP] had lead levels of 21 parts per billion (ppb) or higher, an increase of 6 ppb from results from the first half of 2017. About 116 homes were tested around Pittsburgh between July and December, according to the data on the state’s website. Homes tested between January and June of 2017 had levels of 15 ppb, which is in line with state and federal limits; anything above 15 ppb, the federal action level, is considered dangerous to drink and can harm a person’s health.

Pickering said that while it’s difficult to pinpoint why the increase occurred, PWSA is taking steps to reduce the amount of lead in its water and remove lead pipes from its system. Earlier this month, PWSA completed a study of orthophosphates and sent those results to the DEP for analysis. If DEP approves the use of orthophosphates, PWSA Interim Executive Director Bob Weimar has told PublicSource, he hopes to add those chemicals to the water by March as a way to significantly reduce lead levels.

Pickering said PWSA had anticipated this round of testing would show an increase in lead levels and — as a way to stay in compliance with a consent order PWSA recently signed with the DEP — the agency committed to replacing more than 2,000 lead lines this year, with a June 30 deadline to replace 1,341 of them.

“It is also important to note that the compliance sampling is designed to test worst-case scenario homes, and is not an indicator of system-wide drinking water quality,” Pickering wrote in the statement.

County Controller Chelsa Wagner’s office issued a press release about the lead levels on Friday afternoon after her office analyzed the data, which is available on the state’s website.

“Of course it is not surprising that our water is not getting safer, as to date no meaningful action has been taken to reduce this contamination,” Wagner said in a statement. “We cannot justifiably hold ourselves out to the world as a smart city when we cannot even begin to address the primary public health issue impacting our residents.”

Wagner’s spokesperson, Lou Takacs, said the controller’s criticisms stem from the lack of rapid change at PWSA and that these latest results fall into a pattern of the authority struggling to solve the lead crisis, despite taking steps in the right direction.

“We’re not trying to do an indictment of the PWSA here and say they’re doing anything wrong,” Takacs said. “They’ve been making an effort on all fronts. It’s a new year, and I hope everyone has a focus on moving forward on this.”

The data breaks down like this. PWSA, through a lab it contracts with, tests samples of water from at least 100 Pittsburgh homes on a rolling basis throughout the year. Once the lab analyzes the water samples for lead and copper, it reports them to the DEP, which then makes the data available on the Drinking Water Reporting System website. The data from July through December — the testing period DEP mandates for PWSA — is available to download and shows that compliance tests push PWSA’s 90th percentile well past the 15 ppb limit. The 90th percentile calculation is the standard PWSA uses and means that 10 percent of the tests — in this case about 12 tests out of 116 — exceed or are equal to 21 ppb.

One caveat to the data is the number of samples that should be included. The data shows five tests were done in July, some of which may have been counted in the data from the first half of 2017. Filtering those tests out, though, still shows a 90th percentile lead level of 21 ppb.