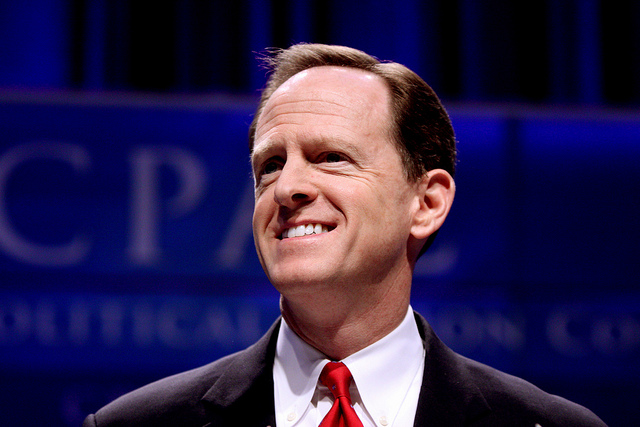 More people approve of Republican Sen. Pat Toomey now than in June, and he leads both Democrats in the race, Joe Sestak and Katie McGinty, according to Thursday’s Franklin & Marshall College poll.

But the vast majority of voters remain undecided on whether they prefer Sestak or McGinty in the Democratic primary.

Now, 40 percent of people believe Toomey is doing an excellent or good job, up from 34 percent in June.

Nearly half of the poll’s respondents believe Attorney General Kathleen Kane should resign after being charged with perjury, obstruction and abuse of power.

The poll of 605 registered Pennsylvania voters was conducted from Aug. 17 to Aug. 24. The poll’s margin of error was 3.9 percentage points.

It’s been two months since the state’s budget deadline passed and there’s still no agreement.

As in years past, people are blaming the legislature more than the governor for the impasse.

People had little sympathy for the politicians involved in the budget standoff. The poll’s respondents said the most important problem facing Pennsylvania is the government and politicians — the same people who are supposed to be solving the state’s other top problems such as education and unemployment.

Not only did people call politicians the state’s biggest problem, but two-thirds of the registered voters questioned in the poll said legislators should not be paid when the budget is late