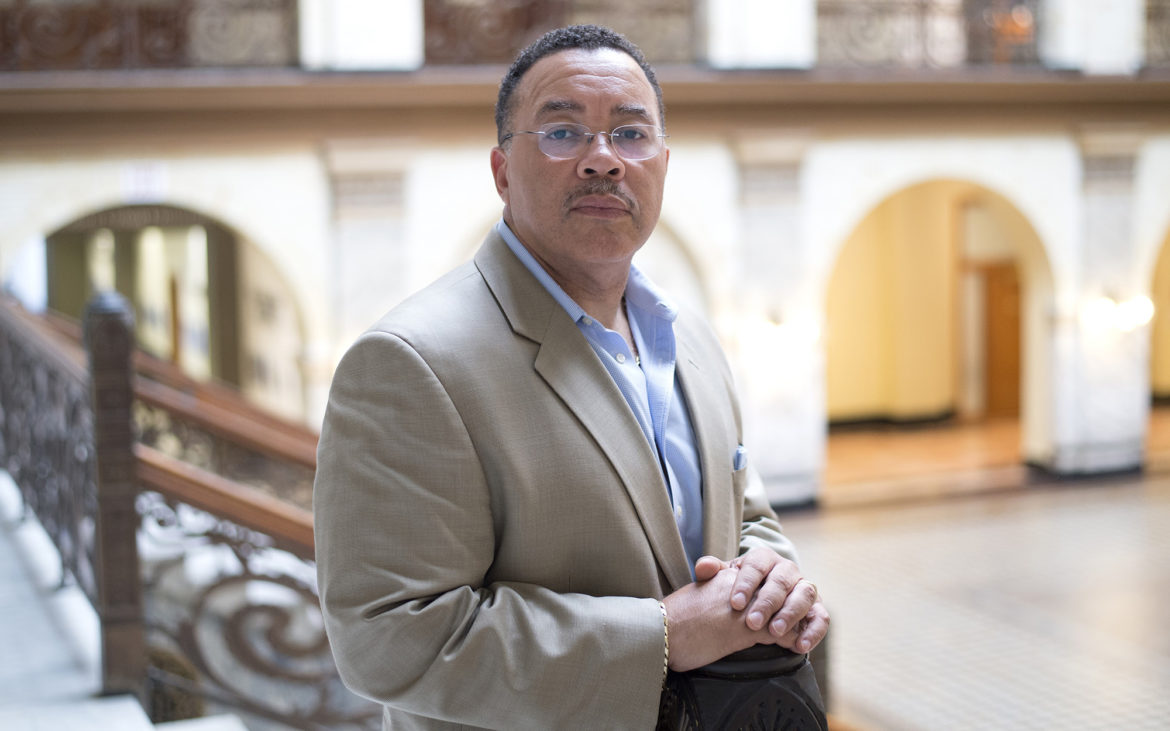 My life mirrors many of the youth I encounter every day in the City of Philadelphia and across this nation. My mother raised four African-American boys alone after my father left our home. We were poor and over the years we struggled. I remember the days when we went without gas, electricity or food and the evictions that resulted in the loss of everything we owned.

My mother fought hard to keep us on the straight and narrow, and I am thankful every day that she was successful. I made it through the crazy adolescent years, went to college (dropped out) and joined the Philadelphia Police Department in December 1986. For the next 29 years, I was fortunate to serve with some of the bravest men and women I know.

During the final four years of my career, I became immersed in the issues around the number of youth arrested in schools in Philadelphia and across the nation. I learned that every year, thousands of children would be arrested in schools. A disproportionate number of these youth are African American and Latino. Many are poor. I was amazed to find that in Philadelphia County, a child as young as 10 (the minimum age of arrests in Pennsylvania) would be taken into custody solely for carrying a pair of scissors into school. (Yes, a pair of scissors.) These scissors and other items are often detected because the majority of our kids go through a metal detector prior to entering their school buildings. The child is transported to our juvenile processing location, placed in a 6-foot-by-6-foot cell. The child is subjected to fingerprinting and photographing. Can you imagine the trauma inflicted on a child as they go through this process? Is this an offense the juvenile justice system needs to address?

These are the kinds of questions I ask every day now as a Stoneleigh Foundation Fellow, charged with administering and expanding the Philadelphia Police School Diversion Program. It’s a program created to divert youth from arrests in schools and reform when and how youth come into contact with the juvenile system. The program Kevin Bethel leads has a goal of sending students to social services instead of arresting them. (Photo by Chloe Elmer/PublicSource)

Is the juvenile justice system equipped to truly help the girl who early in our diversion program was caught entering school with marijuana? She was dealing with parents who were going through a difficult divorce and the loss of a close relative who lived in the home. When asked why she possessed marijuana, she responded, “My girlfriends told me that smoking marijuana will make you feel better.” It was at this point I would come to understand that many of the students entering the school setting are self-medicating and using marijuana to mask the many underlying (negative) issues they deal with on a daily basis. Fortunately, the program was able to provide counseling for her. She remained on track at school, graduated and went on to college.

The majority of these youth (95 percent) are arrested for nonviolent offenses. The more I became absorbed in this issue, the more I learned about the adolescent brain, adolescent behavior and trauma. I concluded that policing has to change. Officers must adapt how we respond to normal adolescent behavior occurring in schools. For me, school was a safe place. It is where I felt love from my teachers, coaches and administrators. It would be the place for me to eat when there was no food at home. I loved school and could never imagine that those minor fights we had in the hallway or the cub scout knife with all the tools I carried could result in me being arrested. I did not become a cop to arrest children for minor offenses.

Arrests are not the answer, especially when we know these arrests negatively impact graduation rates, job prospects and create numerous other long-term impediments.

Four years ago (prior to retiring), I was fortunate to work for two phenomenal law enforcement leaders, retired Philadelphia Police Commissioner Charles H. Ramsey and present Police Commissioner Richard Ross. I recall the day I walked into their office and presented the data that outlined that the department was arresting 1,600 students a year from the Philadelphia School District.

That the majority of the youth were African American and Latino. I made the proclamation that I wanted to reduce these numbers. Without hesitation, they gave me the green light. It is leadership like this that will create the true change in policing across this nation.

"Arrests are not the answer, especially when we know these arrests negatively impact graduation rates, job prospects and create numerous other long-term impediments."

The Philadelphia Police School Diversion Program allowed the police officer responding to a call for an arrest at the school to send a student to the program if it was a first offense or one of the enumerated crimes that qualify for diversion, like fighting or carrying Mace into school. Through the Department of Human Services (DHS), the child is directed to a community-based intervention to address the root issues. Moreover, DHS conducts home visits to determine whether issues occurring at home are manifesting themselves at school. The school district, courts, legal community and other agencies fully support the program.

So to the police chiefs across the country: I ask you to strongly consider replicating this model in your department and instituting trainings that teach officers, both in and out of schools, how to help facilitate counseling — not criminalization of our young people’s normal adolescent behaviors.

To the service providers: I ask for your help in strategizing how to best connect your services to our students and families that are most in need.

And to concerned community members, the educator, mom, dad, grandmother, pastor and others: We need you to help us demand the outlawing of zero-tolerance policies in school districts and advocate for an alternative community-based approach, like our diversion program, to help create a school environment where both students and teachers feel safe.

Let us all send a clear message to our children that we are committed to their education and not incarceration.

Kevin Bethel is a retired Philadelphia Deputy Police Commissioner and a Stoneleigh Foundation fellow who is working to expand the Philadelphia Police School Diversion Program. He can be reached at kevinbethelinc@gmail.com.