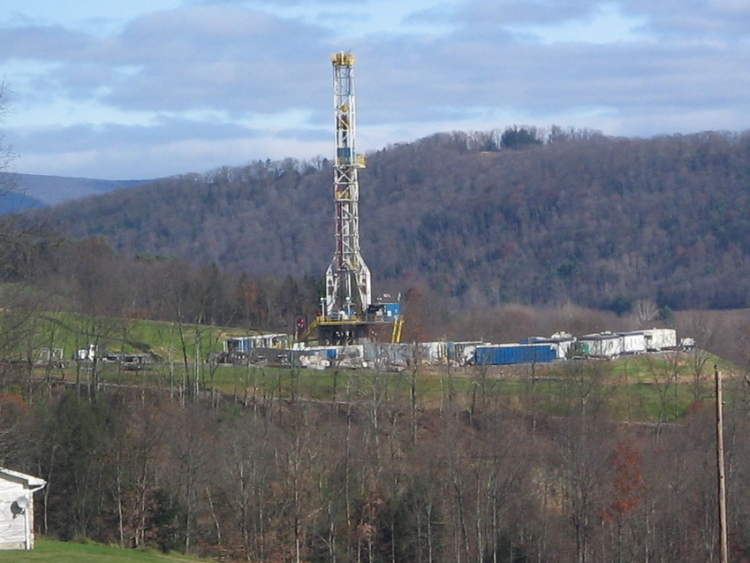 The plan is to convert a former oil and gas well into a 1,900-foot-deep wastewater disposal well.

“The residents of the Allegheny River Valley urgently ask Governor Tom Wolf to exercise his executive power to revoke the permit for the Penneco Sedat #3A class 2 waste disposal well in Plum Borough,” reads the statement from the group. “The well site puts several downstream Allegheny River public drinking water systems at risk, including the Pittsburgh Water & Sewer Authority.”

The risks of toxic chemical and radioactive contamination of drinking water, mine subsidence and the potential for earthquakes and road degradation from hundreds of trucks were also cited as reasons to oppose the project.

Underground injection wells are one way of storing wastewater from natural gas well fracking — which contains contaminants, brines and carcinogens.

Lyndsay Kensinger, press secretary for Gov. Wolf, said that he would review the letter, but does not have the authority to revoke permits, according to a report in the Tribune-Review. That decision is up to the Pennsylvania Department of Environmental Protection (DEP), which has already approved the project, along with the Environmental Protection Agency (EPA). The EPA has responded to previous comments and objections here. Ben Wallace, chief operating officer for Penneco Environmental Solutions, claims that the facility exceeds the EPA’s standards for waste disposal, as also reported by the Tribune-Review.

The location is a conventional non-shale well, first drilled in 1989, and plugged in 2015. Six years ago, Delmont-based Penneco Environmental Solutions applied for a permit to construct the Underground Injection Control site. Penneco received a permit from the DEP in April 2020.

“In May of 2020, Plum Borough officials actually appealed the EPA permit with the Environmental Hearing Board, then they withdrew and abandoned that effort,” said Gillian Graber, executive director of Protect PT, “Which essentially made it so any local resident that wanted to challenge this is unable to do so by legal means. So this request to the governor is our last opportunity to really try to protect the water system in the Pittsburgh region.”

The well is expected to start operating in March.

Matt Kelso, a Plum resident who works with the FracTracker Alliance (an environmental nonprofit that investigates health concerns and data gaps concerning fracking), notes that this well has been permitted for the disposal of up to “2,268,000 gallons of toxic and highly radioactive liquid oil and gas waste at Plum Borough, near the eastern border of Allegheny County. The Borough’s home to more than 27,000 residents who stand firmly against this project, the first of its kind in the Commonwealth’s second-most populous county.”

“There has literally not been one resident of Plum that has come forward to support this project at any point since the public became aware of this proposed liquid dumpsite in the spring of 2017.”

“What remains unknown is whether the operations of Sedat #3A will trigger man-made earthquakes in Plum Borough and if so, what the consequences of these actions might be,” said Kelso. “Twenty-seven thousand people in Plum, along with our 20,000 neighbors in Murrysville and 2,300 neighbors in Upper Burrell, don’t want to be the guinea pigs in this experiment.”

“This permit includes special conditions for monitoring and reporting including seismic monitoring to ensure early detection of even minor seismic events,” states the DEP permit.

Other concerns were raised from Anthony Ingraffea, a professor of engineering at Cornell University.

“It’s now going to be tasked with injecting — at much higher pressures repeatedly over a long period of time — liquid waste. This makes the well design from 1985, in my opinion, inadequate for this new intended purpose.”

According to a statement from the EPA, the well is designed with “multiple strings of steel casing cemented in place. Furthermore, the proposed Penneco injection well will be required under the permit to be mechanically tested to ensure integrity before it is operated and will be continuously monitored during operation to ensure that mechanical integrity is maintained.”

Protect PT, Breathe Project and Citizens for Plum wrote the letter, which was co-signed by 45 other individuals and organizations. During the online press conference, Dr. Ned Ketyer, of Physicians for Social Responsibility and Southwest Pennsylvania Environmental Health Project, spoke about the potential health impacts, while Melissa Troutman, research & policy analyst with Earthworks and co-founder of Public Herald, spoke about radioactivity in fracking waste.