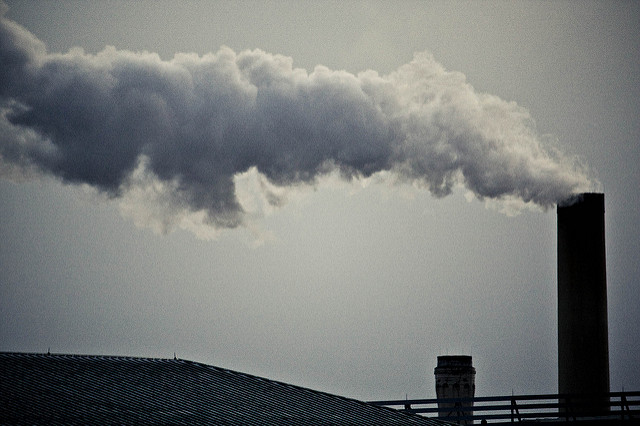 Pennsylvania’s air quality report card looks better than it did last year, but it still has an awful lot of Fs.

On Wednesday, the American Lung Association [ALA] released its 2016 State of the Air report, which reports on ozone pollution and particle pollution throughout the country from 2012 through 2014.

The report’s findings show that more than half of the American population is subject to unhealthy levels of pollution.

Ozone pollution, or smog, is the most widespread pollution in the United States, according to the ALA. People younger than 20 and older than 65, people who work outdoors and people with cardiovascular or lung diseases, like asthma, are most vulnerable to the ozone’s effects.

In Allegheny County, nearly 200,000 adults suffer from asthma or cardiovascular disease, according to the report.

Exposure to particle pollution — a mix of solid and liquid particles in the air that can come from exhaust smoke — shortens life expectancy over time and, at very high levels, cause death.

Pittsburgh’s high levels of particle pollution could be “transport pollution.” Deb Brown, the CEO of the mid-Atlantic ALA, told the Pittsburgh Post-Gazette that Pittsburgh receives downwind pollution from almost 300 coal plants in 15 eastern states, including Missouri and Georgia.

The report measured Pittsburgh in terms of the Pittsburgh-New Castle-Weirton area, which includes 12 counties in Ohio, Pennsylvania and West Virginia.

Allegheny County ranks 12th in the list of 25 counties with the most prevalent year-round particle pollution. Counties in California, including Riverside and San Joaquin, fill the first ten spots on that list.

Paul Billings, national senior vice president of advocacy for the ALA, told WESA that the number was the best it’s been in 17 years.

In 2015, the Environmental Protection Agency tightened its regulations for acceptable ozone concentration to .070 parts per million for eight daily hours.

That change, combined with the Clean Air Act, has driven the reduction in year-round particle and ozone pollution, according to the ALA.

But short-term spikes caused by climate change and weather fluctuations — drought, heat and wildfires in the West, for example — are becoming increasingly threatening to public health.

In a press release, Harold Wimmer, the president and CEO of the ALA, lauded the country’s overall air quality improvements, but noted that high levels of pollution are still going to be harmful for more than half of the population.

"Thanks to cleaner power plants and cleaner vehicles, we see a continued reduction of ozone and year-round particle pollution,” Wimmer said. “However, climate change has increased the challenges to protecting public health… There are still nearly 20 million people in the United States that live with unhealthful levels of all three measures of air pollution the report tracks."