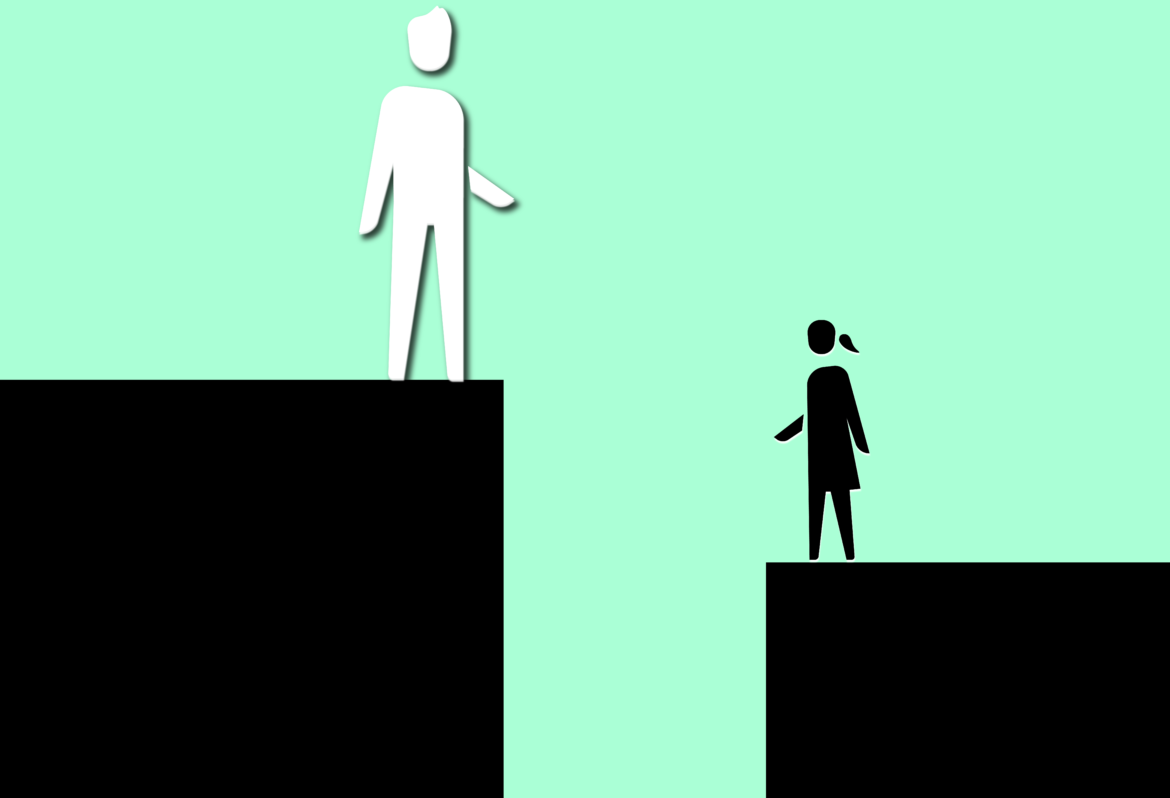 This is what’s known as a wage gap. And among public employees in Pittsburgh, it is real.

PublicSource requested data from the city detailing salaries, bonuses and overtime pay for public workers who were employed in 2016. An analysis of that data revealed the ways that men, women, white people and people of color are paid and promoted.

Across all city workers, the data shows female employees earned 83 cents, on average, for every dollar that male employees made last year. And workers of color, including those who identify as black, Hispanic, Asian and Native American, earned 87 cents, on average, for every dollar white workers made in 2016. The wage gap grows when you factor in overtime pay; most overtime is earned in the Public Safety department, which is among the city’s whitest, most male-saturated departments.

Alone, these disparities seem troubling. It could suggest that the city pays some workers more than others because of their race or gender.

But a closer analysis of the salary data reveals that the wage gap is largely caused by a lack of diversity rather than unequal pay practices on a systemic level. Indeed, Pittsburgh’s annual budgets outline a multi-step pay scale that makes no mention of race or gender; an employee’s experience level is the most personal information to be factored into the pay scale.

But because city workers are mostly men and mostly white, those people naturally fill a greater share of the positions that pay higher salaries. This organic disparity, which could be fueled by implicit bias that is natural in people, helps to explains the wage gap.

It’s important to note, however, that the city’s wage gap is not as dire as the national averages, and efforts to further close the gap are ongoing.

A lack of diversity

Across all city workers (3,308* in our analysis), the numbers break down like this:

The lack of diversity is not lost on city officials.

Kevin Acklin, chief of staff for Mayor Bill Peduto, said the city recognizes the wage gap and that it employs vastly more men and white people than women and people of color. Peduto’s administration, he said, has been pushing to diversify its ranks since he took office in 2014. The lack of diversity is “unacceptable,” Acklin said.

He gave a laundry list of efforts city officials have taken to increase diversity, including national searches for leadership positions, revised pay scales so lower-paid workers can make more money quicker, and programs with schools like Westinghouse, a majority black high school, to funnel students into city departments.

“Where we’ve had control, we’re proud of the employments we’ve made,” Acklin said. “It reflects a very significant, deep commitment to diversity.”

The Public Safety department has been trying to increase diversity among its ranks for several years. For 16 years, a court order required the department to hire more women and people of color. It worked. The department’s employees were more diverse. Then, a federal judge threw the decree out in 1991, and the problems resurfaced.

Earlier this year, Councilman Dan Gilman introduced legislation that bars the city from inquiring about a person’s salary history when it hires new people. The idea behind the legislation was that a person’s salary history perpetuates wage gaps between men, women, white people and people of color. If a woman makes less than a man at one job, an employer asking what she made there can set her behind her male colleagues at the new job before she even starts. Peduto signed that bill in January.

While Gilman said that legislation was an easy change for the city to make, he hopes it sets a precedent in other workplaces across the city. His bill “encouraged” private companies to adopt similar practices.

“You do have to practice what you preach and, if I’m going to call on the private sector to do this, the city should take the lead,” he said.

Councilwoman Natalia Rudiak, too, has been working to implement practices that would make the city more equitable. In December, she ushered legislation through that established a Gender Equity Commission.

“You do have to practice what you preach and, if I’m going to call on the private sector to do this, the city should take the lead.”

The commission will implement the decades-old principles of the United Nations’ Convention on the Elimination of Discrimination Against Women (CEDAW). For Pittsburgh, that means examining the city’s departments one by one to look for ways for increase diversity and equity. Rudiak said the city is looking to partner with local universities to conduct studies of the city’s departments. Policy changes and legislation based on those studies could follow.

‘Some of the unconscious things’

Researchers who have studied the wage gap and diversity in workforces say implicit biases can significantly influence hiring decisions. Historically, implicit (and outright) biases caused men to be paid more than women, in part, because employers assumed men needed more money to support their families.

In Pittsburgh’s workplaces, including the city’s, implicit biases exist because they’re a “common human characteristic,” said Vibrant Pittsburgh President and CEO Melanie Harrington. Everyone has them, she said, and it’s not a matter of pointing fingers.

“It is not unfathomable. As a matter of fact, it’s probable that that kind of implicit thinking that we take to work will have an impact on the people we hire and mentor,” she said. Even if the choices are subconscious, more white men in senior leadership positions means more white men are likely to be hired and promoted, according to Jessie Ramey, a women’s and gender studies professor at Chatham University.

This seems to be where Pittsburgh’s pay gap exists. Even though some women earn more than men and some people of color earn more than white people, men and white people outnumber them, causing an overall pay gap to appear. Police lieutenants, for example, all make $79,768, but only 19 percent of them are women and 7 percent are black.

“Nearly everyone is going to say, ‘We value equality, we want to see more women,’” Ramey said. “People know this, so why then is it an issue?”

It’s an issue because of implicit bias.

“People tend to hire and promote people who are similar to them,” said Sara Goodkind, a professor of social work at the University of Pittsburgh. “Those are some of the unconscious things we all tend to reproduce.”

But because a lot of these attitudes and biases are baked in, solutions are tricky. Goodkind said employers need to be intentional about addressing implicit bias and promoting diversity in hiring. In Pittsburgh, the close connections people have with one another, and the phenomenon that many who live here grew up here, add another layer of bias, Harrington said. Simply branching out from your usual circles of friends and colleagues can help diversify the region, she added.

The combination of little diversity and implicit bias sets up a system that perpetuates itself, and it can be difficult to fix. Collecting and evaluating data on salaries and employee diversity is only part of the solution, though Ramey said it’s certainly a first step.

How to reverse the trend

The Gender Equity Commission hopes to make those first steps. The commission is being developed and is in search of an executive director. But when it is up and running, the goal is for the commission to study city hiring practices and recommend policies to address disparities.

“We want to get to the bottom of this. We want to find out what’s holding people back and what the city can do,” said Marcia Bandes, who retired from IBM in 2011 and helped Rudiak lead the initial effort to establish the commission. “If you’re a black woman, did you not get the job because you’re a woman? Because you’re black? Because you have kids? It’s an intersectional thing.”

But some city officials dispute the notion that any public employee who is in charge of hiring is implicitly biased for or against any applicant. They say the city’s robust efforts to attract diverse applicants — like its youth employment programs and targeted promotion of job openings — negate bias.

“It’s challenging to hear there’s implicit bias relating to our hiring practices because to me that sounds like we’re [purposely doing] it,” spokeswoman Katie O’Malley said. “Unless there is statistical proof that says this one white person was hired and all of these other people were dismissed or this one male was hired and all these females were dismissed, I’m not willing to accept that as we have implicit bias.”

“We’re so used to seeing gender discrimination as normal that people don’t even, and women don’t even, think to talk about.”

Acklin, O’Malley and Deputy Director of Human Resources for Personnel and Civil Service Janet Manuel, though, all said they recognize the role managers can have on mentoring and grooming new hires. And they all agree that being conscious of who is being hired is essential to increasing diversity.

“In order to reverse prior trends, you need to overemphasize in your hiring the previously disadvantaged,” Acklin said.

For Rudiak, the realities of implicit biases helped push the gender equity legislation. Over the decades, fear and discrimination have become a normal part of life, especially for women and people of color, she said, but that shouldn’t be the case. These fears look normal because they’re ingrained.

Through the Gender Equity Commission, Rudiak hopes to establish a framework for addressing problems in Pittsburgh that disproportionately affect its employees and its citizens.

*Data that PublicSource obtained listed 3,318 employees, but 10 of them were hired in late December or early January and didn't have salary information available. For that reason, those people are excluded from many of our analyses.

PublicSource Interactives and Design Editor Natasha Khan made the graphics for this story. All icons are from the Noun Project.