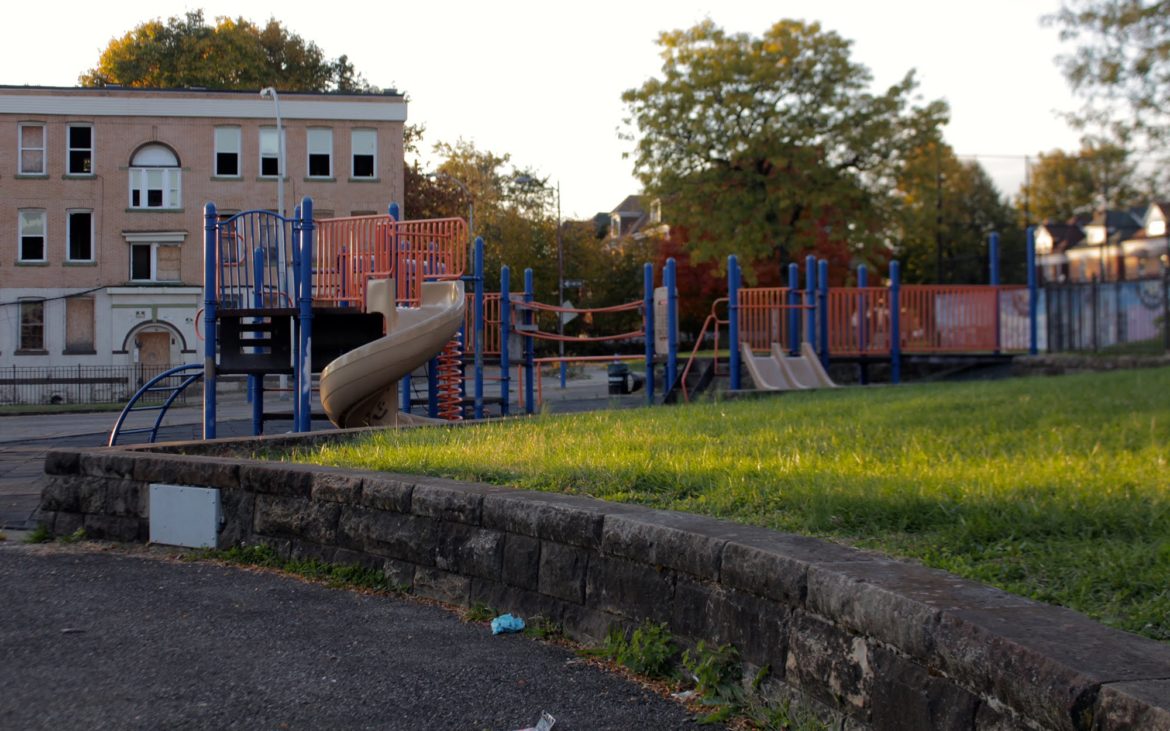 A children's playground in Baxter Parklet in Homewood. (Photo by Jay Manning/PublicSource)

Pittsburgh voters on Tuesday supported a ballot amendment that will create a real estate tax to pay for park improvements.

Jayne Miller, CEO of the Pittsburgh Parks Conservancy, credited the Black vote with pushing the amendment over the finish line, saying the new tax will transform Pittsburgh’s city parks.

“We will win over those who have been skeptical when they see the improvements in their parks,” Miller said.

In Allegheny County, nearly 70% of voters approved the controversial Marsy’s Law referendum that would extend additional rights to crime victims in Pennsylvania. A court injunction, however, means the tally is unofficial.

Read on for background on each ballot initiative and voter perspectives:

The Pittsburgh Parks Conservancy led a referendum that would provide about $10 million in tax revenue per year to rejuvenate the city’s parks. The conservancy hopes those funds will be matched by another $10 million in private foundation funding. The city’s 165 parks are, according to the city, decades behind in major repairs and city workers can’t keep up with the basic regular maintenance.

The referendum has been opposed by several city council members who said taxes are already high enough and that elected officials should dictate how tax revenue is spent.

Council member Theresa Kail-Smith warned residents earlier this week that the poor and elderly would be hardest hit by the new tax.

“I am such a user and fan of the parks,” Smedley said. “I think that it’s very important to the city.”

Spencer Liberto, a resident of the North Side, wasn’t so sure.

“I’m leaning towards, ‘No’,” said Liberto, 26. “They’re leading with a great intention. But we’re talking about trust and the public money managed by a nonprofit, not the city.”

Jayne Miller, CEO of the Pittsburgh Parks Conservancy, spoke with a PublicSource reporter while at the polls at Dilworth PreK-5 on Tuesday afternoon. In response to Liberto’s concern, she wanted to clarify that the city will collect the tax, not the conservancy. “And it’s up to the city if they’re going to enter into a contract with the conservancy, and it would be through an agreement with the conservancy, which will be spelled out how the money will be allocated,” she said.

The conservancy plans to spend money in parks across the city but will prioritize major projects in communities with the largest economic and health needs. Critics of the proposal say that individuals in those same communities can’t afford a property tax increase.

A similar referendum for the city’s libraries passed in 2011, but a countywide referendum to provide enrichment opportunities for children failed last year.

Pennsylvania crime victims already enjoy state protections, but Marsy’s Law would amend the state Constitution to provide notification about arrests and legal actions against the offender. It also allows crime victims to refuse discovery requests made by the accused.

On Monday, the Pennsylvania Supreme Court upheld a lower court ruling that found the amendment would have irreversible consequences on the rights of the accused. In a 4-3 vote, justices directed the Pennsylvania Department of State not to tabulate or certify the votes cast.

The proposed law is named after Marsalee “Marsy” Nicholas, a University of California at Santa Barbara student killed by an ex-boyfriend in 1983. A week after her murder, Nicholas’ mother was confronted in a grocery store by the accused murderer, unaware he had been released on bail.

The law is backed by Henry T. Nicholas, Marsy’s brother and co-founder of Broadcom Corp. Versions of it have been implemented in about a dozen states, including California in 2008. 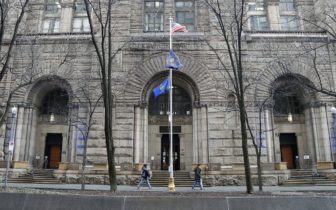 The Pennsylvania Senate unanimously passed the proposed law. The state House did so by a 190-8 margin. Gov. Tom Wolf had said he would sign the amendment, if passed by voters.

Both the League of Women Voters of Pennsylvania, which brought the lawsuit that led to the injunction, and the ACLU of Pennsylvania opposed the ballot measure over concerns that “co-equal rights” could threaten defendant rights that serve as a check on the power of government.

Opponents of the proposed law believe it would disproportionately impact communities of color.

Aware of the Supreme Court ruling, a number of voters told PublicSource that they declined to vote on the measure.

However, Etna resident Jared Kurtz, who was assaulted last year, said he believed victims should be informed as cases proceed through the court system.

“The whole time, the legal system didn’t inform us at all,” he said. “We had to follow it all ourselves.”

Correction (11/7/2019): A previous version of this story conflated Jared Kurtz's home borough as the place where he was assaulted. He lives in Etna and experienced an assault in a nearby borough.

Jourdan Hicks and Oliver Morrison contributed to this report.