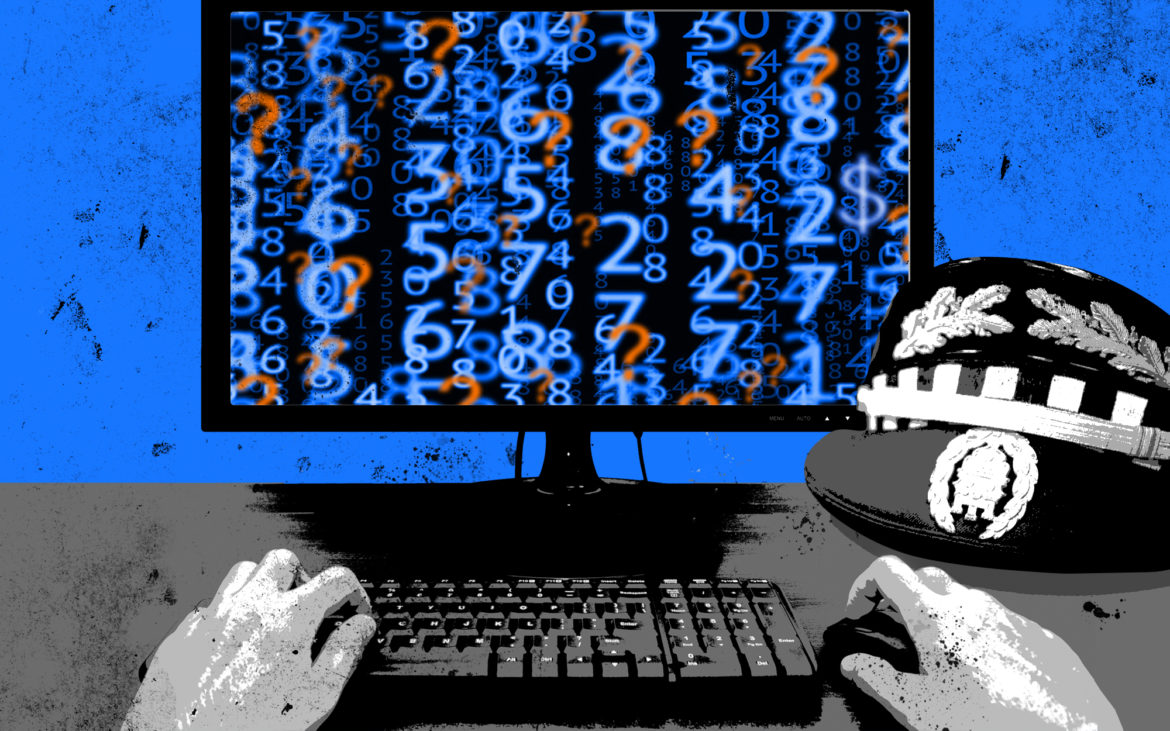 A Pittsburgh police officer who filed a federal whistleblower lawsuit in February against the city and one of the Public Safety department’s top officials resigned Monday morning.

Officer Souroth Chatterji, who joined the department in 2012, claims in his ongoing lawsuit that he faced retaliation for uncovering what he viewed as “waste and wrongdoing” in the city’s handling of police technology.

Chatterji’s lawsuit singles out Deputy Director of Public Safety Linda Rosato-Barone. As a commander, she had supervised technology projects Chatterji was instructed to audit in 2015 by then-Chief Cameron McLay. Chatterji argues that Rosato-Barone blocked his promotion to sergeant earlier this year because he reported evidence to McLay that helped launch internal and federal investigations. 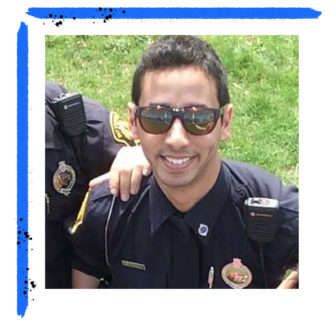 Souroth Chatterji, a Pittsburgh police officer since 2012. He resigned June 4, 2018. (Photo via Facebook)

Chatterji, a U.S. Army veteran who served two tours in Iraq, was the police bureau’s only officer of Indian descent, according to his lawsuit.

“His resignation is a loss for the City of Pittsburgh; he is the type of officer that any police department would be proud to have serving its community,” Chatterji’s attorney, Alec Wright, said in a statement.

McLay, who is now a finalist for the police chief’s job in Seattle, praised Chatterji in a statement to PublicSource.

“Officer Chatterji was an excellent employee, and he was diligent in volunteering to roll up his sleeves and address systems issues that were adversely affecting the working conditions of his coworkers,” McLay said.

Elizabeth Pittinger, director of the Citizen Police Review Board [CPRB], said she is not surprised by Chatterji’s resignation.

“I think it’s definitely unfortunate that anyone would leave employment with the City of Pittsburgh out of fear of retaliation,” she said.

Pittinger said CPRB has an open inquiry into allegations raised in Chatterji’s lawsuit and is keeping an eye on court filings.

Timothy McNulty, a spokesman for Mayor Bill Peduto, confirmed that the city was notified of Chatterji's resignation but declined to comment further. A spokesman for the police did not return a request for comment.

James Tallman, Rosato-Barone's lawyer, said Chatterji's resignation has "no effect" on their defense against his lawsuit

Peduto later told reporters today that he didn’t know why Chatterji resigned and said the city did not pressure him to do so.

"All I got was a text message this morning,” Peduto said, adding that the city disputes Chatterji's lawsuit allegations and that his office contacted the FBI directly after learning the result of Chatterji's audit. 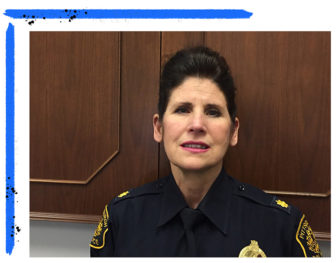 In his lawsuit, the 33-year-old officer says he found evidence that projects the city commissioned from Plum-based contractor B-Three Solutions were fully paid for but either not completed or not implemented. In March, Chief Scott Schubert confirmed to PublicSource that three B-Three systems Chatterji highlights in his lawsuit had never been implemented.

Chatterji also states in the court filing that the city appeared to favor B-Three despite alternatives to their systems that he believes to be superior in quality and less expensive.

Both the FBI and Pittsburgh’s Office of Municipal Investigations [OMI] investigated the handling of B-Three projects by city staff, including Rosato-Barone, according to Chatterji’s lawsuit and other sources. The FBI probe ended last year without finding criminal conduct. The OMI probe ended without faulting Rosato-Barone.

In his lawsuit, Chatterji claims Rosato-Barone ended that internal investigation and influenced the police bureau to stop assisting the FBI after McLay resigned in late 2016. McLay had initiated both probes, acting on concerns about B-Three projects shared by Chatterji and others in the bureau.

McLay reiterated that he believed the FBI and OMI investigations he initiated to be active and ongoing when he announced his resignation (for unrelated reasons).

The city continues to investigate related matters. Chatterji is the target of an OMI investigation, which he claims is evidence of ongoing retaliation. 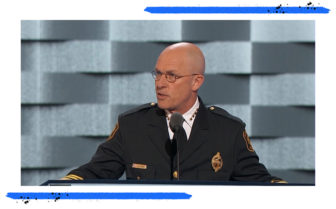 Chatterji alleges he faced pushback from Rosato-Barone after McLay left. In his court complaint, Chatterji says Rosato-Barone told him in a meeting that “he is done with the police department” and should “find another job.”

Rosato-Barone revealed in a May 17 court filing that she filed an internal complaint in November against Chatterji and several others involved in the city’s investigation of B-Three projects, including McLay. She currently helps supervise OMI, though the city has stressed that she does not have involvement in the investigation into Chatterji.

Chatterji asked the judge assigned to his lawsuit to halt the internal investigation into him, claiming the city was improperly using it to learn information relevant to his lawsuit. On May 18, U.S. District Judge Cathy Bissoon denied that request.

Former Assistant Chief Larry Scirotto, who retired earlier this year, is one of the other officials Rosato-Barone named in the November internal complaint. He was supervising the police bureau’s portion of the OMI staff when Rosato-Barone’s complaint was lodged. Yet Scirotto told PublicSource on May 18 that he was not made aware that he was a subject of investigation.

Scirotto said he answered questions from OMI that he believed were related to an investigation involving Chatterji. He only learned that Rosato-Barone’s complaint involved him through her May 17 court filing.

“That’s not fair,” Pittinger said. “When fairness is out the window, then you’re not getting an objective investigation — you’re getting something that’s set up.”

Chatterji, who was born in India, claims he faced racist insults from officers loyal to Rosato-Barone and her daughter, Alexis Barone-Katze, who works in the city’s Department of Innovation and Performance. According to his suit, he was called numerous slurs, including “sandn*****,” “Haji” and “Muhammed.”

Chatterji’s lawsuit claims that Rosato-Barone said he was not promoted because he did not understand “American ways” and received extra credit for being Indian. Chatterji states that he earned the top score of all promotion candidates. Robert Swartzwelder, the president of the local police union, confirmed that Chatterji scored highest of all candidates and said Monday that the city improperly failed to promote him. The union will take a grievance with the city to arbitration, Swartzwelder said, and believes Chatterji is entitled to back pay with interest.

“I think it’s definitely unfortunate that anyone would leave employment with the City of Pittsburgh out of fear of retaliation."

In an amended complaint, Chatterji claims that Public Safety Director Wendell Hissrich was aware of Chatterji’s audit, admitted to the accuracy of its findings but also allowed his promotion to be blocked.

Chatterji’s career with the Pittsburgh Bureau of Police was not without its problems. He made headlines in June 2014 when footage emerged of him striking and grabbing the hair of a 19-year-old woman at the Pittsburgh PrideFest. A city investigation, which included an independent review, cleared him of any wrongdoing and found that he did not use excessive force.

Chatterji is seeking compensatory and punitive damages and payment for attorney's fees in his lawsuit against the city and Rosato-Barone.

Wright did not provide information on Chatterji’s future plans.

“Officer Chatterji wishes his fellow officers only safety and success in the future. He is thankful to the citizens of Pittsburgh for the opportunity he had to serve them,” Wright said in the statement. 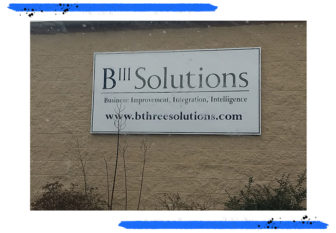 The offices of B-Three Solutions in Plum Borough. (Photo by Matt Stroud/PublicSource)

Meanwhile, B-Three is suing Chatterji. The company claimed in a March 27  press release that Chatterji’s negative audit of their systems was ill-informed and “completely untrue.” The company has blamed McLay for failing to implement projects. McLay confirmed that he ordered a freeze on payments to B-Three during the FBI and OMI investigations; however, he stressed that improving police technology was a priority during his tenure.

Neither Rosato-Barone nor the City of Pittsburgh have responded in court to the main allegations in Chatterji’s lawsuit.

This story has been updated.

J. Dale Shoemaker contributed reporting to this story. Shoemaker is PublicSource's government and data reporter. You can reach him at 412-515-0069 or by email at dale@publicsource.org. You can follow him on Twitter at @JDale_Shoemaker. He can be reached securely at PGP: bit.ly/2ig07qL