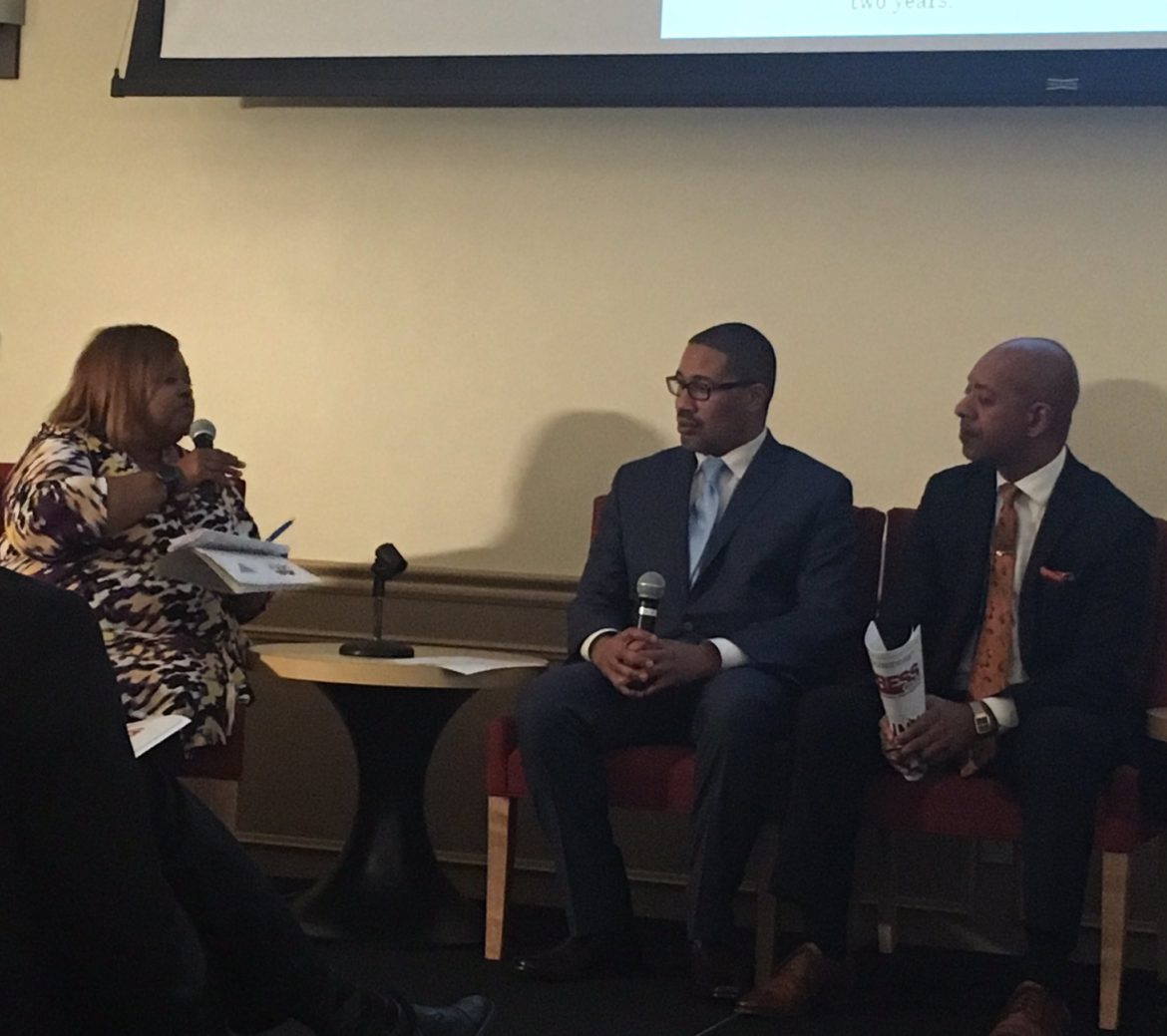 Washington Post reporter Keith Alexander said Wednesday night that watching Harold Hayes, a black reporter for KDKA, as a child made him think he could grow up to be a reporter some day. He said seeing someone who looked like him on TV made a career in journalism seem possible.

However, Pittsburgh’s youth today may not have the same opportunities to see themselves and their communities reflected in the media. Only 9 percent of journalists in Pittsburgh are black, Hispanic or Asian, according to a new survey by the Pittsburgh Black Media Federation.

That’s far less diverse than the city as a whole, which is 24 percent black, 3 percent Hispanic and 6 percent Asian.

Minority journalists made up 17 percent of newsrooms in a 2016 nationwide survey by the American Society of News Editors.

The lack of diversity in the news media can lead to problems in how various stories are communicated and perceived. People experience the world through their own lives, the experiences of close family and friends and in the news media. Framing theory suggests that the stories the media chooses to cover, how it covers those stories and the language used by the media influences how the audience perceives specific events and the world around them.

A 2011 report by the Heinz Endowments showed that 90 percent of stories about black men in Pittsburgh showed them as either criminals or athletes.

That’s one of the negative outcomes of low diversity in Pittsburgh’s news media, according to Letrell Crittenden, the lead author of the Pittsburgh Black Media Federation’s study and an assistant professor of communication at Robert Morris University.

“When you have a newsroom that lacks people of color, stories, particularly more positive stories...simply aren't going to be written or broadcast because people aren't thinking of those stories,” Crittenden said.

He said many journalists hear about potential stories through their personal or professional networks and if those networks don’t include people of color, then the full gamut of stories about those communities are not told.

The survey also found none of the newsrooms had a plan in place to recruit more journalists of color. No newsroom required diversity training of its employees and no newsroom had an editor or community group to review its coverage of communities of color.

“You don't have any sort of plan in place in any of these newsrooms, and without a plan, you're not going to have any action,” he said.

In all, 10 Pittsburgh newsrooms completed the survey, including PublicSource, but none of the major television or radio stations participated. The results were self-reported by media outlets.

There have also been significant changes at many news outlets since the survey data was collected from April to September 2015.

The Pittsburgh Black Media Federation will continue studying media diversity with interviews about the workplace climate for minority employees and plans to release a source list so more people of color are represented in local news stories.