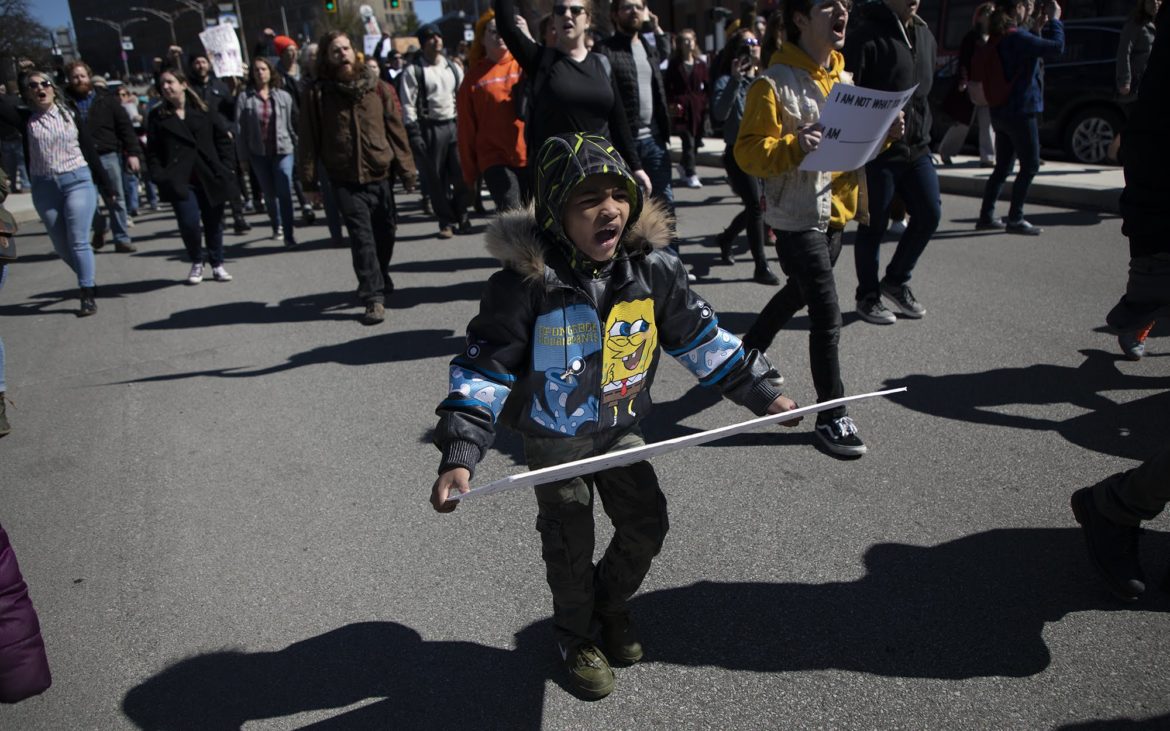 A young boy marches on Saturday afternoon, the day after the not-guilty verdict in the shooting death of Antwon Rose II. (Photo by Kat Procyk/PublicSource)

Antwon Rose Sr. spoke to about 200 people gathered at Freedom Corner in the Hill District on Saturday. They had gathered for what was billed a Community Solidarity Service in response to Friday's not-guilty verdict in the fatal shooting of his son, Antwon Rose II.

Rose Sr. said he was thankful for the support since his son’s death in June and through the trial this past week.

“It’s very painful to see what happened, to sit there and deal with it,” Rose said. “I just don’t want it to happen to our city no more, man.”

Antwon Rose II, 17, was killed on June 19 by former East Pittsburgh police officer Michael Rosfeld. Rosfeld made a felony traffic stop of a vehicle Rose was riding in. Rose ran from the vehicle. Rosfeld, a white man, shot Rose, who was black, three times. The teenager was unarmed.

Rosfeld was charged with criminal homicide; his trial lasted four days and the jury deliberated for fewer than 4 hours before they delivered a decision to acquit. 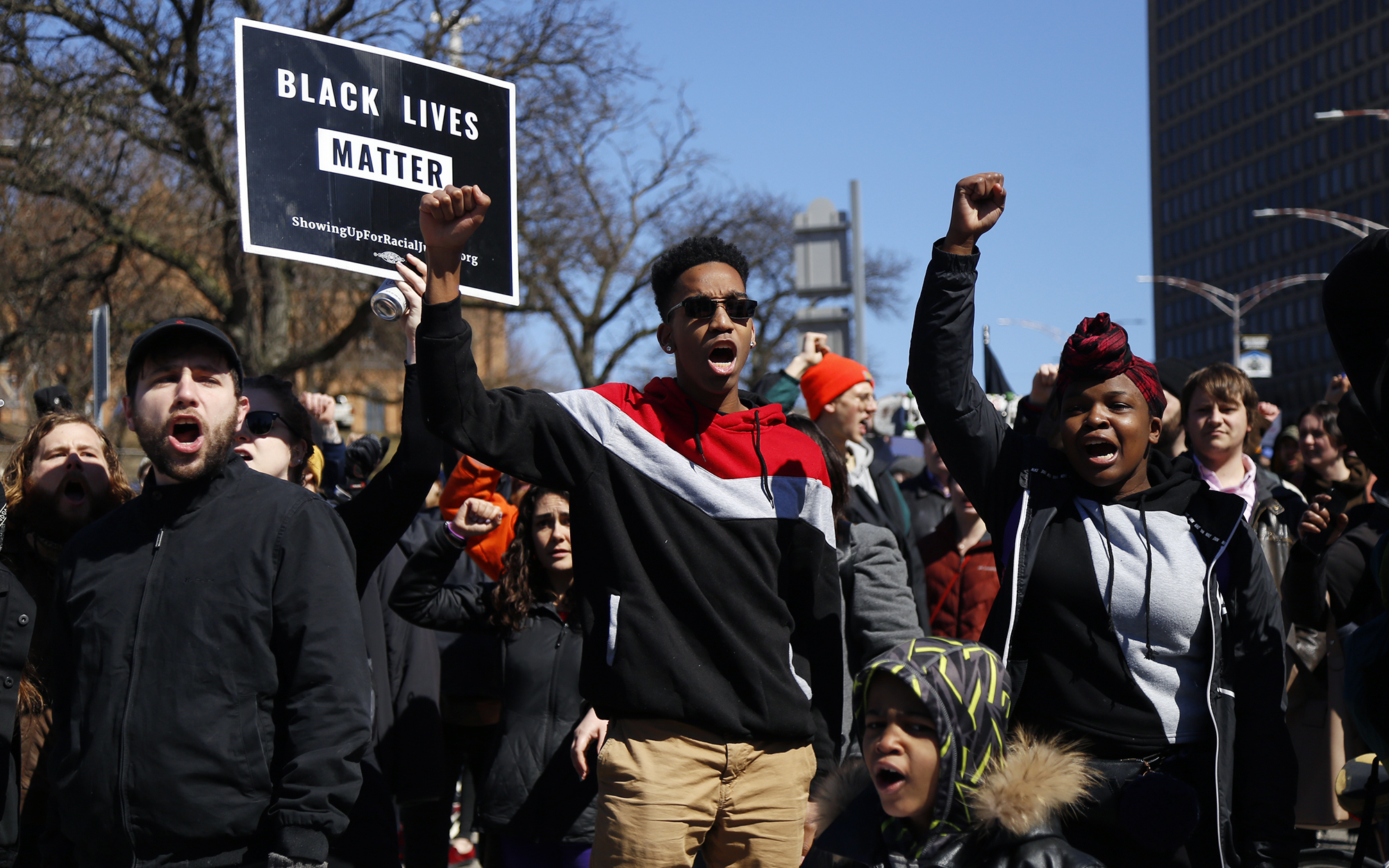 State Rep. Ed Gainey, D-Lincoln-Lemington, told the crowd that the justice system must radically change how it treats black men and boys.

“While no verdict can bring Antwon back, we had hoped to see justice for his murder,“ the statement said. “There will not be justice until we demand justice through legislative and civil actions. Though there is no justice for Antwon today, we are resolute that the system can be changed to ensure justice in the future.”

Leonard Hammonds II, who runs programming for black youth and veterans, called for community members to “carry their pain to the polls.”

Hammonds, 42, said Allegheny County has only had two district attorneys in his lifetime. Robert Colville took office in 1976 and served until current District Attorney Stephen Zappala Jr. began his first term in 1998.

“What does that tell you? What has changed since I was a baby? Nothing,” Hammonds said. “What victories have blacks had in 42 years? Nothing.”

In response, the crowd briefly chanted “Zappala’s got to go.”

Zappala, who charged Rosfeld with criminal homicide June 27, said in a statement released Friday night that he disagrees with the jury’s verdict in the case. On Saturday, another statement from Zappala’s office said they understood frustration over the verdict but that any violence would have ramifications. The statement came after the Monroeville office of Rosfeld’s attorney was struck with gunfire. It was unoccupied and nobody was hurt.

Bomani Howze, the president and CEO of OLMEC Development Company, said society doesn’t currently value the lives of black people, particularly black boys. He told the crowd the community has an obligation to educate young people so they can change the criminal justice system.

“There’s a reason black cops aren’t shooting white boys in the back,” he said. “We have sent a message to young black boys that if you kill them there’s no price to pay.” 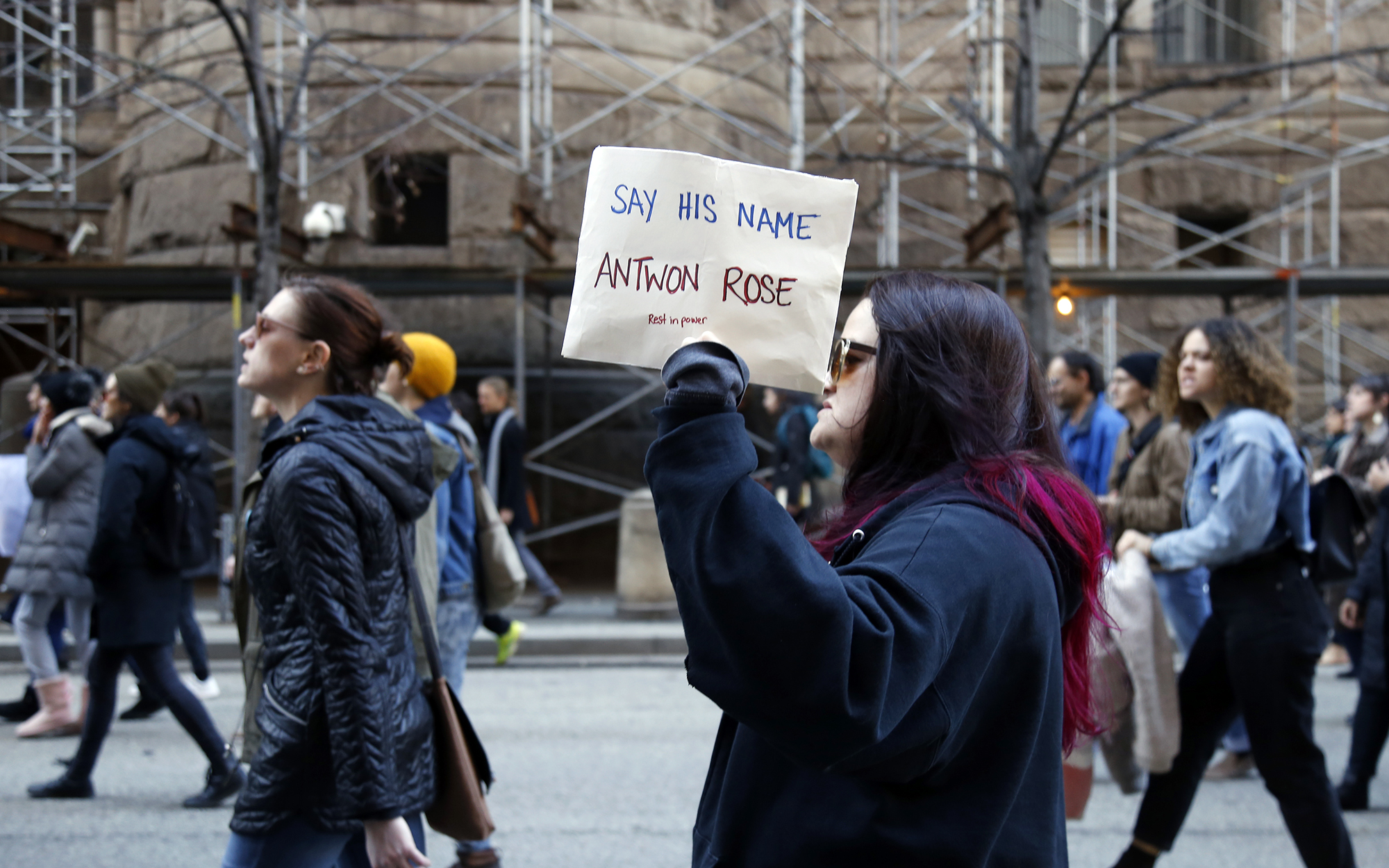 About 400 protesters marched through Uptown and Downtown on Saturday afternoon. (Photo by Ryan Loew/PublicSource)

When the service concluded around 2:30 p.m., participants began marching down Centre Avenue toward Downtown and momentarily occupying various intersections of Downtown and Uptown. The crowd of marchers numbered about 400 people, according to a Pittsburgh Bureau of Police estimate.

Participants periodically sang a song in honor of Antwon:

Steve Tonsor, a white resident of Highland Park, said he attended the vigil because he believes in the importance of showing up for the black community. Tonsor, 66, said he had occasional run-ins with police officers in his early 20s. Eventually he changed his behavior, he said, noting how quickly he could shift his identity because he is white.

“All I did was cut my hair and put on some khaki pants, and I was on the right side of the law,” he said. “All I had to do is change my demeanor and I was part of the structure.”

Dana Gold, a white Churchill resident, said she connected to the case because she adopted a black son.

“My son could have been Antwon,” Gold, 58, said of her 17-year-old. “He goes to school every morning wearing a hoodie and a backpack. He’s loved just like Antwon.”

Gold, who is chief operating officer of Jewish Family and Community Services of Pittsburgh, said she’s been fighting against injustice for a long time.

Around 5 p.m., protesters gathered at Schenley Plaza in Oakland and marched down Fifth Avenue toward Downtown.

Below are moments of Saturday afternoon's march: 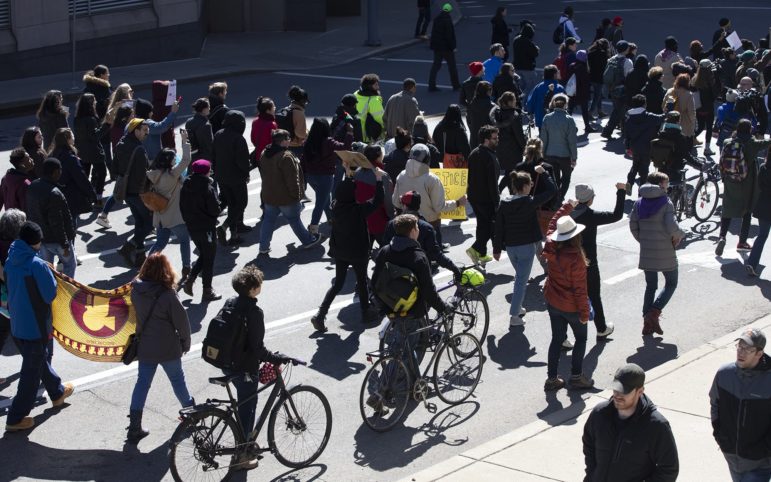 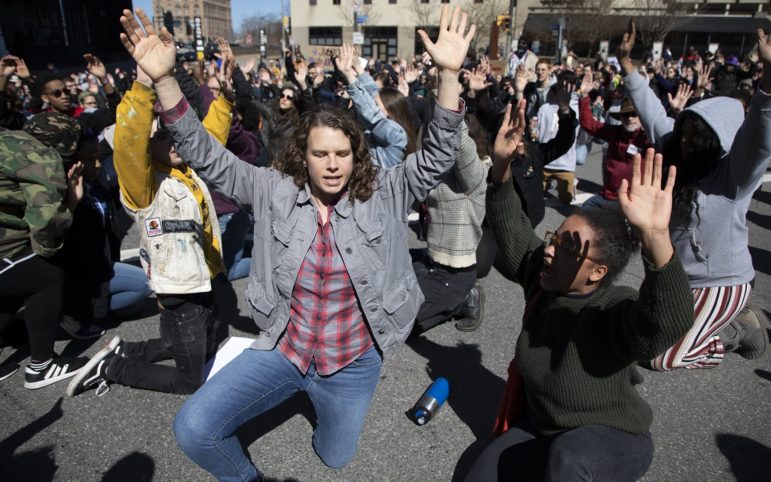 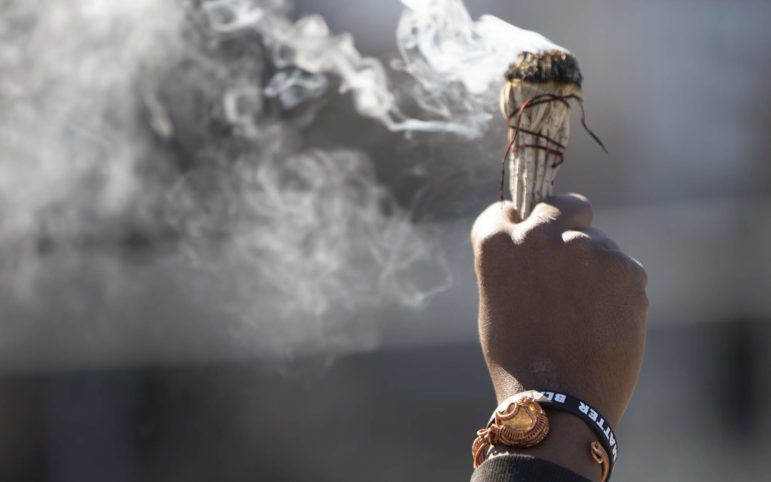 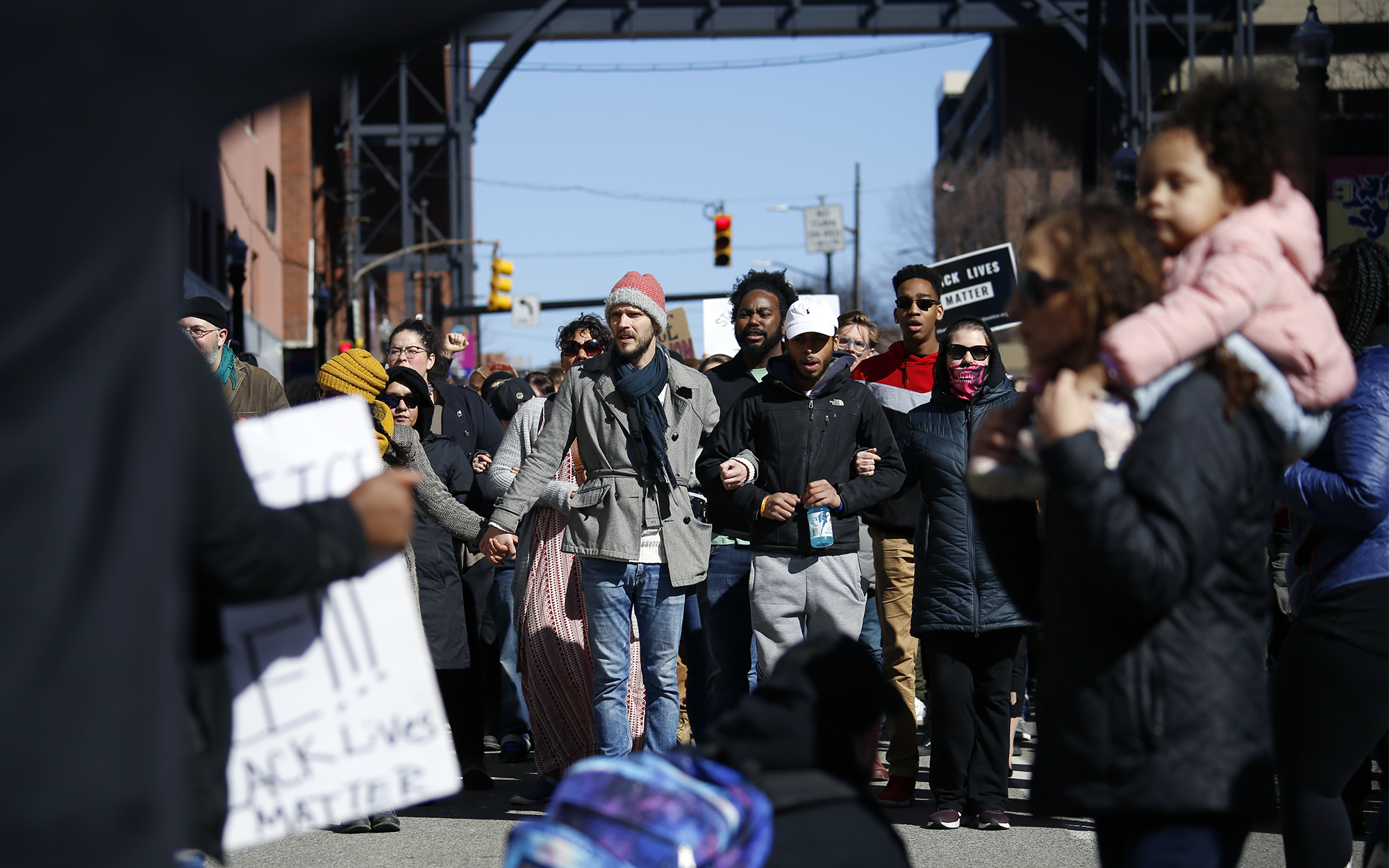 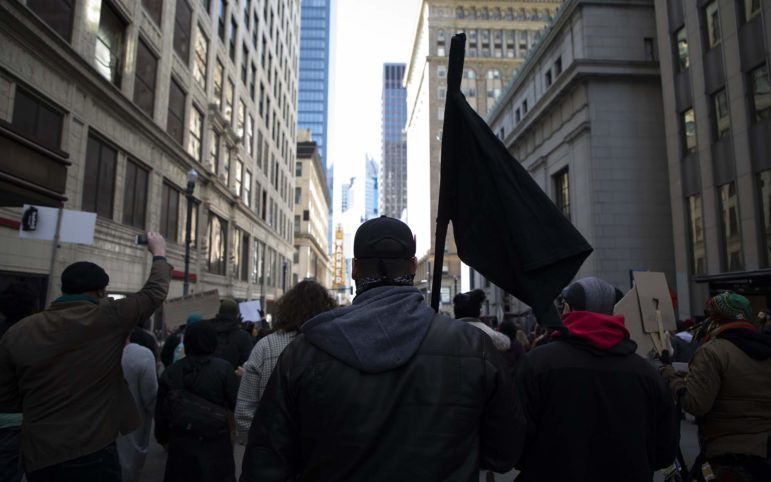 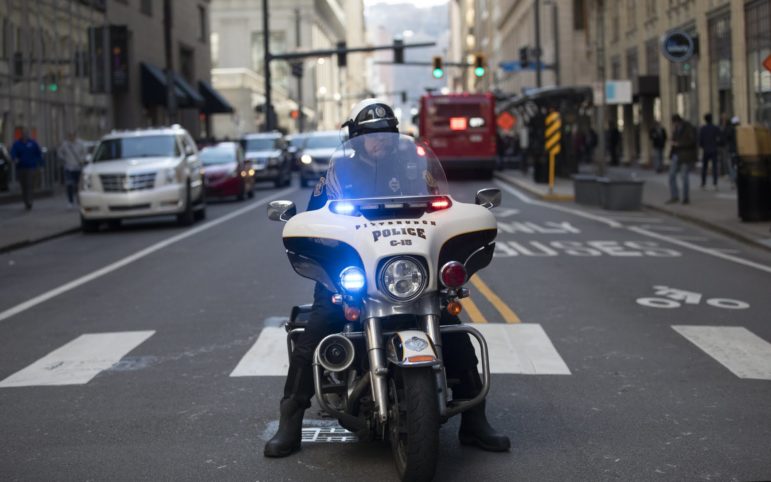 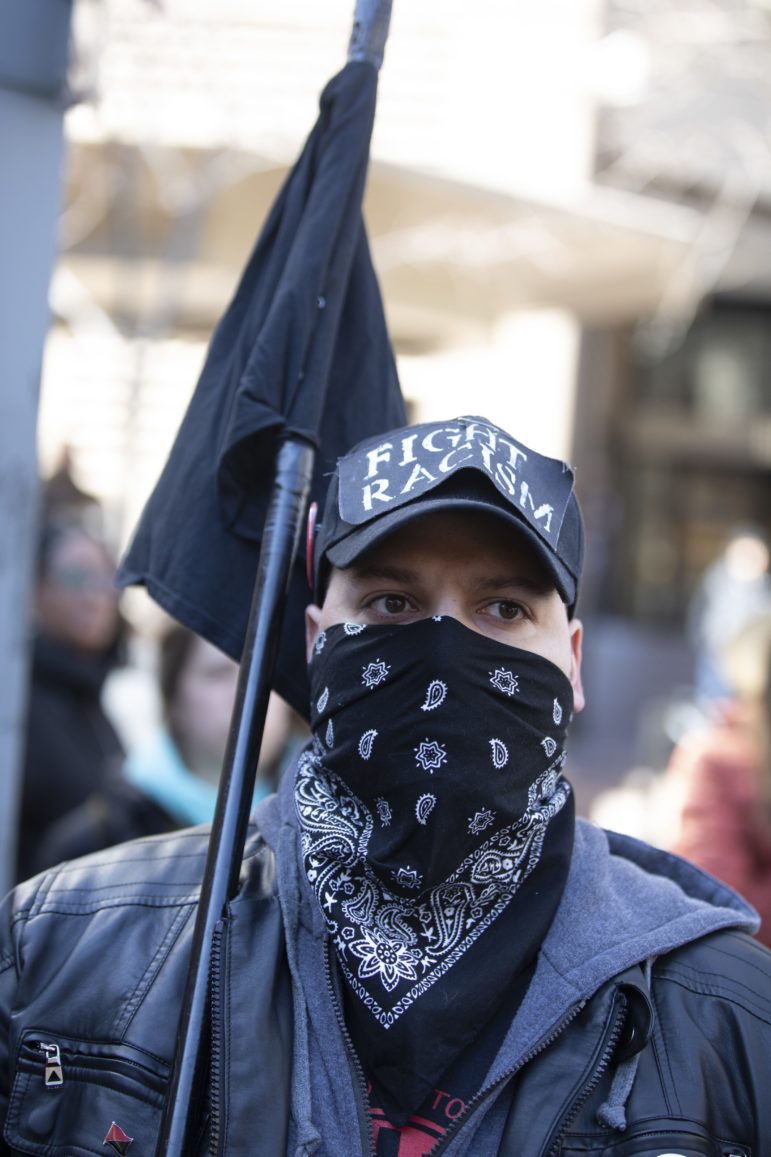 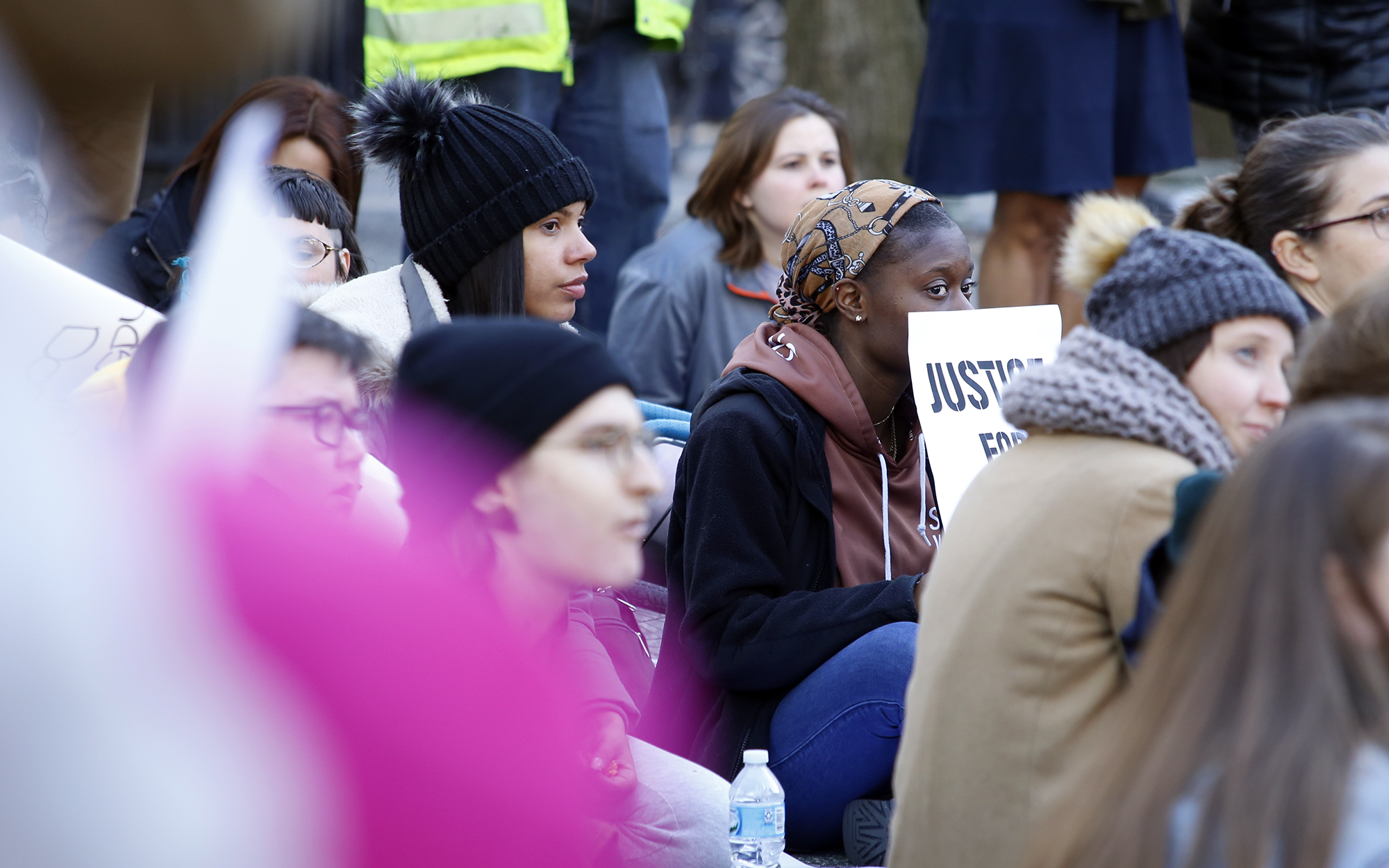