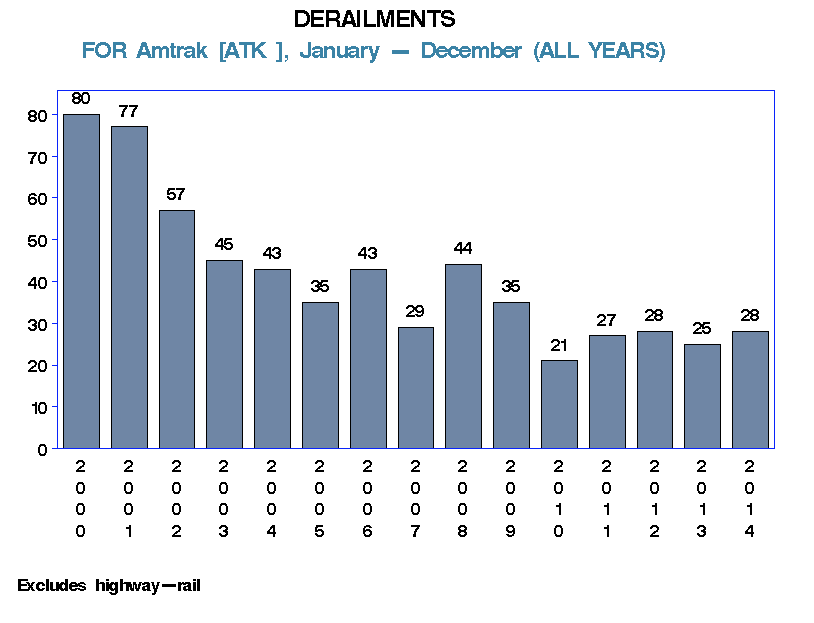 More details are flooding in about the deadly Amtrak train crash in Philadelphia. At least seven people were killed and more than 200 injured. Federal safety officials confirmed that the train was moving at more than 100 mph, which is double the speed limit allowed on those tracks.

Here's some additional information on the crash:

Gov. Wolf: "There was a row of [oil] tank cars near the crash site, and that is a cause for additional concern." #Amtrak

After visiting the scene, Pennsylvania Gov. Tom Wolf said the Amtrak 188 train had derailed near a row of tanker cars, which he said was "a cause of additional concern," according to Philly.com. Amtrak had nine derailments in the first two months of this year, according to the U.S. Federal Railroad Administration (FRA). Here’s a graph of their data covering from 2000 to 2014. Here are the deaths from all accidents or incidents involving Amtrak trains, which can include pedestrians or people adjacent to train tracks as well as train passengers. This is also from the Federal Railroad Administration.