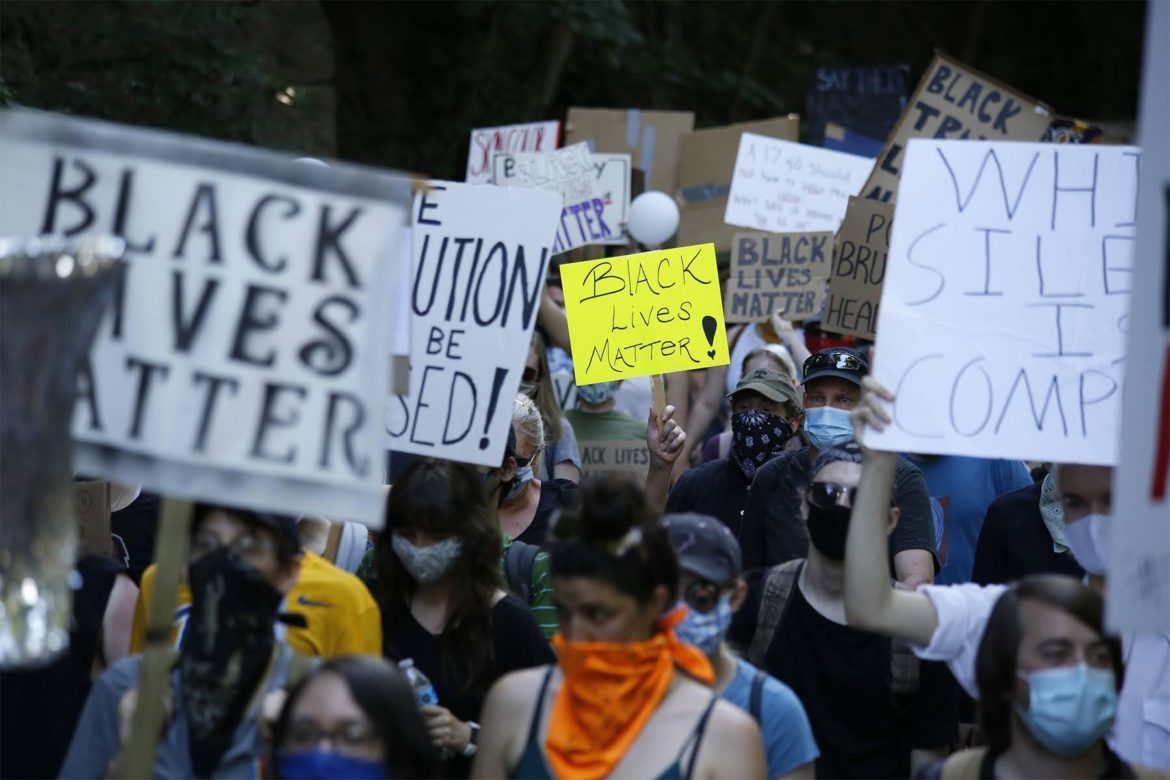 As industries grapple with racial inequities highlighted by the pandemic and protests for racial justice, recent promises by philanthropic organizations suggest positive steps.

Of more than 200 foundations surveyed nationwide by the Center for Effective Philanthropy [CEP], 80% said they’re revising funding processes to better consider racial equity. Many have also committed funding to communities impacted most by the pandemic.

But CEP’s Foundations Respond to Crisis 2020 study gives a note of caution: Success in philanthropy will depend on follow-through in a field where priorities quickly shift. 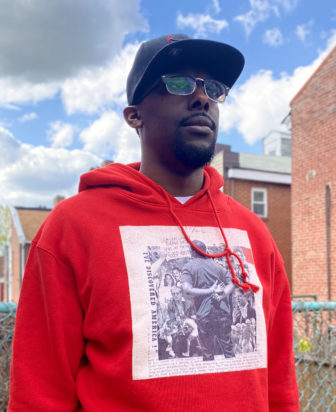 PACE also found that organizations serving white communities were far more likely to get capacity-building support from foundations to make their operations more effective and sustainable.

More attention seems to be paid to equity — something that’s long overdue — but he also worries that the complicated nature of grant applications, coupled with a need for better outreach, means that funding isn’t getting to those who could benefit most.

“I think people are trying,” said Agnew, whose organization focuses on artistic development and entrepreneurship. “But it still has to get better.”

Meanwhile, several Pittsburgh-based foundations said they have examined their practices, including outreach and streamlining of applications, to increase support for historically disadvantaged communities.

Carmen Anderson, vice president of equity and research at The Heinz Endowments*, said it’s crucial for foundations to listen to the communities they serve and take steps to address unmet needs.

“We know that many of the issues we wrestle with are not new,” Anderson said. “They have a historical context.”

A need for outreach

While the pandemic and protests sparked by the murder of George Floyd in Minneapolis accelerated talks about racial inequity, it’s not a new conversation in philanthropy.

In 2018, for instance, the Greater Pittsburgh Arts Council found that few funders had specific art-focused grant programs for small budget organizations, emerging organizations and organizations of color, according to its Racial Equity and Arts Funding report.

Mitch Swain, CEO of the council, said he’s seen more funders since then making a conscious effort to include racial equity and racial justice questions in their applications. He’s also seen an increase in grants and funding opportunities for organizations in communities of color.

But there was still a disconnect.

“Funders weren't making the extra efforts to increase awareness of the programs that they have available,” Swain said. “If you really want to build outreach to the Black arts community, you have to get to know them and you have to work with people that are known within that Black community.”

Justin Laing, the principal consultant of Hillombo Consulting and a former senior program officer of arts and culture for The Heinz Endowments, said that over the years he’s seen more foundations trying to bridge equity gaps. That includes more foundations hiring Black, Hispanic and indigenous people from smaller organizations to work as program officers to help reach organizations they weren’t before.

But predominantly white organizations have the advantage of relationships with foundations that stretch back decades.

“With the larger symphony, opera, ballet or major presenter organizations, like the cultural trust, they are going to maybe even have relationships with board members on the foundation,” Laing said. “The local Black-led organization is lucky if they even know a program officer.”

“If you really want to build outreach to the Black arts community, you have to get to know them and you have to work with people that are known within that Black community.”

Increasing outreach to smaller organizations and organizations led and serving people of color is an ongoing goal of The Pittsburgh Foundation, said Michelle McMurray, the foundation’s vice president of program and community engagement. When the foundation started collecting data in 2015 to better understand their support for organizations led by people of color, they found that their numbers were neither reflective of where they thought they were nor where they wanted to be.

McMurray said the foundation started reaching out to smaller organizations to try to break down barriers and help fund organizations and communities they weren’t reaching.

“We really have to listen to and talk to the people who are most impacted by the decisions that we make,” McMurray said. “And so a core part of our strategy is the data, which is kind of a point of reflection, but it's also really being intentional about being in relationships with organizations that are not benefiting from our organization's resources."

Tim Reeves, senior communications officer at the Richard King Mellon Foundation, said in an emailed response that Floyd’s murder last May prompted the foundation to evaluate its support for Black communities. Staff reached out to more than 50 Black leaders and organizations to ask a key question: “What else can we be doing at this important moment?”

David Roger, the president of The Hillman Family Foundations, said the past year prompted the foundation to once again evaluate whether they were really listening to the needs of the surrounding communities and how they could better empower and support the organizations and leaders that were serving those communities.

“We’ve worked in multiple ways to solicit feedback on what must be done to ensure that racial and social justice are the underlying fabric in our efforts aimed at economic recovery from COVID,” Roger said in a statement. “We know that open, honest dialogue on difficult issues on race, justice and the community’s response is always important, but more so right now.”

Applications as a barrier

The pandemic also highlighted the lack of access and resources that some communities had to technology.

According to Swain, this results in grant applications that might not be easy to access or navigate.

“I think there have been some assumptions that everyone has access to this stuff,” Swain said.

More than half of the foundations surveyed nationally by CEP said they had revised their grant application process to expand their reach.

“I think people are trying. But it still has to get better.”

Agnew said requirements and language used in applications can be intimidating to organizations applying for the first time. “You have to not get bogged down by the writing” and explaining how your project fits the grant, he said. “For a lot of people, it's really hard to do that.”

Anderson said The Heinz Endowments has been working to address technical barriers to grant applications with solutions that could include things like streamlining the process and providing technical support.

“We have to make sure that the application is straightforward, that the questions are simplistic in the way that we ask, that we give as many options as we can so that they can check boxes around certain things,” Anderson said.

Roger said the Hillman Family Foundations has already been working to improve its application process, recognizing that what might seem straightforward to them might be a barrier for an organization that’s never approached a foundation before. Due to the speed required to approve emergency response funding during the pandemic, Roger said the foundations made progress in streamlining applications and grant restrictions.

"In short, we were trying to figure out every way that we could be intentional and create a strategy to get support out and to get it out quickly,” President and CEO Lisa Schroeder said.

Capacity building and support beyond funding 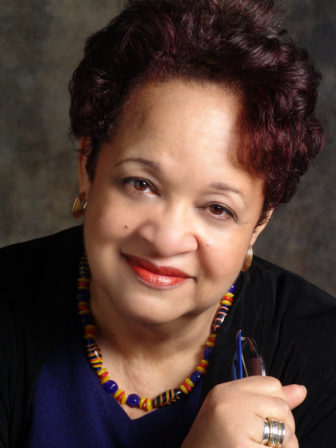 McMurray said The Pittsburgh Foundation is also working on making sure they are doing more than just funding organizations but also providing support and resources throughout the process through their “more than money” model. This includes asking organizations what they are lacking and trying to provide support, which can range from technical skills and infrastructure development to operating support.

"It's not just enough to just put money into the hands of organizations,” McMurray said. “Understand what their needs are, so that those resources are going out in a way that really supports them."

While philanthropic organizations are making intentional steps toward equity, PACE’s research shows that broad disparities still persist, with a result being that some communities lack significant improvements in their health and well-being.

Pete York, a principal at BCT Partners and the lead researcher of the PACE report, said a key lesson is that foundations shouldn’t stop at making grants available — they need to recruit organizations that serve communities most in need.

“Be willing to work with those organizations, in spite of the fact that they may not be as strong as the ones that are on the surface,” York said. “The reason they're not as strong is because they've been ignored.”

*PublicSource receives funding from The Pittsburgh Foundation, the Hillman Family Foundations, the R.K. Mellon Foundation and The Heinz Endowments.

Danielle Cruz is a PublicSource editorial intern. She can be reached at danielle@publicsource.org.