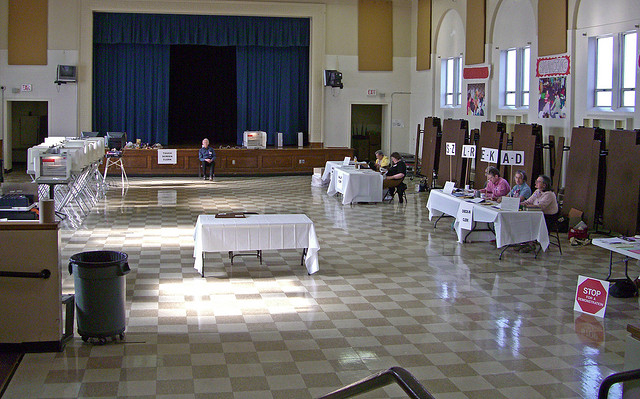 Tom Wolf’s historic victory on Tuesday night, the first time a challenger has defeated an incumbent governor in Pennsylvania, also came at a time of extremely poor voter turnout in the state.

Only 41.8 percent of Pennsylvanians cast a vote in the governor’s race, which is lower than every election since 1998, based on 99.25 percent of precincts reported. Turnout in 1998 was 41.7 percent.

Terry Madonna, the director of the Franklin & Marshall College poll, said in an interview before the election that low turnout was expected this year because there were very few competitive races in the state. Tom Wolf was ahead by double-digits in the polls in the months before the election and there were only a handful of competitive races for the state legislature.

Among the counties in Pennsylvania with more than 100,000 registered voters, these had the best and worst turnouts. The highest turnouts were in Cumberland County (49.6 percent voted), Montgomery County (47.7 percent), and Chester County (46.3 percent).

In the two previous midterm elections, 47 percent of Pennsylvania’s registered voters went to the polls in 2010 and 50 percent voted in 2006.

Nationwide voter turnout in those same midterms was 41 to 42 percent, according to data compiled by U.S.News & World Report. So, Pennsylvania’s voter turnout has been above the national average.

The last time Pennsylvania had a midterm election where there was a governor’s race and no Senate race was in 2002. But the 2014 election still fared worse. Nearly 46 percent voted in 2002, about four percentage points higher than this year.

Pennsylvania was not alone in its poor voter participation this year.