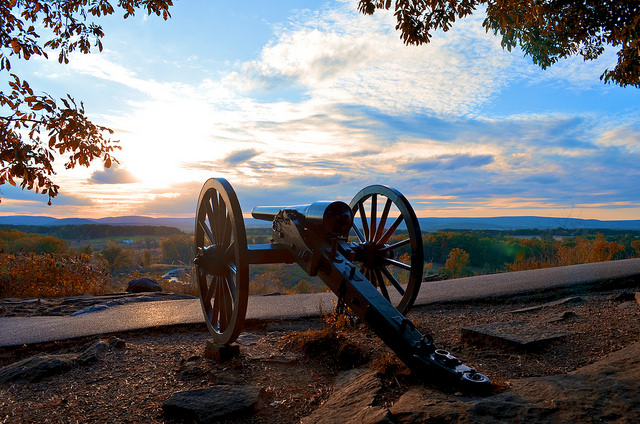 Update: The House voted 123-77 on Tuesday evening to reject the amended version of H.B. 2013 that would have allowed golf courses, hotels and other commercial activities on state park grounds.

The Pennsylvania House of Representatives appears poised to move forward with a measure that could ultimately lead to a transformation of state parks.

The House is considering a bill that would have the Department of Conservation and Natural Resources (DCNR) hire a consultant to assess the potential for private land development on state parks, like golf courses and lodging.

Environmental groups have been up in arms about the bill because they argued that it did not fit with the DCNR’s mission to focus on protecting the assets and environment within the park.

House Bill 2013 was introduced in April, and has been heavily amended from the original version. The proposal originally intended to establish a board to review and approve private development in Pennsylvania’s state parks.

An amendment to the proposal nixed the board and created a consultant position instead; it was passed with a vote of 152-42 on Monday and sent to the appropriations committee. A vote on the House floor is expected this week.

According to the language of the bill, the DCNR would be responsible for:

Selecting a consultant through an appropriate procurement mechanism to conduct an inventory of existing state park assets and issue recommendations where additional recreational, lodging and ancillary facilities in state parks can be developed to the benefit of the general public.

The proposed bill in its original form drew criticism from multiple environmental conservation groups, which criticized the bill for allowing a board unilateral control over whether private development could begin on public state parks.

According to the bill’s text, which has been thoroughly revised, the board would have had power to solicit, review and approve third-party applications to build hotels, inns, restaurants, amusement or water parks, office buildings, sports facilities and golf courses. There was no language in the bill to allow for public comment during the board’s meetings.

Eight environmental action groups, including PennFuture, the state Sierra Club chapter and Clean Water Action, co-signed a letter sent to members of the House discouraging a vote on the bill or any amendments to it.

The groups wrote: “Funds invested toward state parks should be used to help address the backlog of capital improvement projects necessary to maintain and improve visitor experience rather than on private consultants to conduct a pilot study on an area over which DCNR has had authority for decades.”

Davitt Woodwell, president and CEO of the Pennsylvania Environmental Council, said in a video released last week: “We just think that approaching this development in the state parks is the wrong way to go.”

Rep. Ellis and supporters of the bill believe that private development in state parks can bring in unique recreational experiences for park visitors without burdening Pennsylvania taxpayers.

“I introduced this legislation as a way of moving our parks into the 21st Century,” Ellis told the Pocono Record. Ellis pointed to modern attractions in the state parks of neighboring West Virginia and Ohio in his memo for the bill.

Gov. Tom Wolf supported the amendment, establishing the consultant position for the DCNR. Wolf spokesman Jeff Sheridan told PennLive the administration is “committed to ensuring that any new development in the state parks is in keeping with DCNR's mission and planning for the park system.”

Last year, Wolf established a moratorium on leasing any additional state park or forest land to shale gas drillers for fracking. Wolf’s actions reversed a decision by his predecessor, Tom Corbett, to open 25,000 acres of public land to frackers in order to raise close to $100 million for the state budget.