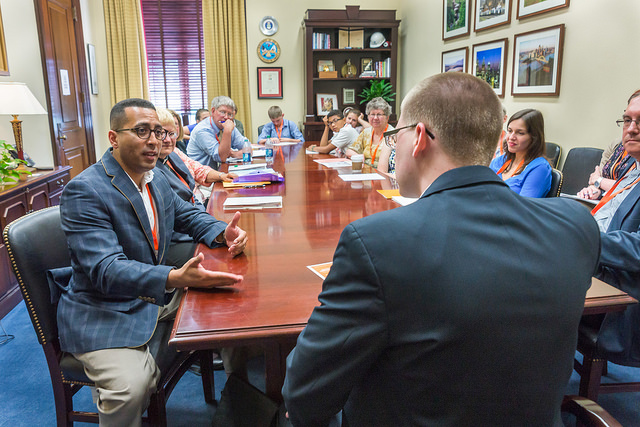 Pennsylvania lost points because lobbyists in the state do not have to reveal which pieces of legislation they tried to influence and lobbyists don’t have to report itemized lobbying expenses if they total less than $2,500 in a quarter.

“...many states fail to address the legislative flaws that create unfortunate loopholes, do not provide citizens with easily accessible information and navigable websites, and lack stringent transparency policies.”

In New Jersey, lobbyists must disclose conflicts of interest, such as whether they ever served in a variety of political positions, including independent authorities and municipal utilities.

Four states received an ‘F’ — Florida, Nevada, Oregon and West Virginia. Florida received the lowest possible score on the foundation’s grading scale because lobbyists there don’t report their expenses, what legislation they are trying to influence and the public can’t access lobbying disclosures or expenses online.

You can see the full scorecard here.

Regardless of the legal language, if the state agency overseeing lobbying offers a clunky website, then finding the disclosed information becomes a real hassle. Kansas chooses not to hold any lobbying data before 2015 on its website. Further, the data presented are not machine-readable nor downloadable in bulk — a criticism applicable to many states.