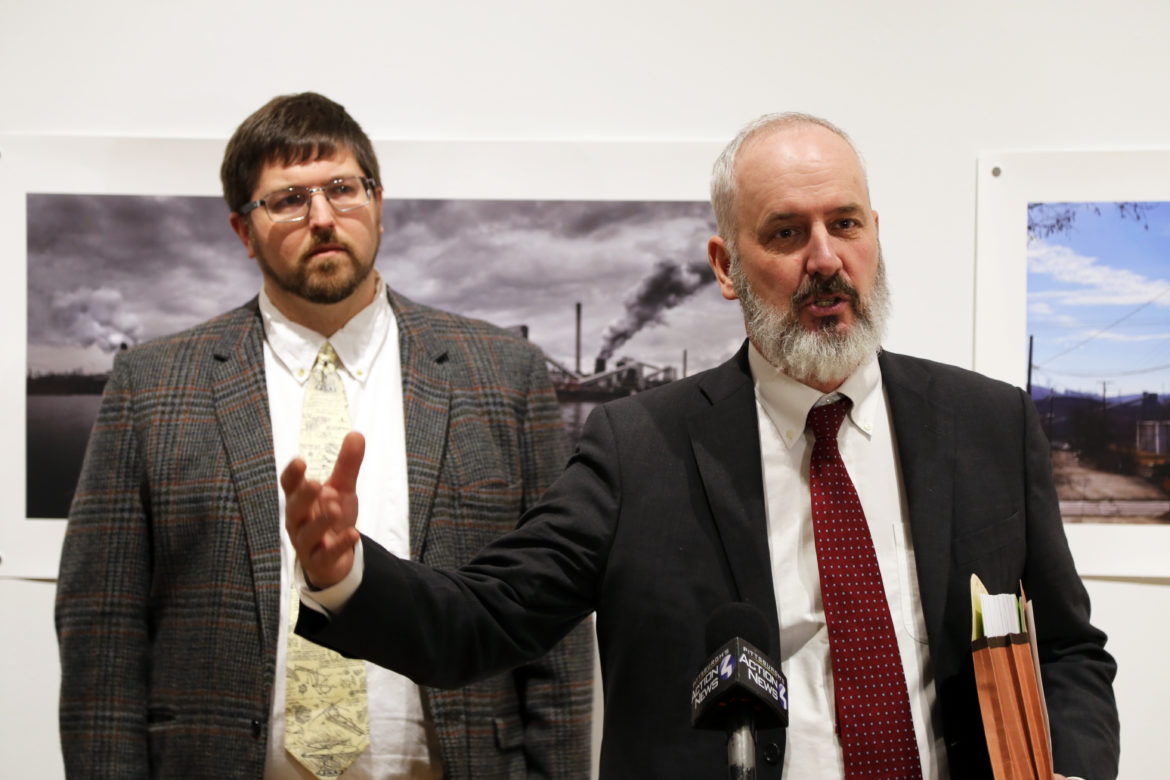 A top Pennsylvania environmental advocacy group is threatening to sue U.S. Steel over what the group said are repeated violations of the U.S. Clean Air Act at the company’s Clairton Coke Works—North America’s largest coke producer.

“The simple fact is that Clairton Coke Works is operating illegally, and public health is suffering because of it,” George Jugovic, Jr., PennFuture’s chief counsel, said in a statement.

PennFuture said it discovered more than 6,700 air pollution violations between January 1, 2012 and May 31, 2015. That’s an average of “polluting over five times a day, every day for nearly three and a half years,” Jugovic said.

A spokesperson for U.S. Steel declined to comment for this story.

“In 2014, 93-tons of particulate matter was unnessarily released into the air,” Jugovic said. “Particulate matter has been shown to directly lead to lung irritation, asthma, bronchitis, cancer and cardiovascular disease.”

John Graham, an atmospheric scientist at the Clean Air Task Force, drew links between the industrial sources of air pollution in the county and increased cancer risks.

"Using data from the EPA's National Air Toxics Assessment, Allegheny County ranks as one of the worst counties in the nation for cancer risk," Graham said in a statement. "The assessment indicates toxic emissions from industrial point sources as a primary factor that contributes to the County's poor performance."

Located 20 miles south of Pittsburgh, U.S. Steel’s Clairton Coke Works operates 10 coke batteries—the oldest ones have been in use since 1955.

The press conference was held at an air pollution photography exhibit in gallery space at Pittsburgh Filmmakers. (PublicSource was once part of Pittsburgh Filmmakers and currently has office space there). A looming black and white photo of the Clairton Coke Works hung on a wall behind the speakers as they announced their plans to sue.

“This exhibit, ‘In the Air: Visualizing What We Breathe,’ provides a visual reminder of the effects air pollutants has on public health,” Jugovic said.

Cheryl Hurt, 68, who lives close to the coke works, provided a statement that was read aloud at the press conference by Annie Reagan, of PennFuture.

“In the Clairton community we don’t see black soot that used to be on our bedsheets and windows,” Hurt wrote. “Unfortunately people don’t realize it’s the fine particulate matter that is still in the air that is just as dangerous.”