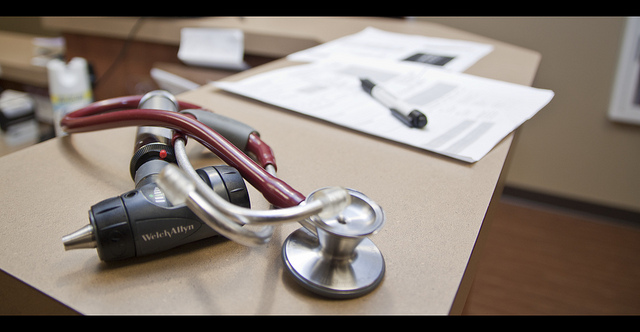 The five-year contracts with Genesis HealthCare, OakHealth and Golden Living Centers will raise wages between 3 percent and 4 percent each year on a path to $15 an hour for certified nursing assistants.

The nursing home settlement contract also raises wages to between $13 and $14 an hour for non-nursing departments at nursing homes, including dietary and housekeeping.

“I think it’s a great win across the board,” said Susan Blaskowitz, a 26-year-old certified nursing assistant who works at the Beaver Valley Nursing and Rehab Center. “It’s a win for us, and it’s a win that’ll help other facilities see what they should be doing for their workers and for their nurses.”

The significant win follows a major Fight for $15 victory at UPMC, Pennsylvania’s largest private employer, which said last week that it would raise its entry-level wage to $15 over five years.

The average wage of a Pennsylvania nursing assistant is $13 an hour, which is about $27,000 a year for someone working full time year-round, according to the Keystone Research Center, a left-leaning think tank in Harrisburg.

The contracts have been in negotiation since January. SEIU Healthcare Pennsylvania worked for the past year to draw attention to the issue through community events and meetings with lawmakers, according to its press release.

“It’s difficult to describe how exciting it feels that we won $15 an hour in our new union contract,” Dana Roscoe, a certified nursing assistant from Bethel Park, said in the press release. “This is the first step in helping turn this job into a career for me and for so many other caregivers across the state.

The labor union represents more than 25,000 nurses, technicians, nursing assistants and support staff across the state in hospitals, nursing homes and public institutions.

Pennsylvania is home to the fourth-highest population of people 85 and older, many of whom receive care at nursing home facilities.

On April 14, nursing home workers plan to gather at nine locations to not only celebrate their victory, but also to urge other employers to join in raising wages to $15 an hour — “to create an economy that works for everyone in Pennsylvania,” according to the press release.