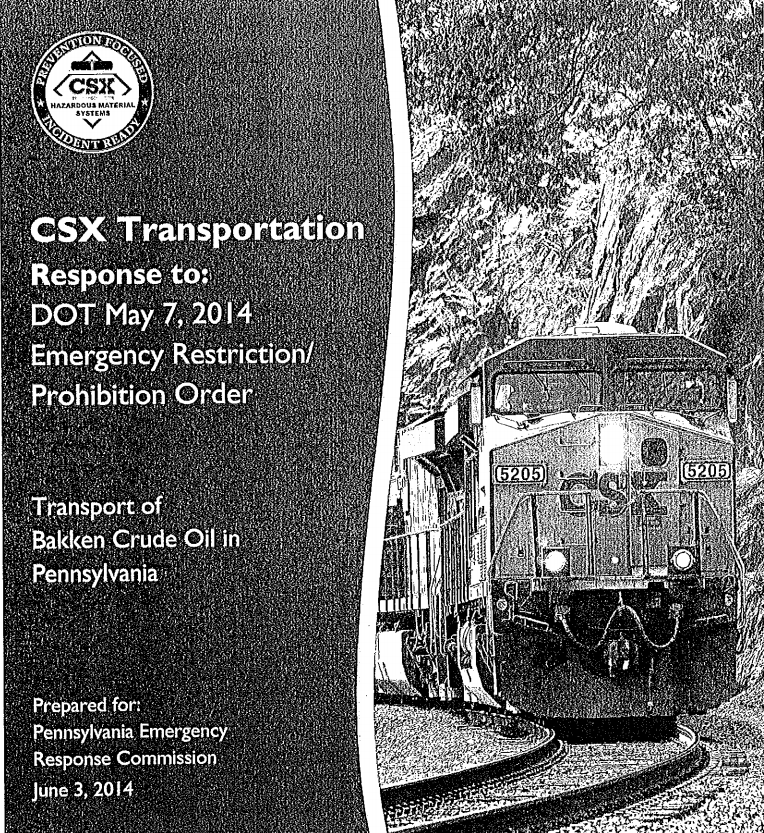 After months of keeping it under wraps, Pennsylvania officials have released information on crude oil shipments from North Dakota’s Bakken Shale transported by rail in the state.

Railroads Norfolk Southern and CSX had 30 days to appeal, but it seems they opted not to do that.

The data shows CSX transports crude oil through 12 counties in the state. In Allegheny County, the railroad estimates it runs 1 to 5 trains on both the P&W route (the line goes from Rankin North through Pittsburgh, according to Wikipedia) and the Pittsburgh route, each week.

In May, the U.S. Department of Transportation ordered railroads to give states shipping information of lines where they transport at least one million gallons at a time of crude oil from the Bakken Shale. Several states were quick to make the information public, including California, Illinois and Washington.

PublicSource and other news organizations filed Right-to-Know requests for the information, but were denied because the state came to an agreement with railroads to keep the information confidential. The railroads cited potential terrorist threats and business reasons for keeping it under wraps. Several news outlets, including McClatchy Newspapers, appealed the denial.

Pennsylvania’s Office of Open Records told state emergency response officials to make the information public, after saying it was neither proprietary nor sensitive for security reasons.

Come back to our website for more on the release of the information.