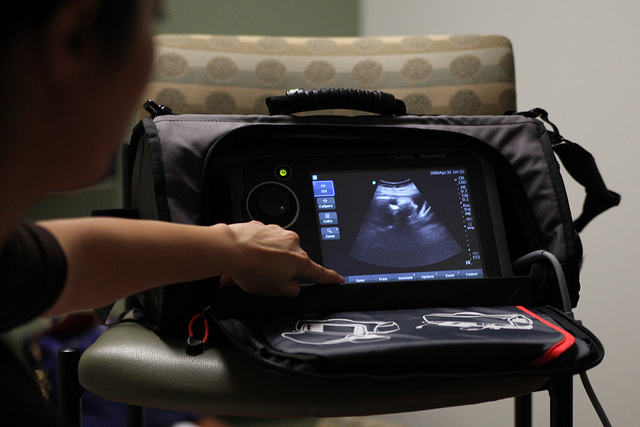 House Bill 1948 moved through the Senate Judiciary Committee Monday on a 9-5 vote, with state senators voting down party lines. The bill previously passed in the House with a 132-65 margin.

The bill contains restrictions on when and how physicians could perform abortions on women.

New components of the bill include a ban on abortions past 20 weeks of gestation, except in cases of medical necessity.

Further, in cases of medical necessity, the operating physician must first consult another physician before beginning the procedure and the operation must take place inside a hospital.

There is no language in the bill that allows for exceptions in cases of rape or incest.

One of the most contentious terms of the bill involves the addition of a ban against a second-trimester abortion operation technique known as dilation and evacuation, in which the fetus is extracted with tools.

In HB 1948, the procedure is referred to as “dismemberment abortion.” This language drew criticism from the committee’s top Democrat Sen. Daylin Leach of Montgomery County, who pointed out that the phrase is not a recognized medical term.

“Decisions are made — painstaking decisions by women and men — that might have to end the pregnancy for the sake of the woman and her health and the family’s health,” Boscolam said.

“Who is anybody in this room to tell a woman what she should do in that critical time?”

Boscolam is the only woman on the 14-member Senate Judiciary Committee.

Fifteen other states have bans on abortions after 20 weeks, according to the Guttmacher Institute, a research and policy organization focused on advancing sexual and reproductive health rights.

Currently, only six other states have passed laws banning the dilation and evacuation procedure, a common method because doctors say it is safest for the mothers. In 2015, Kansas became the first state to enact such laws, though the state’s Court of Appeals overturned the constitutionality of the ban in a decision earlier this year.

In 2014, the Pennsylvania Department of Health reported that nearly 93 percent of abortions performed in the state were done in the first 14 weeks of pregnancy.

Dilation and evacuation procedures accounted for less than 5 percent of abortions performed in the state that year, or 1,550 operations total.

In 2014, nearly half of the women who had abortions in Allegheny County lived in other counties, and volunteer clinic escorts say they are trained to look for out-of-state license plates.

Gov. Tom Wolf has repeatedly stated that he will veto this bill if it comes to his desk.

“This is a bad bill for Pennsylvania, and we cannot allow it to go forward,” Wolf said at a press conference Monday.

The General Assembly can override Wolf’s veto with a two-thirds majority in each body.