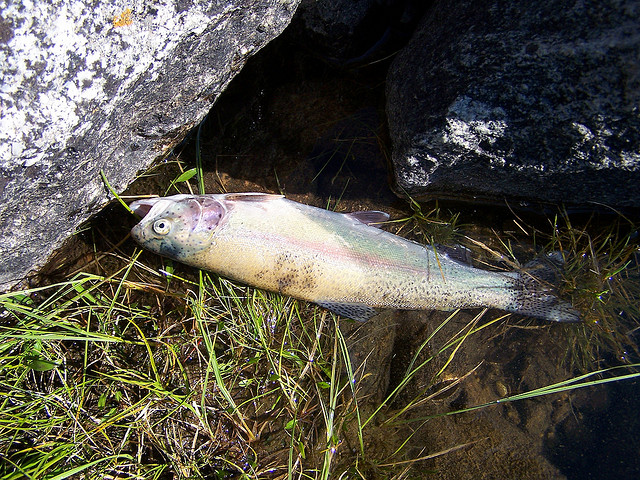 Did you know the Pennsylvania Fish and Boat Commission has authority to issue citations for Marcellus Shale pollution cases?

If you’re answer was no, we’re in the same boat.

Well, apparently they do and commission officials told the Pittsburgh Tribune Review that they’re not doing a good job at issuing citations because they’re understaffed.

“There are a lot of pollution cases, and we're not there. But it's not our fault,” commissioner Bill Sabatose told the newspaper. “We just don't have the people.”

He added that he was “disgusted” by the situation.

More from the Tribune-Review:

Officers, who stock fish and perform boating safety patrols among other responsibilities, are investigating only pollution incidents reported to the commission. Oftentimes, by the time they arrive at the remote sites, evidence has been destroyed or washed downstream, he said.

“There's a lot more we could be doing,” [Corey] Brichter said. [Brichter is chief of the commission's law enforcement bureau.]

The commission is recruiting new officers and hopes to begin training cadets next year. But it will take a year for them to be ready for field assignment, the commission said, by which time additional officers may have retired.

What the commission needs is a cadre of officers assigned specifically to work Marcellus Shale and pollution cases, said executive director John Arway. He's hoping state lawmakers will provide them.

There’s a possibility that the additional funds for new hires could come from impact fees or the creation of a Marcellus Shale severance tax, according to the article.