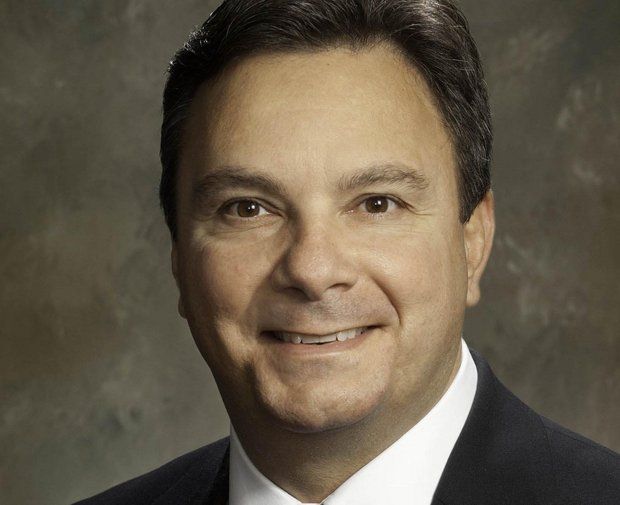 Christopher Abruzzo, the secretary of environmental protection for Pennsylvania, has resigned after last week being named one of the state officials who sent and received pornographic emails, according to Harrisburg’s PennLive.

Abruzzo was one of eight officials named as part of an investigation by Attorney General Kathleen Kane, whose inquiry has been controversial because some say it is driven by politics. Kane is a Democrat. And Abruzzo was a close confidante of Gov. Tom Corbett, a Republican who is lagging his opponent Tom Wolf in a contest to stay in the governor’s mansion.

Abruzzo says he is leaving Gov. Tom Corbett's administration to avoid becoming a distraction to the ongoing work of a boss in the midst of a tough re-election battle. ...

According to … Kane's report, Abruzzo was a recipient of as many as 46 sexually-explicit emails in 2008-10, in apparent violation of office computer usage policies in place at the time.

The Department of Environmental Protection secretary will leave his $139,931-a-year post effective immediately, according to PennLive. Dana Aunkst, the department's current deputy secretary for field operations, was named acting secretary by Corbett, who the article said had met with Abruzzo.

In a statement quoted by PennLive, Abruzzo said:

"Although I have not been afforded any opportunity by the Attorney General to review any files supporting the public assertions against me, it is my concern that these assertions have become a distraction from the great record of this administration.

"While I have no recollection of the specific accounts described by the media, I accept full responsibility for any lack of judgment I may have exhibited in 2009.”

Abruzzo was Corbett’s deputy chief of staff before becoming head of the DEP in 2013, when Michael Krancer resigned.

The other officials named in Kane’s investigation, according to Philly.com, were:

Frank Noonan, Corbett's current state police commissioner; Kevin Harley, who had been Corbett's top spokesman both when Corbett was attorney general and after he became governor; former ranking prosecutors Patrick Blessington, who now works with the Philadelphia District Attorney's Office, and Glenn Parno, who now works in the Department of Environmental Protection; Chris Carusone, Corbett's former liaison to the legislature; Richard A. Sheetz, former executive deputy attorney general in the office's Criminal Law division; and retired agent Randy Feathers, appointed by Corbett to the Pennsylvania Board of Probation and Parole.