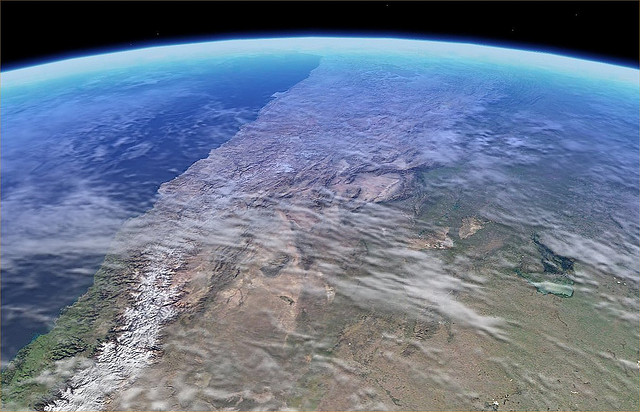 Today, people around the world plant trees and march in parades to celebrate the glories of the Earth.

In addition, on this Earth Day, leading climate scientists made a bold statement: If humans are to avoid the worst effects climate change has to offer, three-quarters of the known fossil-fuel reserves must stay in the ground.

A group of 17 leading climate scientists released The Earth Statement, urging world leaders to stay true to their climate commitments and lists essential things that need to be included during a global climate deal at a United Nations summit in Paris later this year.

The scientists said governments need to commit to a zero-carbon society by 2050 and to limiting global warming to below 2 degrees celsius, the temperature rise agreed to by governments at a 2009 U.N. climate summit.

“It’s so frustrating, because it’s the choice of moving down a business-as-usual route with devastating outcomes for humanity and, at the same time, we have this almost unprecedented opportunity, we can transform the world economy to a fossil fuel-free one….”

If the world fails to act on climate change, the statement said, there would be a one in 10 chance of temperatures rising by more than 6C by 2100, “a level of risk that would be comparable with accepting 10,000 plane crashes daily worldwide,” according to The Guardian article.

Many notable figures have publicly supported the statement, including Desmond Tutu and Richard Branson.

From The Earth Statement:

2015 is a critical year for humanity. Our civilization has never faced such existential risks as those associated with global warming, biodiversity erosion and resource depletion. Our societies have never had such an opportunity to advance prosperity and eradicate poverty. We have the choice to either finally embark on the journey towards sustainability or to stick to our current destructive “business-as-usual” pathway.

Three times this year, world leaders will meet to set the course for decades to come. In July 2015, heads of state meet to discuss Financing for Development. In September 2015, the UN Sustainable Development Goals (SDGs) will be adopted. In December 2015, nations negotiate a new Global Climate Agreement. Decisions made in this single year will be the legacy of our generation. In particular, if we do not succeed in tackling climate change, the sustainable development goals, livelihoods in many parts of the world and the wellbeing of our close and distant kin will be threatened.

Click here to read the full statement and here if you want to sign the Earth Statement pledge “calling on world leaders to deliver an ambitious, science-based and equitable outcome in Paris that sets us on a path to limit global warming to below 2 degrees.”