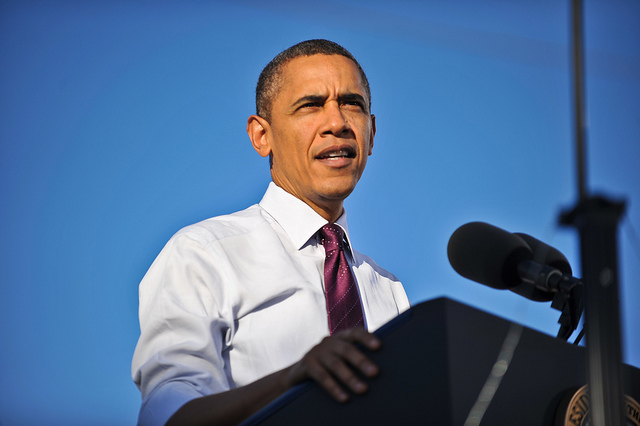 In what he calls “the biggest most important step we’ve ever taken to combat climate change,” President Barack Obama announced his plan to cut carbon emissions from existing coal-fired power plants.

“Our climate is changing. It’s changing in ways that threaten our economy, our security and our health,” Obama said in a White House Facebook video released Saturday. “This isn’t opinion. It’s fact, backed up by decades of carefully collected data and overwhelming scientific consensus.”

At 2 p.m. Monday, Obama is scheduled to release his administration's final version of the Clean Power Plan that will set the first-ever U.S. standards for carbon pollution spewed from power plants. These plants are the nation’s main source of CO2 emissions, and up until this point, have been allowed to release unregulated amounts of carbon into the atmosphere.

“Climate change is not a problem for another generation, not anymore,” Obama said in the video.

The rules are seen as much more ambitious than draft regulations announced by the administration last summer.

Using individual state targets, the plan aims to reduce carbon emissions overall by 32 percent below 2005 levels by 2030. The plan gives each state an individual target, based on current emissions and energy mix, and it requires states to draft their own plans for meeting those standards, according to a Huffington Post article.

The final rule gives states two years longer to comply with the new rule, with a deadline of 2022 instead of 2020 as indicated in last year’s draft.

The new rules also aim to push power plants to rely on renewable energy, like wind and solar, more quickly than the previous rule, with requirements for 28 percent of the nation’s generating capacity be made up of renewables by 2030.

The final rule is also expected to provide more incentives to states that begin making emissions cuts earlier. And it is crafted to push states toward renewables faster, rather than switching to natural gas-powered plants, an issue some states identified in the draft version of the rules.

EPA Administrator Gina McCarthy said in the call with reporters Sunday that while the updated rules are more aggressive in terms of overall emissions reductions, the agency believes they are also more achievable due to changes in how states can meet the requirements and because of how fast many states are already adopting renewable energy.

"Our country's clean energy transition is happening faster than anybody anticipated, even faster than when we proposed the rule last year," said McCarthy.  The rules, she said, are "flexible, customizable and puts states in the driver's seat."

The rules are being hailed by environmentalists and berated by Republicans and industry groups. Lawsuits are expected.

Senate Majority Leader Mitch McConnell, R-Ky., personally asked states to ignore the new EPA rule in a letter he sent to all 50 state governors in March. He wrote that the plan is, “extremely burdensome and costly, and will not seriously address the global environmental concerns that are frequently raised to justify it."

Pennsylvania coal suppliers told StateImpact Pennsylvania on Monday that coal will remain an important part of the state’s energy mix, despite the new rules.

“Both the Wolf administration and the Pennsylvania legislature have repeatedly stated that coal use will remain a critical component of any blueprint for a state strategy to comply with the federal carbon emissions rule,” said John Pippy, CEO of the PA Coal Alliance.

He said the continued prominence of coal in the energy mix is especially important in Pennsylvania as one of the biggest U.S. electricity generators and exporters.

“We’re looking forward to working with our policymakers to ensure coal continues to supply the Commonwealth and surrounding states with low-cost electricity,” he said.