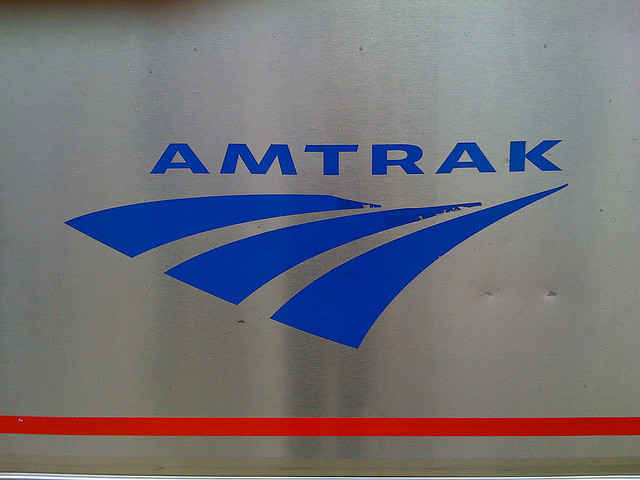 Aerial photos of the Amtrak train that crashed in Philadelphia Tuesday night show the derailed train sidled up near a row of black torpedo-like tank cars on an adjacent track. They look like the typical tankers used to haul flammable crude oil that have been involved in several fiery derailments across North America this year.

Gov. Tom Wolf told reporters the tank cars were "a cause of additional concern" after he visited the crash site, where an eighth body was found today.

But we later learned that there wasn’t any crude oil in those cars.

John Enright, Conrail’s spokesman, told The New York Daily News late Wednesday that “none of the cars in the yard had crude oil or ethanol.” And StateImpact Pennsylvania tweeted Thursday afternoon that a Conrail spokesman had confirmed there was no crude oil in the tanks near the derailed Amtrak Northeast Regional Train 188.

Conrail spokesman says tank cars near #Amtrak188 were NOT #oiltrain

Because the Amtrak train didn’t actually hit any tankers, it’s really a “what if” situation and a “non-story,” John Enright, Conrail’s spokesman, told PublicSource. He said the media’s attention right now should be on the families of the victims and the first responders.

But is it that unlikely a scenario that a passenger train could hit tankers full of crude oil? Especially when you consider how much crude-oil traffic is in Philadelphia?

StateImpact PA put it this way:

It wouldn’t be far-fetched for a passenger rail car to collide with an oil train, dozens of oil trains run through the state on their way to Philadelphia and South Jersey refineries each week. In fact, Norfolk Southern runs oil trains on a track that runs above Amtrak lines, close to the derailment. Bakken crude oil from North Dakota crosses those lines daily, traveling across the Delaware river, and down to refineries in South Jersey.

Although none of the crude oil accidents in recent years have involved passenger trains, other freight trains have a history of colliding with crude-oil trains. A 2013 disaster occurred in North Dakota when a passing soybean train derailed into the path of a crude-oil train, igniting a massive fireball and requiring evacuations. It caused no injuries.

Rail experts told the news outlet that the Amtrak accident would have been much worse if it had hit tank cars full of hazardous material.

Jim Blaze is an economist and railroad consultant who worked in the railroad industry for 30 years.

“Let’s say there was [hazardous material] in those rail cars,” said Blaze. “If the cars cracked open, it could have been an explosive force and caused a chain reaction. What would the casualty rate have been as a result? Could you imagine evacuating 750,000 people? What’s that going to cost? What’s the lost business revenue?”