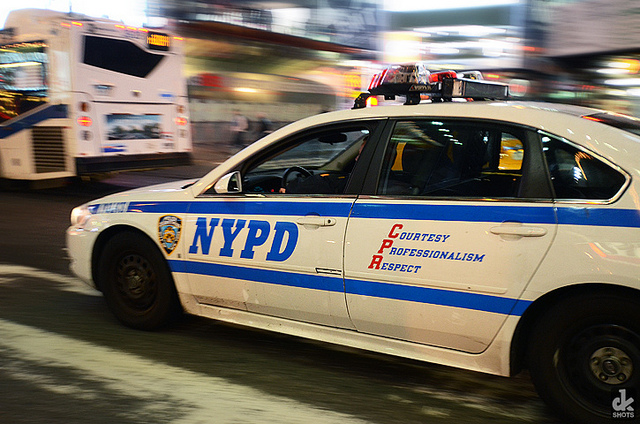 With all its lofty ideals about justice and fairness, the court system often comes down to the word of a suspected criminal against the word of a sworn police officer.

If there’s no reason to doubt an officer’s word (or nothing provable), police tend to get the edge.

The Legal Aid Society wants to balance the scales.

As Slate reports, the New York-based public defenders organization created a “bad cop” database that compiles complaints and disciplinary actions against New York City officers so that offenders have a historical record to lean on if their legal arguments contradict an officer’s word.

Cynthia Conti-Cook, who brought the database idea to Legal Aid, told Slate that defendants enter the courtroom with a “big red arrow” pointed at them that says “criminal.”

The database shifts that arrow.

“It takes the judge’s attention away from what your client did wrong to get here, and puts more of a burden on the police officer to prove that your client actually did something,” Conti-Cook said. That matters, she added, because “more and more, in this broken-windows climate, the main and sometimes only witness in a case will be a police officer.”

Here in Pittsburgh, high-profile cases have put a citizen’s word against officers.

For instance, in January 2010, plainclothes officers jumped Jordan Miles, a black teenager, after determining that he was acting suspicious. They claimed they thought he had a gun. Miles was badly bruised in the confrontation, and police found no gun or evidence of a crime.

Pittsburgh City Paper in December reported that the same three officers had been involved in a nearly identical incident just days earlier, which resulted in a citizen complaint.

The officers had other potential red flags in their records, including instances involving alleged lying in police reports and alleged illegal searches.

This is the same type of information the Legal Aid Society includes in its database for New York officers, giving defense attorneys more muscle when questioning officers’ credibility. (Whether the evidence can be presented in court is a separate question.)

The idea is to create institutional knowledge from evidence disclosed in individual cases. Without a database, the information might be lost in file cabinets. Now it would establish a historical record.

The contents of the Legal Aid database have been harvested from a variety of sources, including documents known as Brady letters that are submitted by prosecutors before trial as part of their obligation to disclose exculpatory material to the defense. Prosecutors usually submit Brady letters at the “eleventh hour,” said Conti-Cook, meaning right before trial is set to start, and often defense attorneys put them in their file, maybe use them once during the proceedings, and then never think about them again.