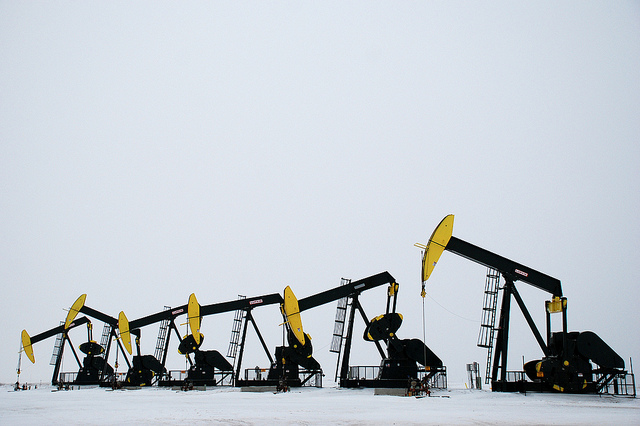 Bakken crude is chock-full of volatile gases, including propane, butane and ethane, much more so than heavier crudes, like that of Canada’s Alberta Tar Sands. These gases are, in part, the reason train crashes involving Bakken crude in recent years have caused big explosions, including the devastating fires that killed 47 people when a train derailed in Lac-Mégantic, Quebec, in 2013.

New York Attorney General Eric Schneiderman has requested that energy companies use special equipment called stabilizers to remove the gases and that regulators impose a limit on the vapor pressure of the oil before it is allowed to move by rail, according to a petition he sent on Tuesday to the federal Pipeline and Hazardous Materials Safety Administration.

“In New York, trains carrying millions of gallons of crude oil routinely travel through our cities and towns without any limit on its flammability and explosiveness — which makes crude oil more likely to catch fire and explode in train accidents,” Schneiderman said in a statement. “The federal government needs to close this extremely dangerous loophole and ensure that residents of the communities in harm's way of oil trains receive the greatest possible protection.”

In Pennsylvania, dozens of crude oil trains move through the state each week to refineries in Philadelphia and other East Coast cities.

Currently, the federal hazardous materials safety standard that covers Bakken crude shipments is no more than 14.7 pounds per square inch (psi). Last year, North Dakota officials set their own pressure standard of no more than 13.7 psi, a level that would not affect about 80 percent of the crude being shipped. …According to the North Dakota Petroleum Council, the average Bakken crude has a psi of between 11.5 and 11.8 psi.

The North Dakota standard is above the 9 to 9.3 psi in the Bakken crude that Canadian safety officials found after the Lac-Megantic crash, the article goes on. Schneiderman wants the new federal pressure limit to be 9 psi or less.

In a report after that tragedy, the Canadian Transportation Safety Board found the Bakken crude involved was as volatile as gasoline.The volatility, combined with "large quantities of spilled crude oil, the rapid rate of release, and the oil's ... low viscosity were likely the major contributors to the large post-derailment fireball and pool fire," the board found.

The oil industry seems to be against such a limit. A spokesman for the American Petroleum Institute told the Times-Union that vapor pressure is a “poor parameter for crude oil transport classification and solely using vapor pressure as a metric could lead to erroneous results."