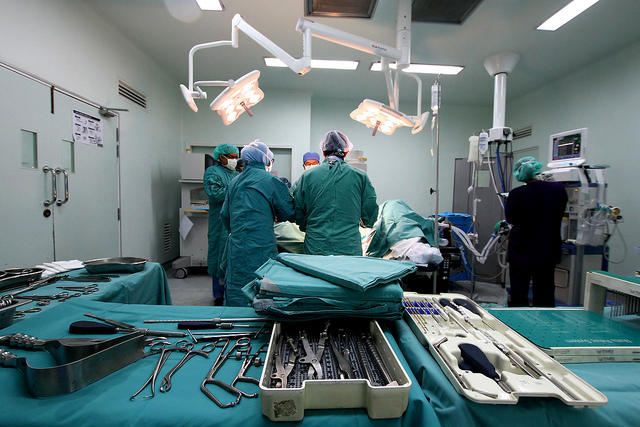 St. Clair Hospital in Mt. Lebanon has adopted a new tool in an effort to give its patients peace of mind by providing the costs of their medical procedures before they go through with it.

On Monday, St. Clair Hospital unveiled its improved online business office, which includes a calculator created by Experian Health that determines cost estimates based on patient eligibility and benefits, payer contracted rates and the facility’s chargemaster rates — a listing of billable items.

According to a press release from the hospital, St. Clair is the first hospital in the region to use such a tool.

Alan Yeasted, chief medical officer for St. Clair, said he expects the tool to be widely used because the hospital frequently gets calls about the costs of surgeries and other procedures.

“Many of these procedures are elective and, with the present trend toward increased consumerism in health care, patients choose whether to have it based on what the out-of-pocket costs may be,” Yeasted told PublicSource. “We’re trying to say to patients, first of all, we’ll give you high quality care, we’ll give you a reasonable cost and we’ll let you know what that cost is.”

Yeasted told the Pittsburgh Tribune-Review that the new tool was part of an effort to increase patient safety and quality scores from organizations such as the Centers for Medicare and Medicaid Services and The Leapfrog Group.

According to the Medicare hospital compare program, St. Clair has 4 out of 5 stars based on patient surveys. Although the cost for heart attack and heart failure patients is comparable to the national average, the payment for pneumonia patients, an average of about $15,000, is greater than the national average of $14,000.

“There are many institutions in the United States — and in Pittsburgh — that have high quality. But we wanted to be able to do that at a very reasonable cost and to show people what it's going to cost to come here and what their actual out-of-pocket cost is going to be,” Yeasted said.

Currently, the calculator is available for more than 100 surgeries, ranging in severity. In the future, hospital officials indicated their hopes to add the cost for physician specialists as well.

According to the Experian website, the calculator has worked successfully in 13 locations around the country — including Texas, Illinois, Ohio and Kentucky — to help both the hospital, clinic or center and the patient.

At the Advocate Illinois Masonic Medical Center, the system was implemented to better equip personnel to educate patients, according to an Experian case study.

“We tracked collections quarterly and saw an immediate increase in cash flow,” Michael Sciarabba, director of access services, told Experian. “Our front end staff was more educated on the organization’s financial policies and more comfortable discussing with patients, so they set the proper expectations.”

The hospital revealed the tool as annual deductibles are increasing and out-of-pocket-prices continue to gain importance nationwide. According to a Kaiser Family Foundation report, deductibles have risen from $826 in 2009 to $1,217 in 2014.

“High deductible plans are attractive to employers because they get to bear less of the insurance cost. Many economists also like the plans, because they’re supposed to make people spend more wisely on their health care. The big question is whether employees are prepared to handle potentially big medical bills before they hit their deductible.”