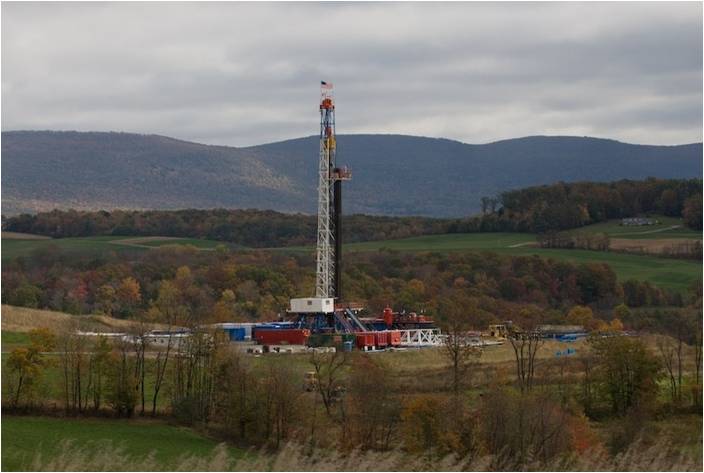 A study released this week is the first of its kind to draw an epidemiological association between unconventional natural gas development (UNGD) in the Marcellus Shale region and complications of asthma.

The study ranked asthma attacks as mild, moderate and severe based on the type of services patients received, ranging from a simple steroid order over the phone to extended hospitalization.

“All four of the phases were associated with an increased risk of all three” types of asthma attacks, said the study’s corresponding author Dr. Brian Schwartz.

Asthma is a chronic disease that affects airways in the lungs, which become inflamed during attacks, making it hard to breathe. Symptoms include coughing, shortness of breath, wheezing and tightness in the chest. According to the Centers for Disease Control and Prevention’s (CDC) most recent data, 24 million people had asthma in 2014 and 3,651 people died of asthma attacks that year. It is a disease that costs the United States $56 billion a year.

The most recent CDC data for Pennsylvania is from 2008. At that time, an estimated 892,650 adults and 267,668 children in the state had asthma — both slightly higher than the national rate of prevalence then.

Because the Pennsylvania Department of Environmental Protection requires companies to submit documentation at various stages of well development, including well pad preparations, drilling and hydraulic fracturing, the authors were able to compare that data with electronic health record data from the Geisinger Clinic from 37 counties in Central and Eastern Pennsylvania.

Schwartz explained in an audio interview that “some of the most active UNGD in the state are among the counties that the Geinsinger Clinic serves." The large population served by the Geisinger Clinic provided researchers with an overview of the general population.

“There are a lot of ways that UNGD can impact communities. Through light and noise and vibration and truck traffic and air quality impacts and air pollution, and many of these can contribute to stress of the people living in these areas,” said Schwartz.

But all of those impacts operate on different scales and understanding all of the nuances was virtually impossible within the scope of the study.

“So we hypothesized that air pollution and stress are what we think are the two most likely pathways, but from this study we’re not able to say what the pathway is for this association,” Rasmussen said.

Despite not being able to find a cause and effect relationship, researchers see this newest association between UNGD and human health as another step forward.

“I think that there is a growing body of evidence that shows that unconventional natural gas development is associated with negative health impacts,” Rasmussen said.

She said she hopes regulators will consider this study when making decisions about UNGD and health.

“We have to be careful about requiring detailed health outcomes in each region, or else I think the public health will suffer a lot before we do anything about it,” he said.