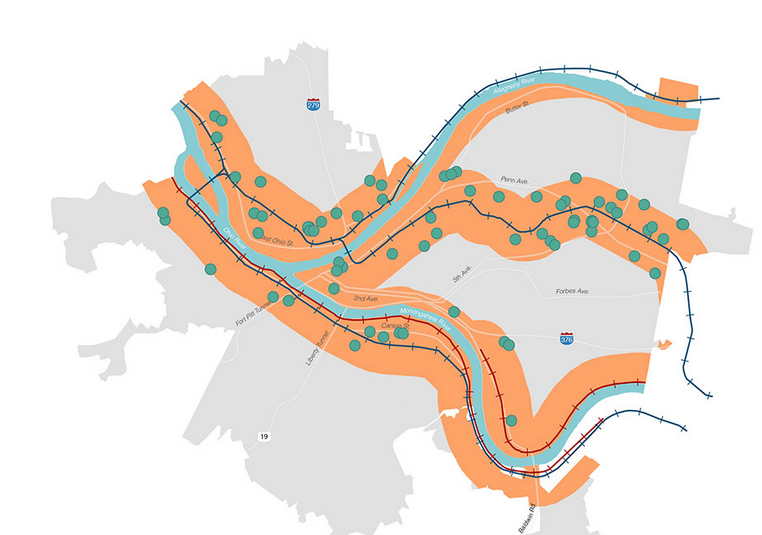 How we built the Pittsburgh crude oil map

This map shows the number of people in Pittsburgh who live within a half-mile of rail lines that can carry crude oil and K-12 schools within that area.

Crude oil routing information is not publicly available in Pennsylvania. Norfolk Southern and CSX are the two railroads that move crude oil through state, so we’ve only mapped those rail lines. We were assured by a Pittsburgh emergency response official that crude oil could travel on these tracks.

It is important to note that while our calculations are accurate, they are conservative. We decided to use a half-mile perimeter around railroad tracks because this is the distance Pittsburgh’s Office of Emergency Management and Homeland Security told us was the “danger zone” they would evacuate if a train carrying crude oil derails and is involved in a fire.

Safety and environmental groups have created maps similar to ours that have used the wider perimeter of one mile. See examples here and here. The one mile perimeter is based on Guide 115 of the DOT guidebook, which suggests a one mile perimeter if a train carrying flammable gases is involved in a fire.