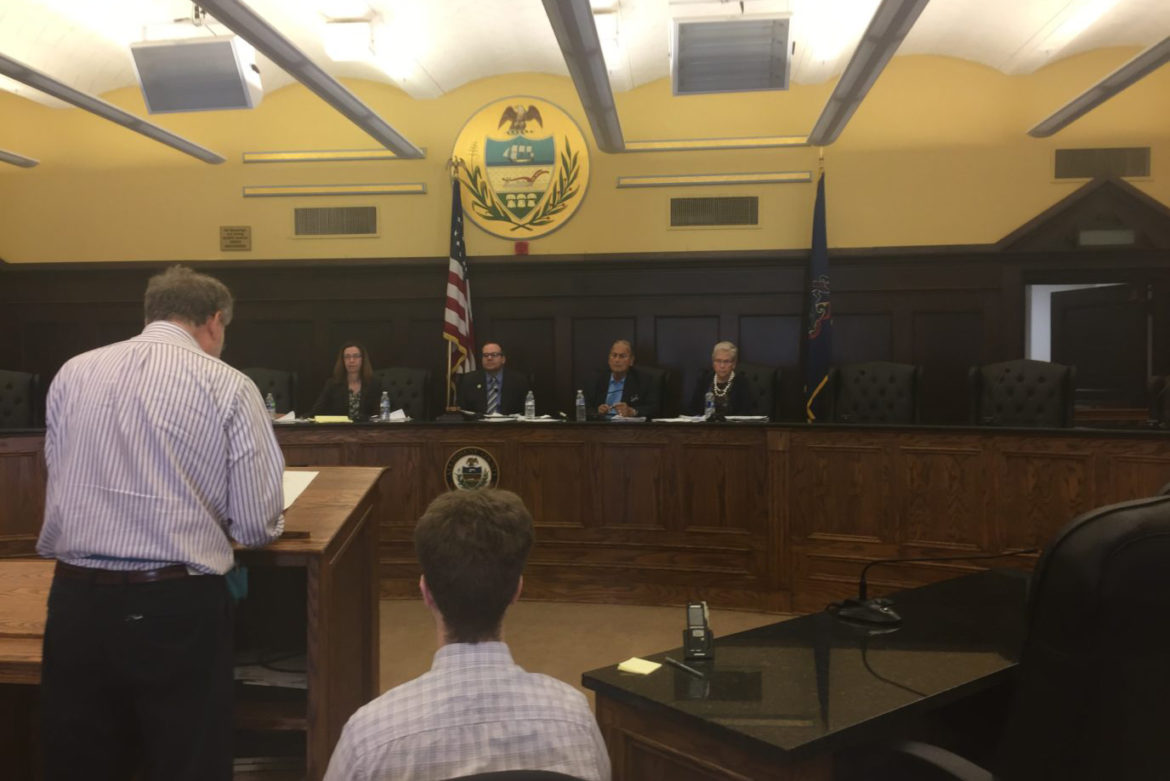 Members of the Allegheny County interim Board of Elections asked a search committee on Friday to further evaluate voting systems so they have more than one option to consider for the multimillion-dollar purchase to be made ahead of the 2020 elections.

Out of an initial field of four companies offering nine configurations of voting equipment, two systems appear to have risen to the top of the list for the three-member interim Board of Elections [BOE] to consider voting on: One system from Hart InterCivic and one system from Election Systems & Software [ES&S]. Both systems offer voters hand-marked paper ballots with the option of using a Ballot Marking Device [BMD] if they can’t mark paper. A BMD is a device that allows voters to select their choices on a touchscreen, review their choices on a printed receipt that contains a barcode and scan the barcode to count their vote.

But those two options come with serious concerns that the interim BOE must weigh, namely that there are questions about the reputation of ES&S and whether Hart InterCivic’s system has the capacity to handle Allegheny County’s large elections. The county is broken up into 130 municipalities and 43 school districts which means an election system has to be able to support up to 10,000 candidates, 7,000 contests and 4,000 ballot styles, according to county officials.

“I think it is concerning that it's really just the one that seems plausible to function at the level, at the breadth we need it to,” said interim BOE member Tom Baker, a Republican member of Allegheny County Council. “I think that it is concerning that we might have to go with ES&S just by our legal obligation.”

In February, Pennsylvania Auditor General Eugene DePasquale reported that officials in 18 counties had received money or gifts from ES&S or another company, Dominion Voting. Allegheny County officials on the search committee told the auditor general they did not receive or accept money or gifts from any voting equipment companies.

The two systems currently under consideration use hand-marked paper ballots that voters then scan using an optical scanner to have their votes counted. The search committee dinged the ES&S system for relying on Windows 7 software, which was released in 2009 and Microsoft has said it will end support for in January 2020. The Hart InterCivic system, according to the committee, cannot handle the size of the county’s elections. The interim BOE, though, may have a solution for the latter problem.

Following a motion from board member Kathryn Hens-Greco, the interim BOE voted on Friday to have the voting machine search committee test Hart InterCivic’s paper-based system — as well as other systems the search committee considered — to see if it could handle high voter turnout as well as a complicated election. Hens-Greco, who is also a county judge, said she’d like to see the equipment tested using the frameworks of the 2016 general election — a high voter turnout election — as well as the 2017 primary election — an election with a complicated ballot.

“I think that stresses the software in two different ways that I would like to know whether the machine we are selecting can manage that,” Hens-Greco said while making her motion.

The voting machine search committee will now explore how to conduct those tests, which could push back the date the interim BOE votes on a new system, Baker said Friday. The interim BOE was originally set to meet again on Sept. 9, but members said Friday that they’ll likely postpone that meeting. County officials said Friday they’d like to have a signed contract with a vendor by October, so they can order the equipment and have enough time to train election workers before the 2020 primary election in May.

Officials and members of the public expressed concern on Friday that the ES&S hand-marked paper ballot system was the only one that met the county’s specifications for capacity.

Ron Bandes, the president of VoteAllegheny and a retired network security analyst, pointed out that the county’s Request for Proposals didn’t include the specifications for capacity that the search committee cited in its report.

In a statement, the county's head of purchasing, Frank Alessio, said the specifications weren't included in the RFP because the county wanted to encourage competition and didn't want companies to not bid because they didn't meet stringent requirements.

"This process was chosen so that no vendor was discouraged from participating," Alessio wrote. "The specifications the committee set forth clearly allowed for competition. Its role was to cast a wide net, analyze, and then report to the Board of Elections."

Hens-Greco said she was unaware of the specifications prior to seeing the search committee’s report.

“I didn't know about the ballot styles, candidate positions and contests in their particularity. I knew about capacity issues...but I didn't really know what that meant until I got the report and then I went, 'Oh, I see.'”

To Hens-Greco and Baker, it’s disappointing the county has fewer options than they originally thought.

“When I saw the report, it came out like last Tuesday, I was surprised, too. I thought we'd have a couple options that were viable that we would be able to pick from,” Baker said. “I don't really know why we weren't alerted ahead of time but we found out when you found out.”

Bandes pointed out that the number of contests, candidates and ballot styles the voting equipment is certified for are “not necessarily the actual limits of these systems,” but are rather what the state certified them to perform at. A company may ask the state to certify a system to handle elections with up to 5,000 candidates, even though that system can handle more. Those certifications can be amended if the company asks the state to do so.

“I think the tests are real important,” Bandes said. “I think it's jumping the gun to say we can only now look at ES&S.”