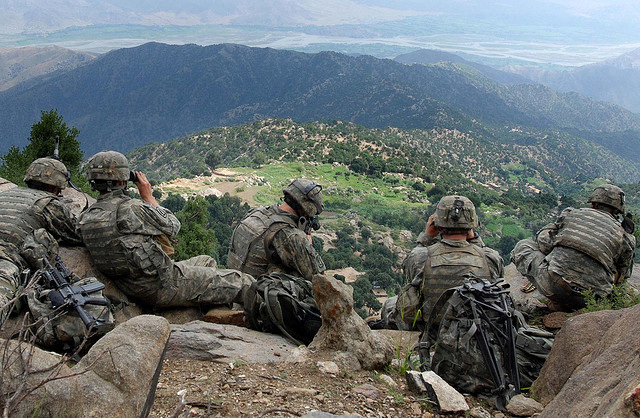 Three generals tried and failed to halt the construction of a massive headquarters in Afghanistan that wasn’t needed, and the project now sits, barely used, as a $25 million mistake, according to ProPublica.

The headquarters, dubbed “64K,” was a state-of-the-art 64,000-square-foot facility with a large auditorium, millions of dollars of audio-visual equipment and $2 million worth of furniture that was expedited to Afghanistan at a cost of more than $100,000.

In the process, the story of “64K” reveals a larger truth: Once wartime spending gets rolling there’s almost no stopping it. In Afghanistan, the reconstruction effort alone has cost $109 billion, with questionable results.

The facility was intended for the temporary surge of troops coming to the country in 2010. But the timing for building the facility was all wrong. Construction wouldn’t be done until after the troops were scheduled to leave.

The 64K building was a part of 2010’s massive, $482-million build-up for the surge. Although [President Barack] Obama had made clear the flood had an end date—troops would start to withdraw in July of 2011—the military was prepping to build way past that timeframe.

The reason why the three generals who wanted to stop 64K were overruled was because Congress had already approved money for its construction.

To kill the facility now and divert the funds elsewhere, the military would have to consult Congress, a bureaucratic process called “reprogramming.” And no one seemed to want that.

The facility was finished in April 2013 and, within a few months, it caught the eye of the Special Inspector General for Afghanistan Reconstruction, the financial overseer for U.S. operations in Afghanistan.

This triggered the Army’s own investigation by Army Maj. Gen. James Richardson, who concluded that no one was at fault for building 64K, according to the story.

An email exchange from Richardson’s investigation starkly displayed the pervasive military culture of nonchalance towards costs. Although “as a taxpayer [I’m] not happy with waste,” Navy Cmdr. Timothy Wallace wrote Richardson, given how much the military has spent on construction in the uncertain environment of Afghanistan, “if $30 million is the worst of it, that’s probably not bad in the grand scheme of things.”