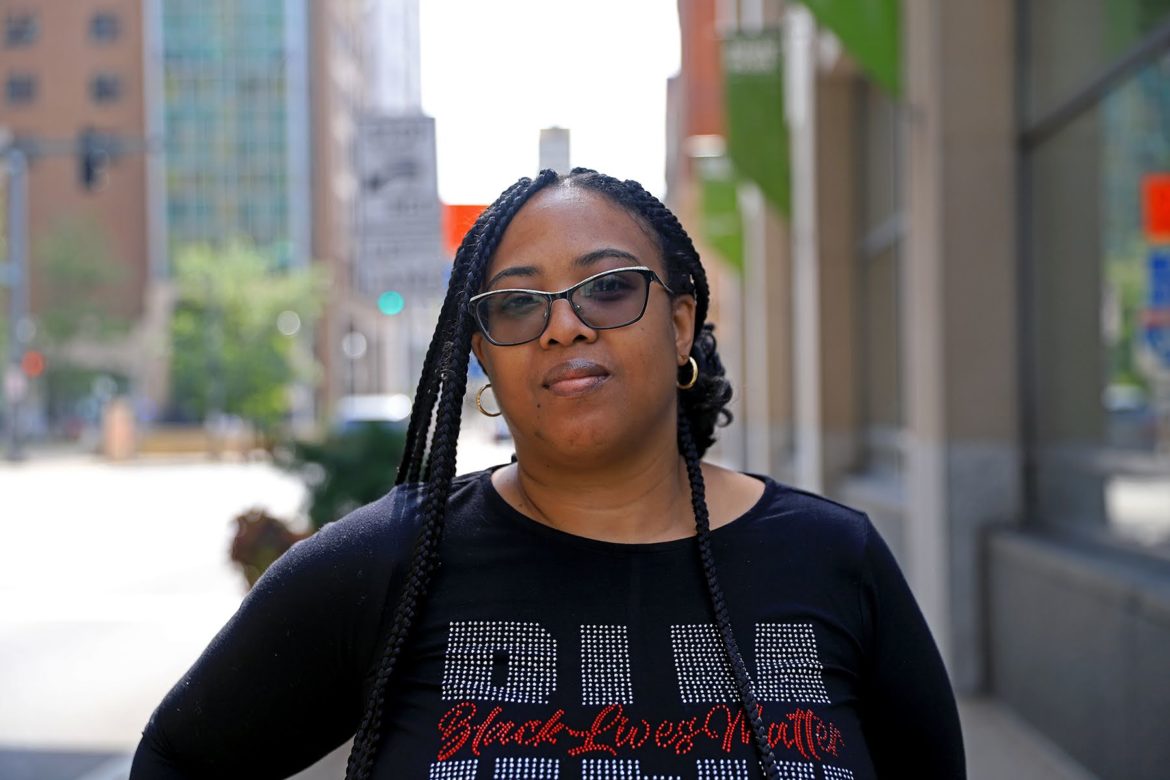 Kimberly Champion at Point Park University where she is a doctoral student studying psychology. (Photo by Jay Manning/PublicSource)

Repetitive thoughts about the high-profile deaths of George Floyd or Ahmaud Arbery. Reliving the recent news that no one truly has to answer for the death of Breonna Taylor. And hypervigilance due to the possibility of experiencing racist violence at protests or in predominantly white spaces. These are all symptoms of a person grappling with racial trauma.

Having endured her own trauma (both health related and racial), Point Park University doctoral student Kimberly Champion explained that studying psychology and later examining complex trauma helped her better understand herself and how she related to the world.

Although conversations about racial trauma have become more mainstream in recent years, its full understanding is an ongoing process that even trained counselors are not fully up to speed on in some cases.

Racial trauma is a form of race-based stress that refers to reactions to real or perceived experiences of racial discrimination. The difference between racial trauma and post-traumatic stress disorder [PTSD], psychologists say, is that PTSD typically refers to past events. Due to the prevalence of racism, racial trauma refers to ongoing experiences. Experiences include threats of harm and injury, humiliating and shameful events and witnessing discrimination. 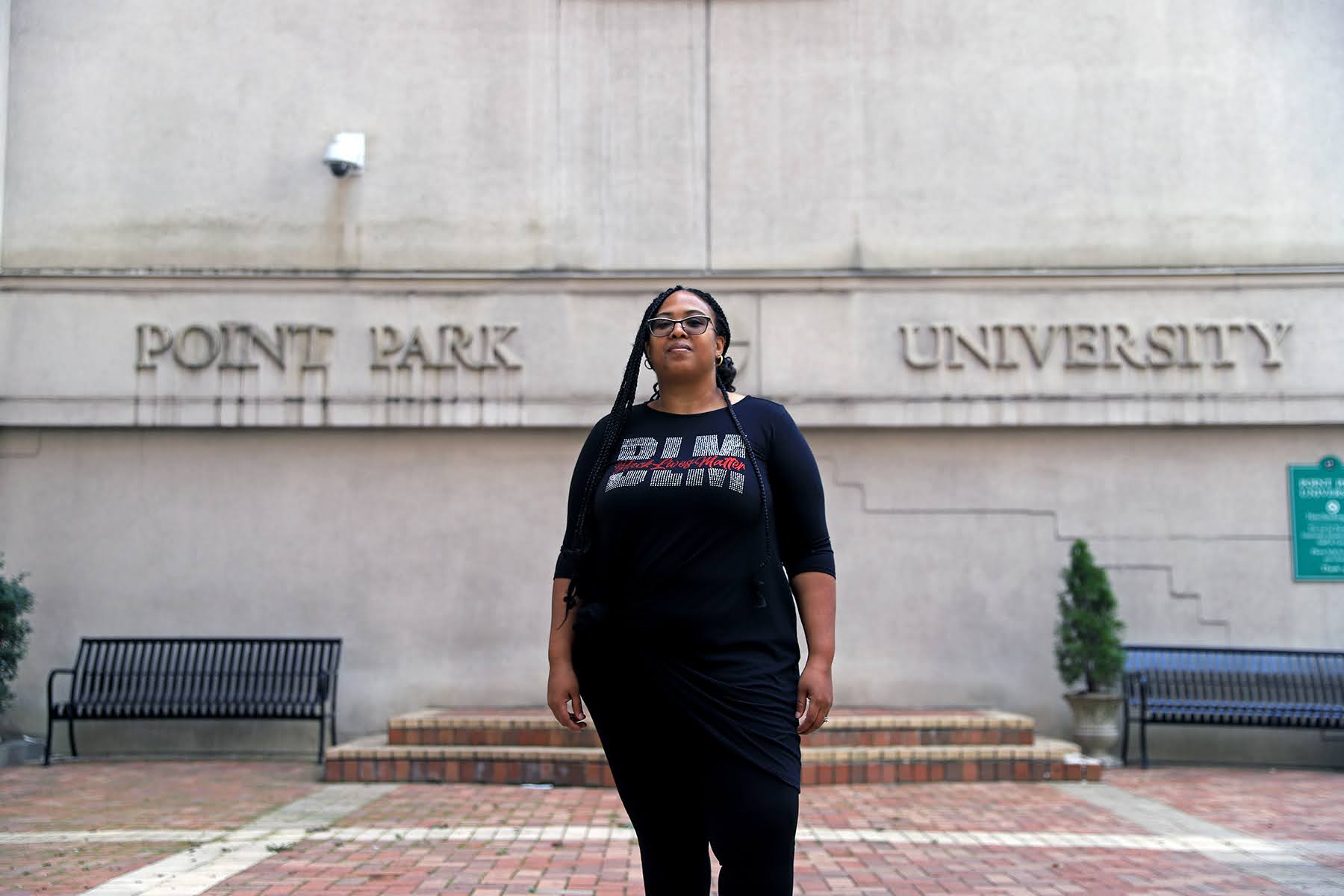 “It gives us reasons for hypervigilance...it gives us reasons for avoidance. Many African-Americans avoid authority figures as a result of the trauma they have experienced,” said Kimberly Champion, a Point Park University doctoral student studying psychology. (Photo by Jay Manning/PublicSource)

While Black and brown people experience similar rates of mental illness as their white counterparts, across the board they suffer from disparities with regard to treatment. After a summer marked by protests against police violence and calls from citizens for the country to reckon with the impacts of systemic racism, PublicSource looked to examine how some Pittsburghers feel about the care available for people struggling with racial trauma.

After speaking with seven people active in the field of mental health at different stages of their careers, the consensus was that many programs offered a shallow approach to cultural competency; some practitioners underestimated just how much work interrogating their own blind spots required; and there is a serious concern that ignorance about the prevalence of racism positions many counselors to do more harm than good.

As of 2018, the American Psychological Association reported that 84% of working psychologists in the United States were white; 6% Hispanic; 4% Black; 4% Asian-American; and 2 % identifying as other.

What lack of representation means

For most of her life, Liana Maneese says she has sought out therapy. However, it wasn’t until she purposefully sought out a Black therapist after becoming a therapist herself that she realized a lot of damage had been done to her by counselors who didn’t understand her racial identity as an Afro-Brazilian.

“I had a string of white women who I think did quite a lot of damage and I don’t think I realized until I became a therapist that that’s what happened to me,” Maneese recalled. “They’re not informed and because they’re not informed, a lot of times there’s a different kind of transaction that happens in the room and it will often feel as though we’re paying somebody else to teach them about us.” 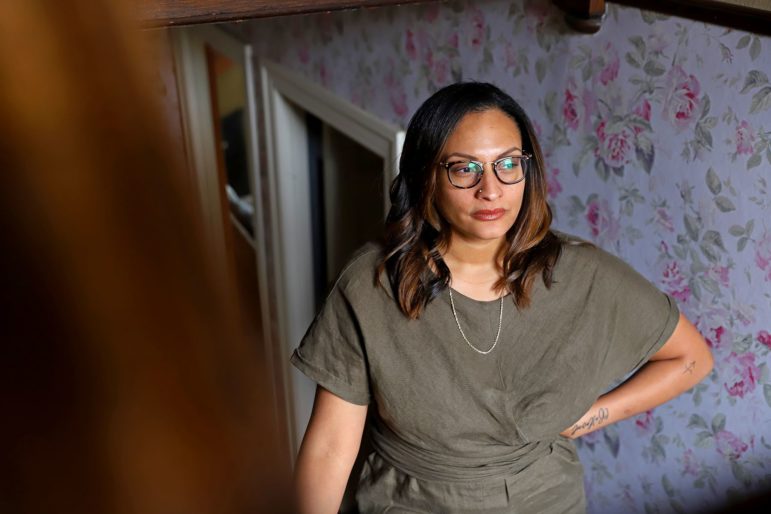 These experiences were a part of what led her to becoming a therapist herself; unfortunately, she found her experiences in academia to be similarly disappointing.

“Even though I went to a school that said they were a social justice-focused school, I read not one book by a person of color in the entire three years of my education,” Maneese said. “Sometimes we’d have a teacher who maybe actually got it and would throw in interesting things here and there, but as a whole I was treated terribly. It was a very racist experience for me to go to school to become a therapist.”

Maneese added that when textbooks did mention different races and cultures, they relied on broad generalizations or stereotypes. She said she believes that while her negative experiences may not be the case for everyone, she believes most programs fail to adequately train future therapists to take a culturally competent approach.

“There’s no representation of anybody else in this learning and when there is, it’s these gross generalizations that don’t allow for nuance,” she explained. “So no, I don’t think it’s gonna change. I think we’re naive in many ways because we think we can just keep going into these systems that are so horrifying and just change them but we’ve been trying to do that forever.”

Diverse approaches and the consequences of ignorance

As a child whose mother struggled with addiction, Jessica Gurely, a Black woman, recalled that social workers had a positive impact on her life — so much so that she opted to join the profession herself. However, she was disheartened at the beginning of her career over the ignorance some of her colleagues displayed on matters of race. Sometimes this meant their failure to grasp the impact police brutality had on communities. Other times it meant refusal to venture to certain areas within the city.

Gurely explained that she does believe most practitioners are equipped to deal with racial trauma; however, an unintended consequence of those who aren’t is that a bad therapeutic experience can turn people off to therapy.

“It was disheartening to be a social worker and meet other social workers who would say, ‘I’m not going to Homewood’ or ‘I will never go to Wilkinsburg’ or ‘You know, I would never go to the projects.'”

“Someone seeks help and the person’s not helpful, a lot of those people will never seek therapy again and that’s the sad part about it,” Gurely said. “They will go their whole lives saying I tried therapy and it didn’t work.”

So should Black people only go to Black therapists? Gurely said that might not be a one-size-fits-all solution either.

“Just as diverse as people are, so are therapists. I don’t think people should have this cookie-cutter therapist type world,” Gurely said. “It should be diverse because people are diverse. Just because someone might have the same background, religion or race doesn’t mean that person will end up being your therapist.”

When thinking of what could be improved, Gurely suggested that additional training on racism and implicit bias be required in the same way training on how to handle reports of abuse is mandatory.

Kristi Hruska, a white woman and a clinical supervisor of fellow outpatient therapists, is inclined to agree. While she believes the classes taken as she pursued her master’s degree in counseling were a good start, ultimately she felt they were too broad. She said she has done much of her anti-racism work on her own.

“Unfortunately, it’s hard work to do,” Hruska said, describing her membership in an anti-racist group that meets weekly to reflect on current events as well as a book club focused on anti-racist literature. “Like there weren’t any other classes on racial trauma or diversity other than I think there may have been a special elective at one point. ... I would love to see tracks or certifications in that.”

Although Hruska recalled that her professors stressed that colorblindness wasn’t the goal and that people do have different experiences, she said she felt this might be too broad of an approach and described it as “diversity 101.”

“For us, racism is a daily experience. ...There’s racial disparities and, on some level, we might not recognize the way that these experiences impact us, so a lot of times professionals don’t recognize it either.”

An added barrier, Hruska said, was that counselors were required to do continuing education credits to keep their licenses but the counselors choose the areas of training and, due to cost and travel, sometimes training on important issues like implicit bias would be inaccessible, or inconvenient, to people who’d want to take them.

“They don’t give you training opportunities in your work,” Hruska explained. “So there's a double-edged sword where there’s a lot of us who want to be continuing these education credits in whatever topic but a lot of time we just have to pick the ones that are most accessible, which is really frustrating.”

To get the most out of therapy, Maneese stressed that individuals can and should interview prospective therapists to gauge their understanding of social justice and anti-racism similar to the way a patient could seek a second opinion from a physician.

For counselors, Champion advised that the best way to take a culturally sensitive approach was to constantly evaluate oneself — the goal being that counselors are aware that their worldview and experiences may impact their clients. Furthermore, she suggested that people seeking to understand racial trauma educate themselves about racial disparities.

“For us, racism is a daily experience,” Champion said. “...There’s racial disparities and, on some level, we might not recognize the way that these experiences impact us, so a lot of times professionals don’t recognize it either.”

Update (10/9/2020): A previous version of this story referred to Kimberly Champion by her maiden name.