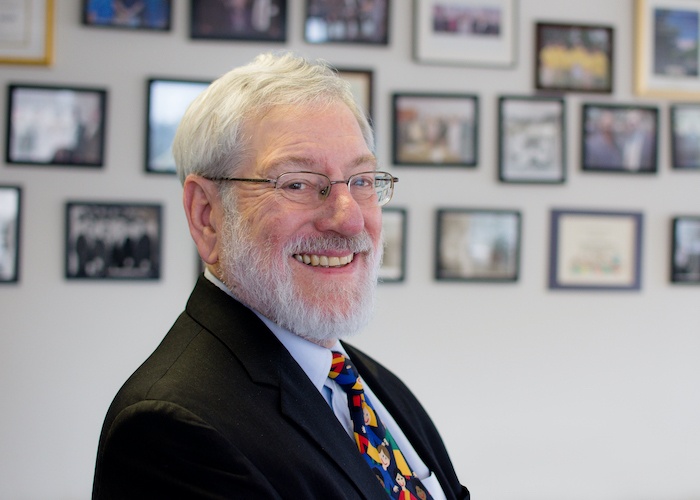 Marc Cherna says he’s ready to retire after 25 years as head of Allegheny County’s Department of Human Services, but he’ll still worry about those who are struggling to make ends meet.

It’s a department that he created at the request of former county commissioners shortly after he arrived, by combining child protective services, aging, drug and alcohol treatment and other safety net services into one entity. And it since has won several awards for Innovations in American Government, given by the Ash Center for Democratic Governance and Innovation at the Harvard Kennedy School.

“We serve over 200,000 people a year,” says Cherna. “That’s a whole lot of people for Allegheny County. It really crosses the spectrum from cradle to grave, and we serve folks in all different ways. Most people we serve have multiple problems, so putting them together you can treat them holistically. … To help them get access, to empower them, to help them get self-sufficiency — that’s the key.”

This week, Cherna notified County Executive Rich Fitzgerald that his last day on the job will be March 5, after he turns 70 and celebrates 25 years on the job. In a letter to colleagues, he wrote, “It has been an incredible run, but I’m at peace passing the baton to the next generation.”

When he came to Pittsburgh from New Jersey, the county’s child protective services unit was a national disgrace, he recalls, with unwieldy caseloads and failures to prevent child deaths.

“We’ve improved tremendously in child welfare over the years,” he says. Now, he’s most proud of the department’s Youth Support Partners and 412 Youth Zone, with 30 or 40 alums of the system who help other adolescents get through it as well.

“We’ve hired a lot of people with lived experience to help drive our service delivery and that has made a huge impact in changing the culture and paradigm in how we do business,” he says. “Our Youth Support Partners, for example, have so much more credibility in helping these kids. The outcomes are not good in foster care or homelessness, and this really does change that whole economic driver. They are so good in terms of providing services, so effective.” 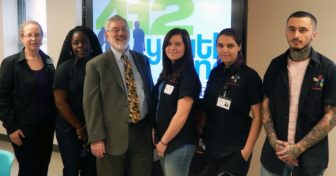 Cherna, a father of three and grandfather of seven who lives in Shadyside, says he decided to retire after reflecting at home during the pandemic and following recent knee surgery. A few years ago, he also had a hip replaced.

“I have mixed emotions,” says Fitzgerald of his leaving. “While I am delighted for Marc and his plans for his retirement and some well-deserved rest, his loss at the county will be substantial.”

Deputy Director Erin Dalton has taken charge of the department during Cherna’s medical absences. It’s not clear how quickly Fitzgerald will announce his successor.

“It’s hard to believe that 25 years have passed,” Cherna says. “I had tremendous support, a terrific staff. We’ve developed that, with people who are really dedicated to their work, to the mission and the values. … You know, hindsight’s always great, 20/20. You do the best you can. We pushed the envelope a lot, taking risks, and there’s still so much more to be done, helping people in this society. We document as we go and try to learn from experience.”

He plans to consult part-time, both locally and nationally, once he leaves government. The restrictions caused by COVID-19 have made the job more difficult, he says, and he’s especially worried about what the economic fallout will do to families. More than 10 percent of Allegheny County residents lived below poverty level before the pandemic hit, according to the U.S. Census Bureau.

“Poverty is increasing — the gap between the rich and poor has grown,” Cherna says. “People don’t have the income and resources to meet their basic needs.”

But Pittsburgh is a place where the private sector is quick to join with the government to solve socio-economic problems, he notes. Many public-private partnerships grew out of the Department of Human Services’ work, to help families get coordinated services.

“The Chamber of Commerce did a lot of pro bono work for us, and foundations put together the Human Service Integration Fund, still in place 24 years later,” and spending between $500,000 to $1 million a year to fund things that the government can’t afford, he says. The chamber also designed the concept for the county’s data warehouse, which cost $2.5 million in 1999.

“We really have tried to move upstream, to deal with prevention, to help people before they have to penetrate the system,” Cherna says. “It’s always a challenge because it’s hard to get funding for that. That’s one of the legacies I’m most proud of — like our Family Support Centers, in 28 communities, where you can just walk in and get help.”

Under Cherna’s leadership, funding for human services tripled, with new funding streams lessening what the county contributes. His focus on service delivery made payments to vendors more efficient, and the collaborative approach with partners such as businesses, universities, community organizations and foundations made service delivery more effective, according to Fitzgerald.

“Other communities want to learn from us and model their own operations after his successes,” says Fitzgerald. “Marc’s stewardship of this department has resulted in millions of dollars in grants coming to this community.”

Cherna plans to stay in Pittsburgh, where one of his children also lives.

“This is my home,” he says. “The first thing is to get through this [pandemic]. Such a strange environment, working remotely. My youngest grandchild is two weeks old and I can’t see her until I get the vaccine.”