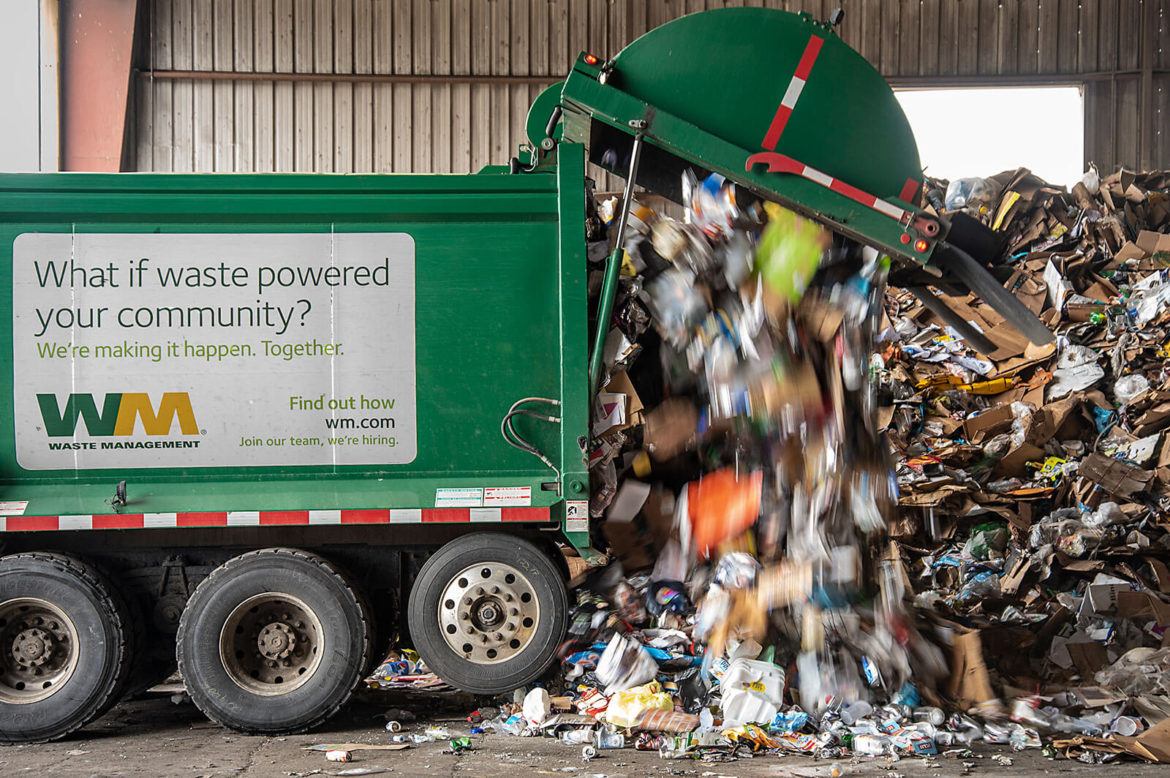 A truck from Waste Management dumps a load of recyclables – cardboard, plastics, paper, cans and shattered glass — on the tipping floor of Waste Management’s Materials Recovery Facility at Neville Island. The company serves the Pittsburgh suburbs. (Photo by Teake Zuidema/PublicSource)

Pittsburgh has its own floating garbage patch. Behind a mooring cell for coal barges, some 400 feet upstream from the Hot Metal Bridge, a soaked mass of debris hugs the northern bank of the Monongahela River.

The patch is one destination for plastics in the Pittsburgh region. Other plastics are bound for recycling plants, where in many cases they’re shipped to landfills because they are either too dirty or are one of many types of plastics not recycled locally. While environmentally minded consumers may view recycling as a green solution, many plastics are actually thrown out as waste. 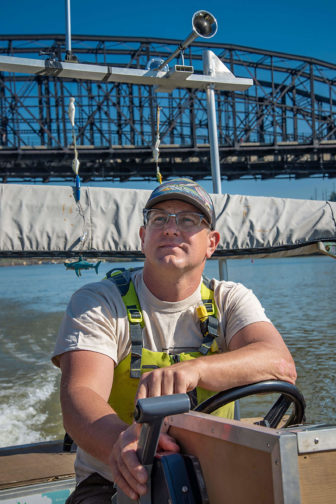 On the Monongahela, Evan Clark steers his pontoon boat straight into the debris patch. After making a full stop, he hands out nets and trash pickers to the five volunteers on the boat, dubbed the Rachel Carson.

“Get as much as you can out of the water and put it in the barrels,” Clark said, pointing at the garbage bins on deck. “Don’t lean over too far, I don’t want you to be the first volunteer to go overboard on one of my trips.”

Clark, a boat captain with the nonprofit Allegheny CleanWays, has been to the patch hundreds of times with volunteers. Their goal is to clean up the mess behind the mooring cell. But every day, a fresh load of plastics and other debris gets snagged.

“It never stops,” he said. “As long as people buy these products, they’ll end up in our rivers.”

If a plastic bottle doesn’t get stuck on the way, Clark said he believes it might travel all the way to the Mississippi River and into the Gulf of Mexico.

Over a period of many decades, the debris breaks down into microplastics, often coated with harmful chemicals that are small enough to be ingested by animals and reach humans after traveling through the food chain.

Most people would probably agree that plastics should not be thrown into the Monongahela.

But even recycling is less of an environmentally friendly solution than people might expect. Often items end up in landfills, and the recycling industry is currently grappling with a major shock to its business model.

In January 2018, China curbed imports on plastic waste from the United States and other countries to cut down on local pollution. The shift has changed global patterns in recycling, raising questions of what happens to plastics locally and what can be done to better keep them from harming the environment.

“One of the first steps is that we have to remove all the plastic bags, including the blue recycling bags, from the stream.” 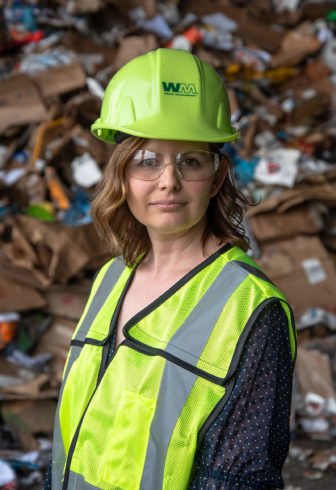 Bags that escape this first step can get stuck in the facilities conveyor belts. Deyarmin-Young said it’s costly to stop the sorting process to manually remove the bags.

Those that are removed are sent to a landfill owned by Waste Management in Monroeville and Washington County. Plastics classified as Nos. 3 to 7 are also sent to the landfill.

There’s no market for these plastics after China stopped importing them in January 2018.

Since January 2018, China has only allowed imports of bales of the easiest to recycle plastics, but only if contamination from waste or other plastics isn’t more than half a percent. For American companies that operate with single-stream recycling achieving that purity can be extremely difficult.

Deyarmin-Young said Waste Management sells No. 1 and 2 plastics domestically. But all plastics that are not jugs, jars or bottles go to a landfill.

If the bottles, jars and jugs are contaminated or not properly cleaned, they most likely also end up in a landfill, Deyarmin-Young said.

Related: Plastics in Pittsburgh: Recycling is getting more complicated.

According to contracts Waste Management signed with 20 communities in the South Hills, starting January 2019, residents were advised to no longer put so-called mixed plastics in their recycling bins, but in their waste bins. The same is true for glass.

This year, Waste Management has begun ‘tagging’ during pickup in the South Hills. If an employee sees contamination – the wrong plastics, dirty recyclables, glass, garbage – they will leave a tag behind explaining what shouldn’t be in the recycle bin.

“This year, we will still take the material,” Deyarmin-Young said. “But next year we will leave the material behind and have the resident clean up the items and then recycle it the next time around.”

In the City of Pittsburgh, plastics are processed at a similar facility owned by Recycle Resource in Hazelwood. Earlier this year, Pittsburgh residents were asked only to put plastic bottles, jars, tubs and jugs in the recycle bin, so long as they are no larger than 3 gallons.

All other plastics – including caps and lids – should be dropped in the garbage to be sent to a landfill.

A moment of truth

Since China is no longer accepting our plastics, recycling experts note that more plastic will end up in landfills, incinerators or as litter in the environment.

Not that China ever recycled the bulk of the plastics sent by other countries.

“They would sort through them again to get out the leftover 1s and 2s, and then they would use the rest to burn in cement kilns and other factories,” said Justin Stockdale, western regional director of the Pennsylvania Resources Council. 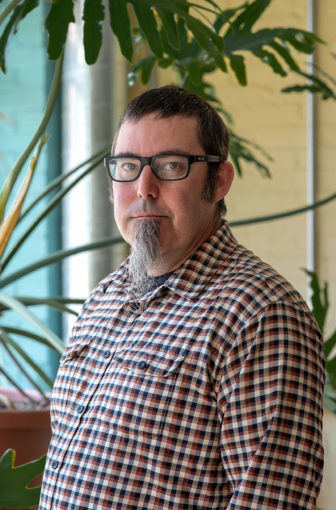 Stockdale views China’s about-face on accepting plastics as a ‘moment of truth’ for recycling.

He doesn’t think it will be hard to find domestic destinations for plastics No. 1 and 2. But what about all those other plastics bound for landfills and incinerators?

The ultimate goal of waste collection and recycling, Stockdale said, should be to provide services that people want and the planet needs instead of the current system that relies on corporations trying to make a profit.

In addition to curbside recycling, Stockdale said he believes that drop-off centers should be built to accept materials that are difficult to collect and manage: glass, chemicals, tires, computers and maybe No. 5 plastics, which include medicine bottles, straws and bottle caps.

The Pennsylvania Resources Council already organizes programs and events to collect some hard-to-recycle materials such as polystyrene, coded as plastic No. 6.

Stockdale said waste should be dealt with like a utility, just like water and electricity. The government could then, for instance, require polystyrene to be recycled.

And if waste is treated like a utility, that means the more waste a customer makes, the more they would pay.

Recycling as a Band-Aid

Wherever Patricia DeMarco goes, she carries a set of bamboo utensils and a reusable bag for her sandwiches. This way the biologist, author and a senior scholar of Chatham University avoids plastic utensils and containers.

DeMarco said she thinks dependence on fossil materials has put the world into an existential crisis. The culmination of this crisis is the proliferation of plastic products made from petroleum or gas liquids that are used for a few minutes and discarded to pollute the environment for hundreds of years. 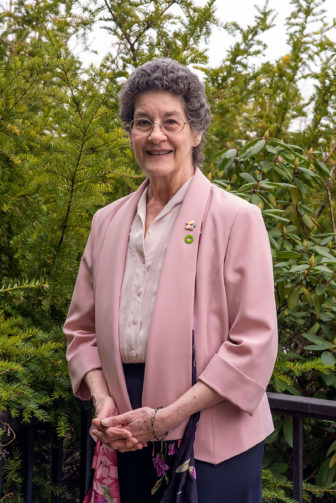 “First, we need to rethink the source of the plastic pollution problem, other than just say, ‘Oh if we only recycled more, we would be able to solve this,” DeMarco said.

She said the material used to make a product should fit the product’s use.

“Let’s use plastic where very durable material is needed, like in construction,” she said. “Things that last forever shouldn’t be used for a couple of seconds.”

In Pennsylvania, House Democratic lawmakers are currently pushing a “Zero Waste PA” package of bills with measures that range from increasing fines for littering, introducing a 5-cent beverage bottle and can deposit program and charging a 2-cent fee for non-reusable plastic bag.

DeMarco said she thinks a national law banning single-use plastics is needed, though she doesn’t see it as likely in the near future.

But recycling could be more effective, she said, if plastic producers would design their products so they would be easier to reuse.

DeMarco said the state should have asked for something back from Shell when it provided a tax break to build its ethane cracker, which will produce the feedstock for plastic: “We already have given Shell a lot of money to build it,” she said. “Surely it could be required of them that a portion of what they make should be reusable.”

As a member of the Forest Hills Borough Council, DeMarco has written an open letter to the Allegheny County Council arguing that the recent changes in recycling rules present an opportunity for all 139 communities in Allegheny County to work together on common solutions.

She called on Allegheny County to establish a task force to investigate the best ways to reduce waste and encourage reuse of materials. DeMarco wrote, among other things, that the Pittsburgh area has nine Green Chemistry Challenge winners who can help develop a material industry that doesn’t rely on fossil feedstocks.

But the solution does not rest on only a few; she said every person should take responsibility for the waste they produce.

“Don’t expect somebody else to clean up your mess,” she said. “Stop using single-use plastic.”