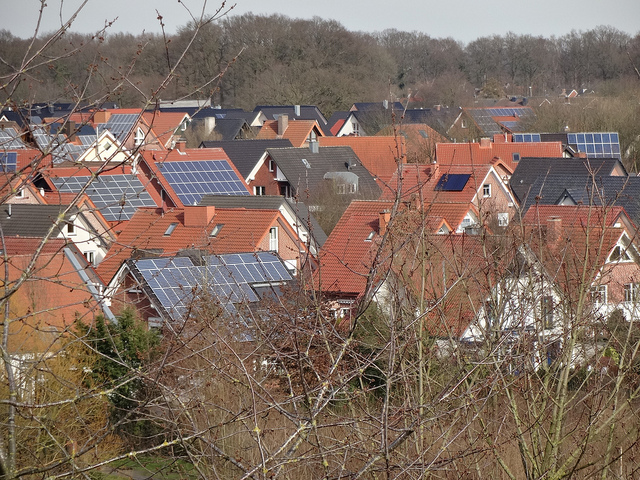 With the introduction of a new powerhouse energy company in the region, Pennsylvania residents will now have more options to use solar power in their homes.

SolarCity, a national solar energy company, announced in a release today that they would begin offering services to Western Pennsylvania residents as early as this summer. According to the release, customers will not pay any upfront costs for the installation of solar power and will pay monthly based on how much electricity is produced, which could be as low as $30.

The company also announced they have plans to open an operations center in Pittsburgh where they will hire more than 75 people for installation, sales and related positions.

SolarCity will focus primarily on Duquesne Light customers on a first-come, first-serve basis.

According to a Pittsburgh Post-Gazette article, only 300 of Duquesne Light’s 500,000 customers currently have rooftop solar power.

Local solar energy companies are concerned that SolarCity’s business and the benefits they provide the region will be eclipsed by the big name brand, according to the Post-Gazette article.

Joe Morinville, president of Energy Independent Solutions, a Robinson solar company, told the Post-Gazette, his company buys local products and employs local engineers, a practice he does not intend to stop. With SolarCity around though, he is worried he will feel “much the way local stores felt when Walmart moved in.”

The growth of solar energy across the country has led to concerns about the unknown consequences of so much energy placed on one grid. University of Pittsburgh engineering professor Tom McDermott is leading a research team to create a model of the grid that will demonstrate potential effects of overloading.

According to a University of Pittsburgh release, the initiative is part of a larger project to accurately model the “impact of solar on the grid.”

Nationwide, solar panels are contributing more and more power to the electrical grid. This can present a problem, putting the grid at risk when too much power enters the system, potentially overloading it or causing abnormal voltages. Electric utilities need better tools to monitor the impact of solar power—which is governed by many variables including cloud cover, wind speed, temperature, and a large number of small producers contributing to the system.

In the meantime, Sharon Pillar, president of the Solar Unified Network of Western Pennsylvania, told the Post-Gazette she was optimistic about the future of solar power in Pennsylvania and said the city has “not even tapped into the potential to do solar energy here.”