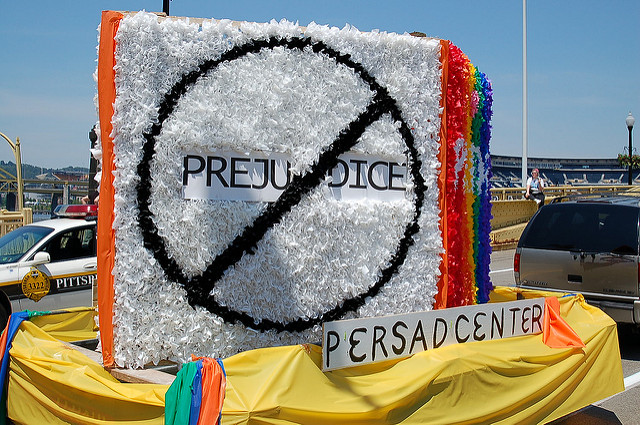 Two state representatives are using a “last resort” measure to move forward a bill that offers anti-discrimination protections for LGBT individuals in Pennsylvania.

The Pennsylvania Fairness Act — a bill that would add people’s sexual orientation and gender identity and expression to the state’s anti-discrimination law — has been stalled in committee for 10 months.

State Reps. Dan Frankel, D-Allegheny County, and Brian Sims, D-Philadelphia, filed a discharge petition on Thursday to move the bill along. According to the pair’s Thursday press release, this petition would allow a simple majority of the House to move the bill out of the State Government Committee.

"Marriage equality has been the law of the land in Pennsylvania since 2014 and nationwide since last year's Supreme Court decision,” Sims said in the statement. “There's majority support for equal marriage, and it's outrageous that people who finally have the right to marry can still lose their job or their apartment if they actually use that right.”

“We would prefer to see House Republican leaders convince the chairman to release the bill to a different committee that will give the bill a fair hearing and vote. A discharge petition is a last resort.”

Metcalfe told PennLive on Thursday that Frankel and Sims are “trying to mislead the public with the language of their bill” and added that the bill has gone untouched in the committee because he believes it will fail to attract support from the Republican majority in the state House.

The Pennsylvania Fairness Act proposes an amendment to the Pennsylvania Human Relations Act that was passed in 1955. Per the language of the bill, the new protections provided would include:

“Right to freedom from discrimination in employment, housing and public accommodation, for definitions, for unlawful discriminatory practices and for prohibition of certain real estate practices; providing for protection of religious exercise; and further providing for powers and duties of commission, for educational program and for construction and exclusiveness of remedy.”

Metcalfe also said he opposed a provision of the bill that would allow people to use the bathroom that matches their gender identity. He added the bill would lead to “a lot of women and girls to be victimized by men who claim they are women” and called it “very dangerous.”

A 2014 report by Media Matters, a nonprofit media watchdog organization, found that there was no evidence that non-discrimination laws led to any increase of sexual assault or harassment in public restrooms in the 12 states where such laws were in place.

In an op-ed published Tuesday in PennLive, Frankel boiled down Metcalfe’s actions by calling him “a well-known opponent of equality”.

Bathroom laws have become a hotly debated national issue in recent months, with the Justice Department and North Carolina exchanging lawsuits over the legality of the state’s bathroom law, which barred transgender individuals from using the facility that corresponds with their gender identity.

The Obama administration responded to “bathroom bills” by sending a letter to public school districts, strongly suggesting that schools allow transgender students to use the bathroom they prefer or potentially face funding ramifications.

Metcalfe and 96 other Pennsylvania state lawmakers sent a letter to the Obama administration in response, arguing that the letter was an “unconstitutional intrusion by the federal government.”

There are also no state laws in Pennsylvania providing protections for LGBT individuals involved in hate crimes. Two bills (House Bill 177 and Senate Bill 42) aimed at restructuring the state’s hate crime laws stalled in committee and failed to make it to the governor’s desk.

The Pennsylvania Fairness Act does not contain any language pertaining to protections for victims of hate crimes.

Gov. Tom Wolf signed two executive orders in April that granted anti-discrimination protections for LGBT state employees. “I call on the General Assembly to swiftly put legislation on my desk that ensures that people throughout the commonwealth — regardless of sexual orientation, gender expression or identity — are treated equally under Pennsylvania law,” Wolf said at the time.