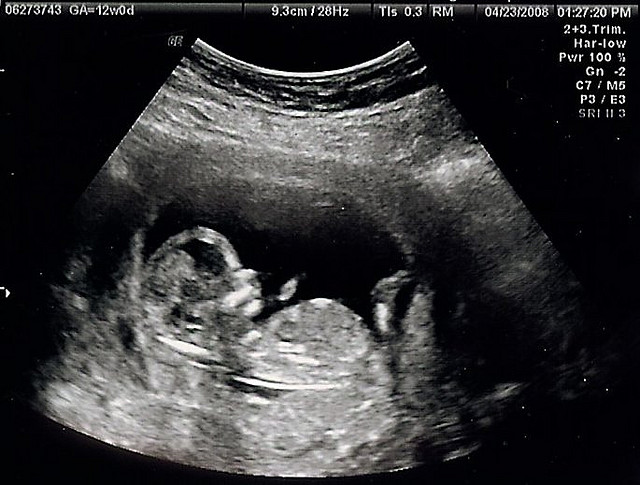 An Indiana state senator has proposed a law that would block a medical provider from performing an abortion if he or she knew the choice was made because of a genetic disability or the gender of the fetus.

In those cases, the doctor would be committing a felony if he or she moved forward with the abortion, according to an Indianapolis Star report on the bill proposed by Indiana Republican Travis Holdman.

As you can imagine, the proposal has stirred up some ferocious debate.

And while Holdman did not make himself available to comment on what he had to know would be controversial legislation, advocates on both sides made themselves heard.

“We support the bill, because we don’t believe an unborn child should be discriminated against based on disability or sex,” said Mike Fichter, president and CEO of Indiana Right to Life. … He pointed out that “as a culture, we would never accept the killing of a 2-year-old with Down syndrome or disability,” and argued the same societal standard should be upheld in utero.

“It’s always scary when a legislative body wants to practice medicine,” said Carolyn Meagher, co-president of the Indiana Religious Coalition for Reproductive Justice. She added: “Why is this a matter of public health that they’re determining this? … When our state creates laws that restrict the ability (for people) to look at their options and decide what is best for them, we are hurting people.”

Meagher and a Planned Parenthood official, Betty Cockrum, criticized the state’s focus on regulating abortion instead of improving sexual education and other measures to cut back on unexpected pregnancies. Currently in Indiana a woman seeking an abortion is told the fetus feels pain, is shown a picture of the fetus and listens to the heartbeat unless she asks not to, according to the story.

In addition, Meagher and Cockrum suggested that the state’s energy would be better directed toward creating more services for people with disabilities.

“It seems to be that part of this discussion needs to be adequately funding special-needs kids and special-needs households,” said Cockrum, [president and CEO of Planned Parenthood of Indiana and Kentucky].

The bill, as is, would ban abortions upon diagnosis or “potential diagnosis” of a disability, ranging from Down syndrome or dwarfism to a mental illness, according to the story.

Another bill in Indiana’s House could change the information that families are given by doctors when a fetus is diagnosed with Down syndrome or another disability.

Authored by Rep. Ron Bacon, R-Chandler, the bill would not allow pregnancy termination to be presented “as a neutral or acceptable option.”

Pennsylvania signed a similar bill about information into law over the summer, and it became effective on Oct. 1, according to a story by the Philadelphia Inquirer.

Entitled “The Down Syndrome Prenatal and Postnatal Education Act,” the law requires medical providers to give pregnant women or new parents information about Down syndrome from the state Department of Health.

The law was heavily supported by advocates of people with disabilities. A physicians’ group opposed it for interfering in the patient-doctor relationship, and others felt it was merely a more subtle way of discouraging abortions when a fetus has been diagnosed with a disability.