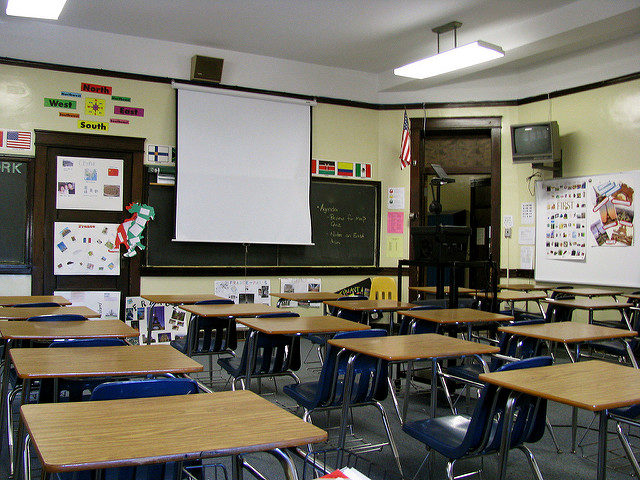 The budget is a far cry from what advocates were pushing for, which included the use of budget surplus funds to make a substantial investment in districts looking for assistance with rapidly rising mandated costs and recovery from the impacts of the pandemic.

“Like pennies from heaven, budget negotiators had an almost magical opportunity to shatter the systemic inequities plaguing PA school districts,” advocacy coalition PA Schools Work said in a statement. “Yet they passed up that opportunity.”

Some notable education investments from the budget:

Courtroom 3002: Fight for fair education sees its day in court this September

A 2014 lawsuit against Pennsylvania leaders and education officials that alleges they are failing to supply enough funds for an equitable, high-quality public education system for students statewide will have its day in court in September.

Courtroom 3002 will house the trial set to begin on Sept. 9 at the Pennsylvania Judicial Center in Harrisburg, per a Commonwealth Court order released in late June. Commonwealth Court Judge Renée Cohn Jubelirer will preside over the case and said at a June pre-trial conference she expects the livestreamed trial to be held five days a week.

Those who filed the class-action lawsuit are represented by the Public Interest Law Center, the Education Law Center and O’Melveny & Myers LLP.

Pittsburgh Public Schools officials may need to cut more than 1,000 students enrolled in its summer learning program to adjust for staffing shortages.

The district announced Wednesday the kick-off of its Summer B.O.O.S.T. program, which was set to begin on June 22, would be postponed a week due to staffing shortages and will now begin on June 28. The program will finish on Aug. 4, which didn’t change, and is anticipated to serve students four days each week when it begins.

“After several attempts to recruit staff and adjust the program model, we are forced to take steps to reduce the number of students we will be able to serve as part of our Summer BOOST program,” Superintendent Anthony Hamlet said in a release.

The district currently has 120 staffers for the program and needs an additional 127 to serve the originally planned 2,500 students this summer.

Students will be prioritized by need as reductions are made, the district said. Families will know their camp status by June 18. Summer B.O.O.S.T. offers programming for students in kindergarten through 11th grade.

District spokesperson Ebony Pugh said the district is shifting staff roles in some cases to cover shortages and considering different ways to incentivize staff. Pugh said the district is still receiving applications for new staff members, as recent as Wednesday, but that it takes about three weeks for an outside applicant to be onboarded and ready to staff the program.

Summer programs across Allegheny County and the country have experienced similar summer program staffing shortages, following a year that left many educators exhausted or burnt out.

3/19/21: No changes for PPS based on CDC guidance and more news on students’ return to schools

1/20/21: Another in-person instruction delay on the table for PPS