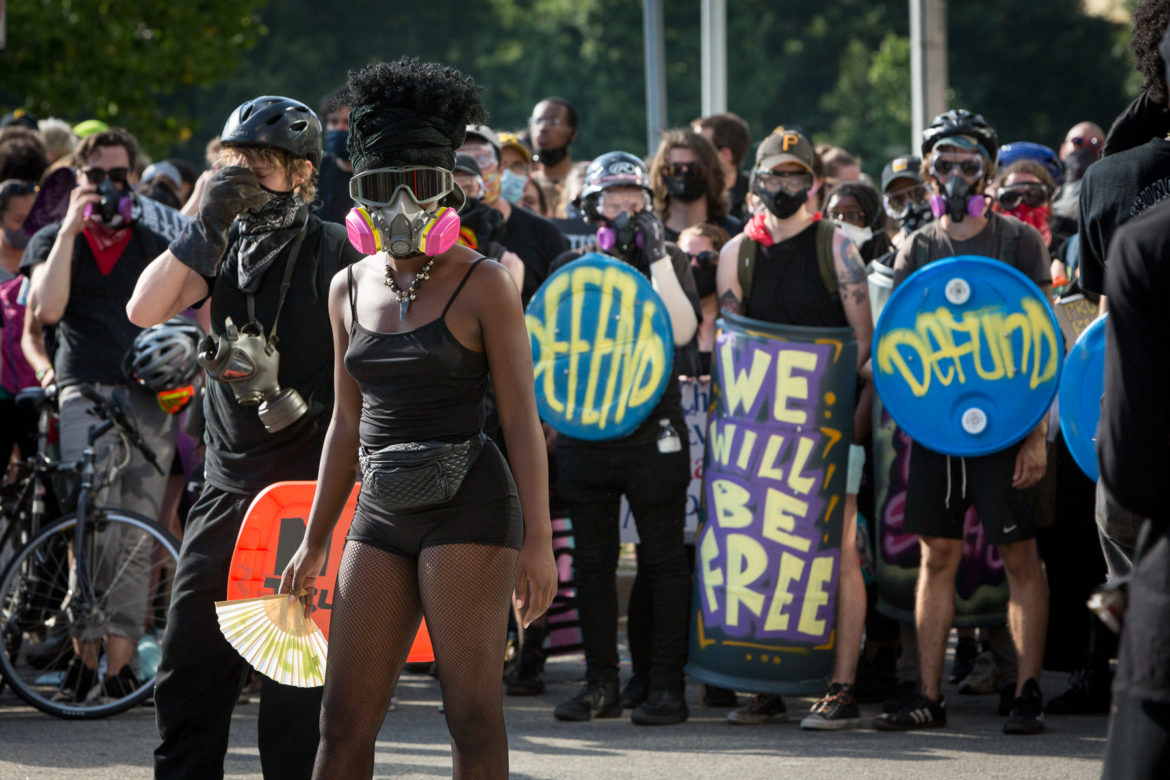 Hundreds of protestors marched for more than three hours Saturday from Market Square and then across Downtown to advocate for policy changes following long-held frustration with police brutality.

“I know today is around 95 degrees, but I’m gonna still need you to come with the same energy as always,” 18-year-old organizer Nick Anglin said at the beginning of the event. 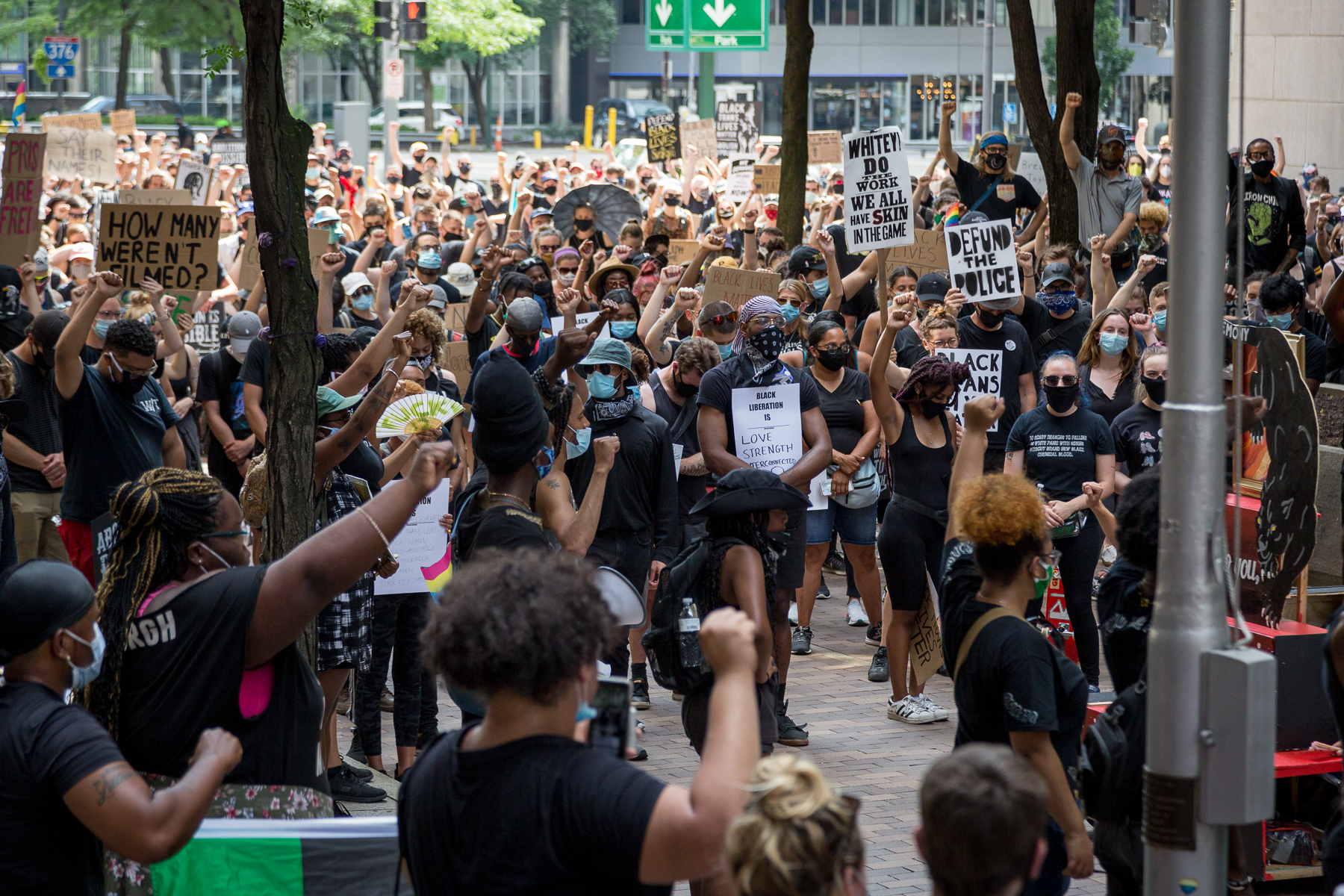 The protest, part of Black Young, & Educated’s “Civil Saturdays” series that began in response to the death of George Floyd in police custody in Minneapolis on May 25, brought together a multi-racial group of people who marched and chanted from 3 p.m. into the evening. Protestors primarily urged changing Section 508 of the Pennsylvania statutes, which details when a police officer can use force. Activists argue the language is overly broad, allowing police to carelessly use force.

The demonstration engendered plenty of emotion throughout the day, and some speakers teared up. After an especially emotional eight minute and 46 second moment of silence to remember Floyd toward the end of the day, one activist suggested the crowd destress by screaming as loudly as possible. Multiple long, guttural screams ensued. 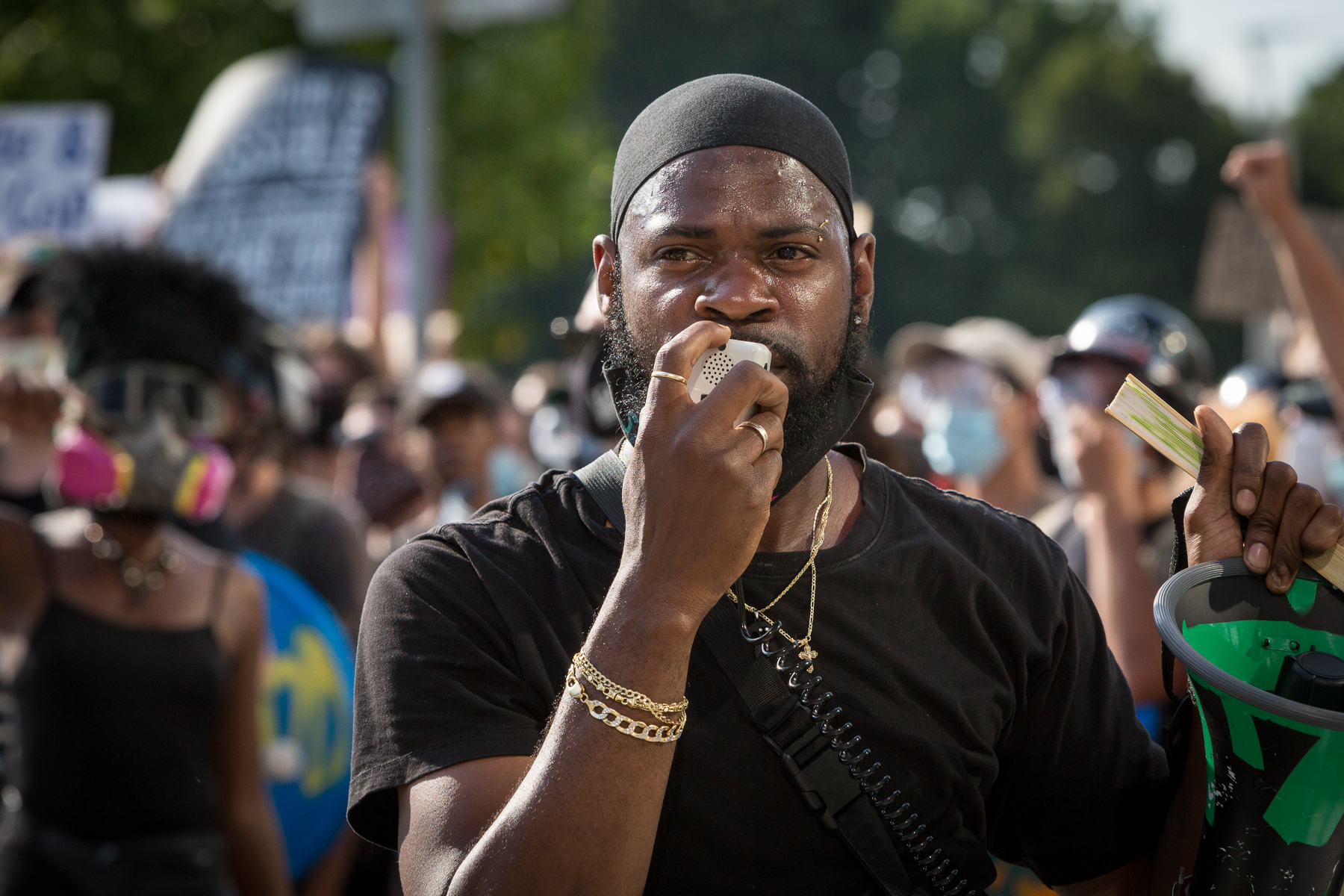 The group regularly stopped to allow for speakers to give remarks and for individuals to give out water, sports drinks and snacks.

“I want to thank you all for coming out today because you realize that July 4th is not a day to celebrate until all of us have freedom,” Anglin said. 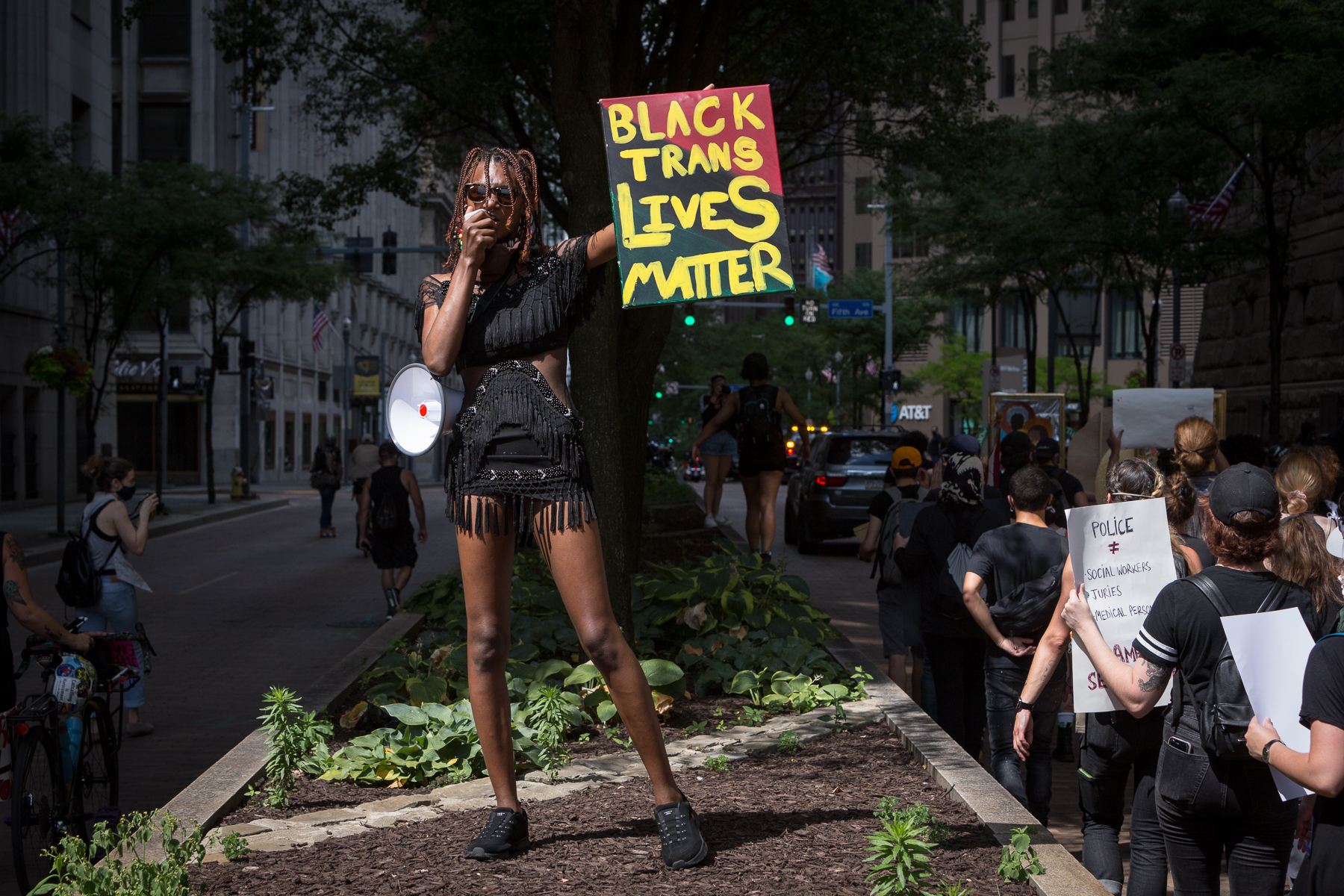 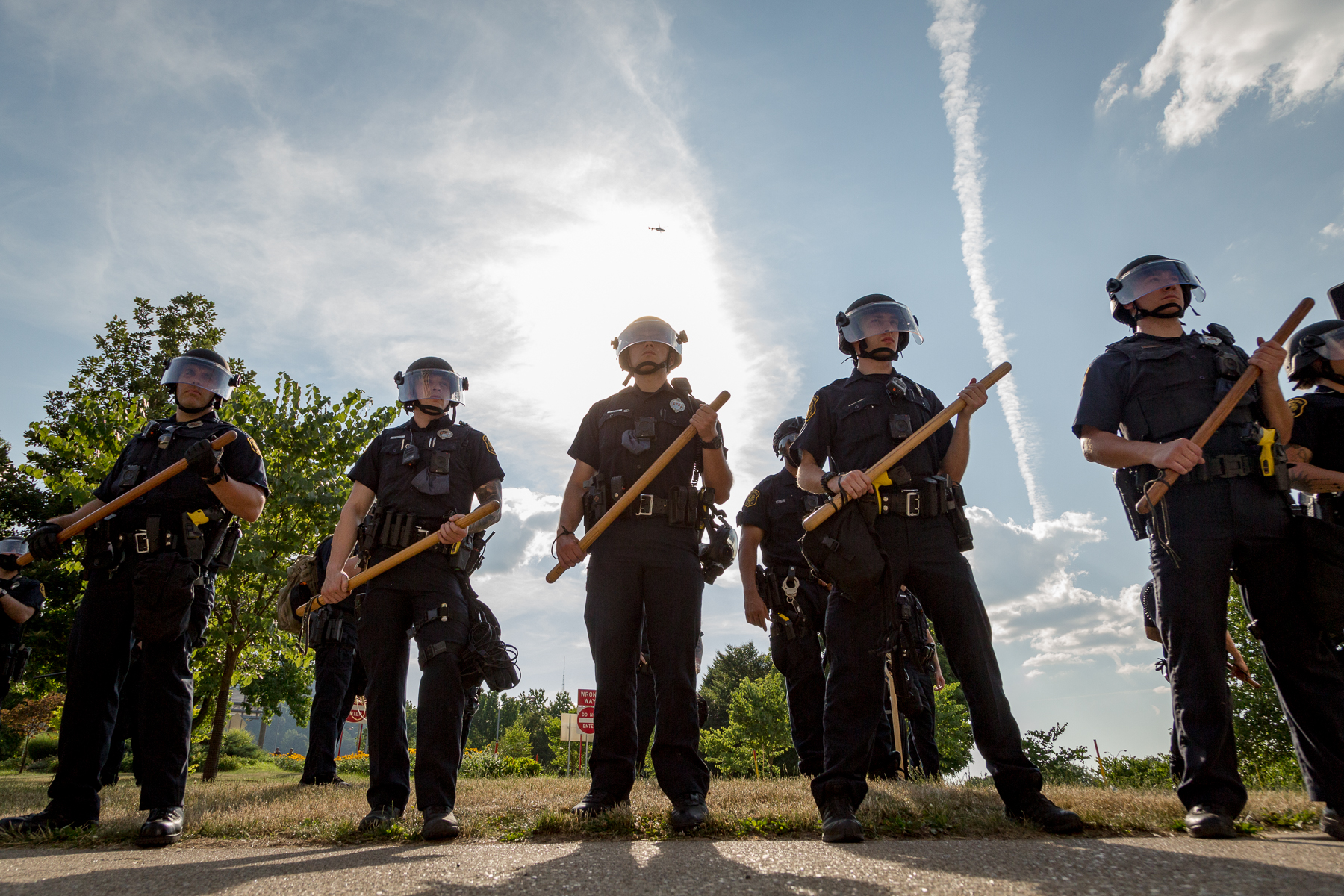 Dozens of police officers clad in riot gear blocked the protestors near Point State Park, but there were no altercations between officers and protestors. Protestors distributed safety goggles as a precaution and chanted, “I don’t see no riot here! Why are you in riot gear?”

Earlier in the day, police in riot gear also showed up during tense but nonviolent clashes between Donald Trump supporters and Black Lives Matter activists, according to the Tribune Review. 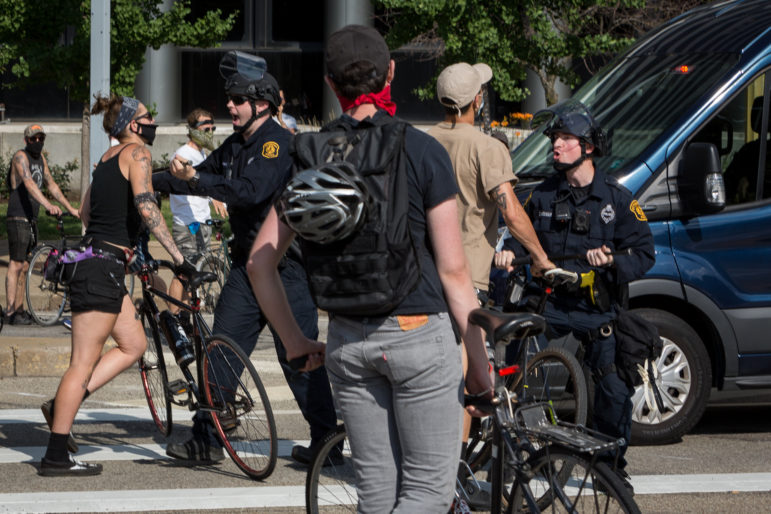 Some of the demonstrators who spoke noted that continuing to protest is necessary until concrete policy changes come.

“We will continue to be out here until we see change,” Anglin said. “And I’m not talking performative change. I am talking real change.”

Clarification, July 5: A previous version of the last photo imprecisely characterized the location of the confrontation. The caption has been amended.